The Peatlands Behind Scotch Are Now Part of Global Climate Talks

Whether you enjoy Scotch or not, the carbon-rich soil used in the whisky's production holds great potential for mitigating climate change. 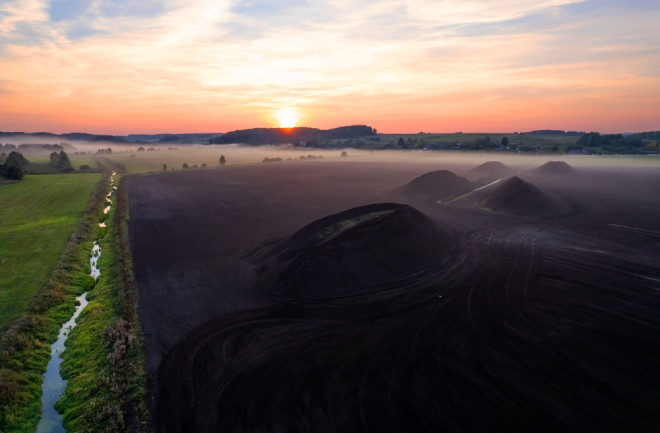 At the most recent UN Climate Change Conference (COP26) held in Glasgow, UK, the conservation of peatlands emerged as one of the key talking points. Scientists and policymakers discussed the reduction of global emissions related to protecting and restoring peatlands all over the globe. Experts say the contributions of peatlands are undervalued, and conservation efforts have underinvested in these unique high-carbon ecosystems.

At present, about 16–25 percent of global peatlands have been degraded or drained for alternative land uses, such as agriculture production, forestry and peat mining. These practices release a significant amount of greenhouse gases, like carbon dioxide (CO2), methane and nitrous oxide, which contributes to global warming. Therefore, conserving and restoring peatlands is an effective nature-based solution to combat climate change.

“We have peatland soils that have accumulated over millennia,” says Angela Gallego-Sala, a biochemist specialized in peatlands at the UK’s University of Exeter. “This makes them very interesting, as they store information on how the ecosystem was all that time ago. But also, over time, they have become very large stores of carbon — and so, this is where they are important for the climate system.”

Peatlands form when organic matter from plants builds up over time to create an environment rich in carbon. The build-up occurs because the ground is permanently flooded, which means decomposers are starved of the oxygen they need to break down dead plant matter and recycle nutrients, says Lydia Cole, a conservation ecologist at the University of St. Andrews in Scotland.

When plants die in peatlands, the carbon they contain does not get released and the plant material accumulates in the soil. By locking in this carbon, and keeping it out of the atmosphere, this helps reduce the rate at which the planet warms. While peatlands only cover about 3 percent of the global land surface area, they store at least twice as much carbon as all of the world’s forests. Simply put, pristine peatlands are a carbon sink, says Gallego-Sala.

These landscapes also do much more than store carbon. In Ireland and the UK, peatlands are responsible for about 85 percent of all drinking water. More than 880 square miles of peatlands also provide drinking water to approximately 71.4 million people around the globe. In addition, peatlands are home to endemic and threatened plant and animal species, which also play a role in storing carbon and holding reservoirs of water.

“Generally, at present, we can make more money from a drained peatland than a healthy, waterlogged one,” says Cole. “Draining a peatland makes it act more like the fields that we’re [accustomed] to farming and producing food from. We can also damage peatlands if we destroy the plants that are growing in them, since it is the plants that produce the organic matter that creates peat in the first place.”

The environmental impact of drained or damaged peatlands is multifold. Not only will they stop locking in carbon, but they will also release the carbon that they have been storing. The peatland will also be less capable of holding on to moisture, affecting its water quality and quantity. Therefore, it’s important to avoid draining peatlands for whatever purpose as much as possible.

Traditionally, the production of Scotch whisky involves peat, giving it the characteristic smoky, peaty flavor. Although some whiskies are also made without peat, they don’t have the same flavor and aroma that people often seek in their Scotch.

”During the malting process, germinated barley grains are slowly dried under high temperatures over a day or so,” says Cole. “Peat is burnt to create smoke, which contains aromas that the barley grains absorb and later release when the grains are mixed with water in the mashing stage.”

The depth of the extracted peat, it turns out, can affect its composition, which could potentially influence the flavor as well.

“With peat accumulating at an average of 1 millimeter of depth per year, even cutting a block of peat of 30 centimeter depth would take 300 years to replace through natural peat accumulation,” says Cole. “And there aren’t any ways we know to significantly speed up this process. So the whisky industry, as a whole, is likely using peat more quickly than it can regrow.”

The Scotch Whisky Association (SWA), whose members represent more than 95 percent of Scotch whisky production, pledges to extract peat responsibly and actively conserve and restore Scotland's peatlands by 2035. They also intend to achieve net-zero carbon emissions in their operations by 2040 as part of their sustainability strategy.

“The Scottish whisky industry is already on board to minimize their impact on peatlands and a lot of the industries are funding the restoration of peatlands in Scotland,” says Gallego-Sala. “But a serious conversation must be had — and I think this is already happening — about how we balance the extraction and burning of peat with restoration and protection.”

Peatlands Must Be Protected

Conserving these ecosystems that have been traditionally viewed as barren and unproductive is in everybody’s best interest. According to a 2021 report released by the UN Environment Programme (UNEP) and the Global Peatlands Initiative (GPI), protecting and restoring peatlands can reduce global greenhouse gas emissions by about 800 million metric tonnes per year, roughly equivalent to the country of Germany’s annual emissions.

“Ultimately, to protect peatlands, we should let them be,” says Cole. “Protecting them certainly isn’t compatible with draining them in any way. Restoring them involves blocking any drains and assisting the natural peat-forming vegetation to re-establish.”

Peatlands that are considered unrestorable can be successfully rewetted with trenching techniques that prevent water drainage through underground cracks. The practice of paladiculture or wetland agriculture is sometimes recommended as a way to use areas of drained or otherwise damaged peatlands and restore them to make them economically useful. They can also be converted for silvicultural uses, like growing trees for palm oil or timber.

“We must acknowledge their value and protect intact peatlands, not just in Scotland, but all over the world,” says Gallego-Sala. “As world citizens — and also consumers — we must take responsibility for protecting peatlands everywhere.”

“Whisky makers are on board and have already put in place strategies to minimize the use of peat, like grinding it to produce more smoke, smoke recycling systems, etc.,” says Gallego-Sala. “They are also involved in funding the restoration efforts, which also makes sense. These are all steps in the right direction.”

More From Discover
Health
Is 'Expired' Milk Safe to Drink? Here's How to Know When to Throw Away Food
Health
How Saliva Changes The Flavor Of Food
The Sciences
The Domino Effects of a Global Food Shortage
Health
What Factors Matter Most For Weight Loss?
Health
4 Science-Backed Diets to Improve Your Health
Health
Beer Hops May Fend Off Alzheimer’s
Recommendations From Our Store
My Science ShopDiscover STEM Kits
My Science ShopDiscover 2022 Calendar
My Science ShopStrange Science
My Science ShopElements Flashcards
Shop Now
Stay Curious
Join
Our List