Venoms are deadly cocktails of peptides and proteins, but as individual components, venomous compounds can be used as life-saving drugs. 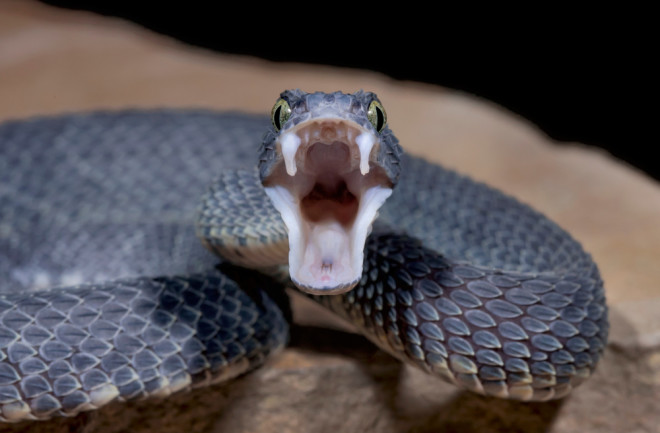 You don’t want to get bitten by a Brazilian pit viper.

Their venom tanks a victim’s blood pressure, which helps them knock out prey in the wild, sure. But when they bite humans, it can cause swelling, pain, kidney failure and even brain hemorrhages. There’s a reason the snake’s genus Bothrops kills more people in the Americas than any other genus.

In the 20th century, Sir John Vane, who would later win the Nobel Prize, and his colleague Sérgio Henrique Ferreira had a radical idea: What if they modified one of the active components of the Brazilian pit viper’s venom to lower blood pressure in hypertensive patients?

The snake’s venom inhibits a molecule called angiotensin converting enzyme (ACE). Normally, this enzyme plays a critical role in regulating blood pressure. When ACE is inhibited by a snakebite, though, the victim’s blood pressure falls through the floor.

Working with a pharmaceutical company, the duo developed a synthetic mimic of one of the venom’s active components. This drug, named captopril, became the first FDA-approved ACE inhibitor. Experts say that the discovery revolutionized the way physicians treat cardiovascular disease.

Today, snakes are just one of many venomous animals that scientists turn to as inspiration for drug discovery. For example, exenatide is a treatment for type-2 diabetes based on Gila monster venom, ziconotide is a pain medication based on cone snail venom and desirudin is a blood thinner used to treat blood clots in a deep vein based on leech toxins.

It might seem counterintuitive to research deadly venoms in search of life-saving drugs, but the two have more in common than you might think. As venomous predators and their prey engaged in an evolutionary arms race, natural selection has driven venoms to become extremely precise, fast-acting and potent in the body — all desirable qualities for an efficient medication.

The Biochemistry and Evolution of Venom

Scientists estimate that there are more than 220,000 venomous species, ranging from jellyfish to mammals. That’s 15 percent of Earth’s animal diversity.

That astonishing biodiversity is paralleled by chemical diversity, too. Venom isn’t a single molecule. It’s a complex cocktail of peptides and enzymes that disrupt the physiology of another organism, says Helena Safavi, a biochemist at the University of Utah and the University of Copenhagen. Some of the most complex venoms in spiders and cone snails can have thousands of components.

You would probably never use an entire venomous mixture in medicine, Safavi says. “But because it's such a complex mixture of things, we can go and look at the individual components that, when they're given as an individual entity, they can be therapeutic.”

Sometimes, the venomous peptide’s effect in humans parallels its effect in predator-prey interactions. For instance, the cone snail Conus geographus, a deadly fish hunter, releases insulin in its venom. That causes the fish’s blood sugar to plummet, stunning them so the snail can capture and eat the fish. The snail’s insulin acts at lightning speed – it needs to be quick so the fish doesn’t escape.

The insulin can activate quickly because of the way it’s packaged. Human insulin comes in a six-pack of molecules that takes up to an hour to break apart and use. Meanwhile, the snail’s version exists as just a single molecule that’s ready to react when called upon. Safavi’s team has used snail insulin as inspiration to modify human insulin to be fast-acting and potent for diabetes management.

Other venom-based drugs might have pharmaceutical applications that are less intuitive. For example, the FDA-approved pain treatment PRIALT, also called ziconotide, is also based on cone snail venom. It may not be an relieve pain in fish predation, but it can reduce chronic pain when injected into the spine of HIV and cancer patients.

“In order to capture their prey, [cone snails] knock out their sensory systems,” says Baldomero Olivera, a biochemist and neuroscientist at the University of Utah. “Things that inhibit sensory neurons are generally candidates for potentially inhibiting the circuitry that sends us pain.”

Perhaps one of the most out-of-the-box ways to use venom in medicine is to treat cancer. Blazing the trail for venom-based cancer treatments is Mandë Holford, a marine chemical biologist based at the City University of New York Hunter College and Graduate Center and the American Museum of Natural History.

The logic is this: Cancer cells overexpress some cellular channels. Holford’s team identified a compound in the venom of auger snails, a close relative to cone snails, that blocks one of these channels. When it’s injected into tumor-bearing mice, it inhibits liver cancer proliferation and tumor size. For the most part, the treatment spares non-cancerous cells, so it could even alleviate the slate of side effects of traditional chemotherapy, according to Holford.

“It seems like a really clever way of trying to treat this very intractable problem that we have,” says Holford.

The Road from Venom to Treatment

The process from venom characterization to FDA approval is long and arduous.

“[Companies] want research to be fairly advanced before they start putting a lot of money behind it. We academic labs don’t have those resources, and we typically don’t have the expertise,” says Safavi.

Yet some researchers say that the biggest hurdle comes before translation. “The problem in most cases is that we don’t understand the molecular correlates of many diseases,” says Olivera.

Holford adds that there’s a similar gap in the basic understanding of venom. “You can’t get to the finish line unless you know what you have,” Holford says. With hundreds to thousands of candidate molecules per species, characterizing the venom can be a heavy lift. And Holford hopes that the search for venom-based drugs can inspire people to protect biodiversity.

“Scientists have identified that we’re going to have a huge biodiversity loss by 2030, and we’ve just begun to scratch the surface and identify these venomous animals,” Holford says. “It’s important to understand not only the therapies that these animals are giving us, but the importance that they play in our natural environment.”

More From Discover
Health
Walking vs. Running Benefits: Should You Walk or Run for Exercise?
Health
What is the Purpose of Hiccuping?
Mind
Gut Bacteria's Role in Anxiety and Depression: It’s Not Just In Your Head
The Sciences
This 2,300-Year-Old Mummy Has a Heart (and Tongue) of Gold
Mind
Can Playing Video Games Make You Smarter?
Health
Why Walking Might Be One of the Best Exercises For Health
Recommendations From Our Store
My Science ShopDiscover STEM Kits
My Science ShopDiscover 2022 Calendar
My Science ShopStrange Science
My Science ShopElements Flashcards
Shop Now
Stay Curious
Join
Our List