Research shows the negative impacts on women who were denied an abortion, including their mental and physical well-being. 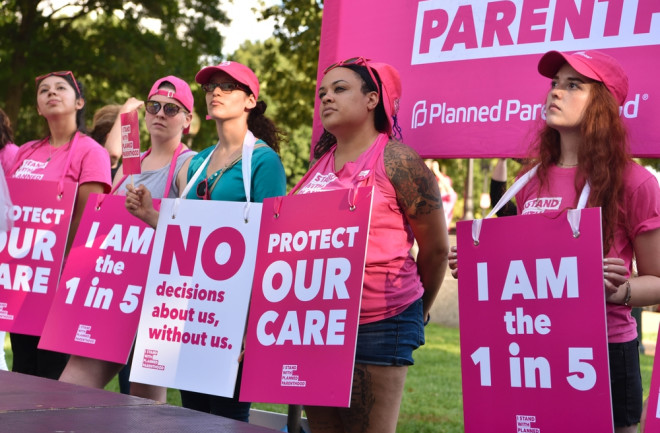 In early May, an unknown source leaked a draft of the Supreme Court’s decision for Dobbs v. Jackson Women’s Health Organization. In the case, petitioner Thomas Dobbs argued the court should overturn Roe v. Wade and allow states to determine whether abortion should be legal. The draft indicated the Supreme Court agreed.

Since the landmark case in 1973, state lawmakers opposed to abortion have implemented more than 1,000 laws restricting access. These laws determine when one can terminate a pregnancy and for what reasons, and who, if anyone, must be notified. The restrictions also limit which types of facilities and physicians can provide abortion care. By 2020, about 800 facilities provided abortions — one-third the amount available in the late 1980s.

These clinics must turn away patients if they are past their state’s gestational limit. Diana Green Foster of University of California, San Francisco, led a group of scholars to see what happened to patients who were denied abortions. For five years, they followed women who were denied an abortion and found their mental health, employment opportunities and well-being were worse than women who could end an unwanted pregnancy.

What Happens When Clinics Deny Abortions

Foster and her research team recruited 956 women between Jan. 1, 2008 and Dec. 31, 2010. They recruited women from 30 abortion facilities in 21 states. The researchers interviewed the women within a week of seeking the abortion and then twice a year for the next five years.

State restrictions require clinics to turn away women who are past a certain gestational limit, such as 12 weeks. The research team intentionally picked abortion clinics that had the latest gestational limit within 150 miles. If a woman missed the gestational deadline, she had no other options in her area.

Women reported missing the gestational deadline for a variety of reasons. Some didn’t realize they were pregnant. Others had to call multiple clinics to find an appointment and then secure funds to pay for travel and procedure costs.

The research team categorized the study participants into three groups to compare their experiences. In the first group, the “turnaways,” were denied abortions because they were past the gestational limit. There were two segments among this group. One segment carried their unwanted pregnancies to term and the other secured an abortion elsewhere or miscarried and did not give birth.

Participants had to speak either English or Spanish to take part in the study, and the average age was 24.9. Researchers excluded women who sought an abortion due to medical needs or issues with known fetal development. Half of the women lived in poverty. Of the participants, 37 percent were white (non-Hispanic), 29 percent were Black (non-Hispanic), 21 percent were Hispanic and 3 percent were Asian. All wanted to end their pregnancies.

Among the women who received abortions, the study found no evidence that having an abortion was harmful to their mental or physical well-being. In the long-term, the women who had abortions reported better employment opportunities and financial stability than those who were denied access. Their mental health was better, and in the years after the abortion, they reported less depression and anxiety than women who were turned away.

Researchers found a difference in mental well-being in just the first interview, which occurred within a week of a woman seeking an abortion. When women could access abortion care, they were more optimistic about their futures than the turnaway group. This included both those who carried the pregnancy to term and those who either had an abortion elsewhere or miscarried.

One week after seeking the abortion, the control group was six times more likely to have goals set for themselves, such as becoming financially stable or finishing school. In follow-up studies, they were twice as likely to achieve such goals, compared to the women who were turned away and carried the pregnancy to term.

Almost all the women in the turnaway group who carried the unwanted pregnancy to term did not have a history with alcohol or drug abuse. Of these women, 80 percent reported they did not have a history with anxiety or depression. In the week following the denial, women who were turned away, but eventually did not give birth, reported anxiety symptoms at twice the rate of those who received an abortion.

Over time, anxiety symptoms and cases decreased for all groups but remained highest among women who carried the unwanted pregnancy to term.

Researchers also found the women who clinics denied had more financial and physical issues during the five-year interview period.

In the follow-up interviews, women who carried the unwanted pregnancy to term were more likely to live in poverty, not work full-time and rely more on public assistance than the women in the control group. They were also more likely to remain in a domestic violence situation than those who secured an abortion. The researchers partly attributed this with the financial burden that comes with having an unplanned baby.

Turnaways who gave birth also had greater problems with their physical health than others in the study. Two of the women died from complications related to childbirth. In the long-term, turnaways reported chronic head and joint pain, as well as hypertension. They were more likely to report having poorer health than the other groups.

The authors concluded that denying an abortion can have a negative effect on the women’s physical and mental health, both of which can curtail opportunities in life.

How Effective Are Colonoscopies at Detecting Colon Cancer?