Does Smoking Marijuana Cause Cancer?

We know smoking cigarettes can cause lung cancer. But what about cannabis use? 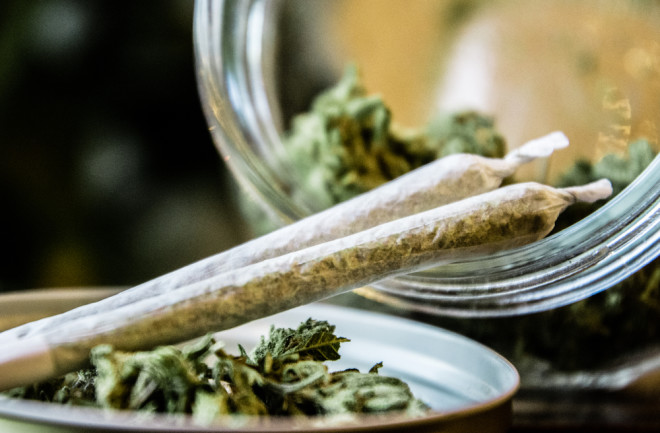 As of March 2021, marijuana is legal for all adults in 16 states. Thirty-six states, the District of Columbia and three U.S. territories have medical marijuana programs, while 11 other states allow the use of low-THC cannabidiol products for medical reasons. Only 6 states remain where marijuana is fully illegal.

As the legality of weed increases, more people could try out the drug, while existing users may increase their usage. This means health experts and marijuana users alike are wondering: How safe is marijuana, really?

There is some preliminary evidence that marijuana use is associated with increased risk for mental health disorders like psychosis and depression. States that have legalized marijuana have seen an uptick in car crashes. But the biggest outstanding question seems to be whether marijuana use, especially smoking it, causes cancer in the same way as smoking cigarettes.

“The unfortunate short answer is that we just don’t really know that much,” says Deborah Korenstein, chief of the General Medicine Service at Memorial Sloan Kettering Cancer Center. Korenstein and her colleagues recently dove into scientific literature to find all the studies they could that examined whether marijuana use affected cancer risk. They only found about 25 studies. “There were problems with almost all of them that really limited our ability to draw conclusions.”

Looking across the results of the studies, there were few consistencies. Some showed increased risk. Some showed decreased risk. The only consistency was a link between regular marijuana use and a certain type of testicular cancer — but even that evidence was weak. The team published their review in 2019 in JAMA.

There are a couple of reasons why well-conducted scientific research on marijuana is so scarce. Since the substance is still illegal at the federal level, regulatory barriers make it difficult to study. (Though marijuana research funding is rapidly increasing.) Many of the studies currently out there are relatively outdated and come from a time when observational study methods weren’t what they are today — and when marijuana users may have been hesitant to disclose their drug use.

Still, there are some studies that provide insight into marijuana's health effects. Frequent marijuana use has been associated with gum disease, or periodontitis, which is a risk factor for oral cancer. And researchers at Canada’s McMaster University conducted a marijuana study at the institution's head and neck cancer unit in 2018. They found that the patients who used marijuana on at least a weekly basis were more likely to have a specific type of head and neck cancer — p16+ oropharyngeal cancers — and were more likely to be undergoing chemoradiotherapy.

Given what we know about smoking tobacco, it may seem intuitive that smoking marijuana could cause lung problems and certain cancers. The two substances share a lot of the same toxins, including carcinogenic ones. Although regular marijuana smoking can directly cause symptoms of chronic bronchitis (coughing, wheezing, and coughing up sputum), there’s actually a lack of conclusive evidence that it increases the risk for lung cancer.

But there’s something else we’ve learned from decades of tobacco research: The dose makes the poison. And people don’t typically smoke cannabis at the same levels as they do tobacco.

Read more: The Experiments Revealing How Marijuana Could Treat Dementia

This means that even if smoking marijuana were, hypothetically, as harmful as smoking tobacco, people just aren’t taking in marijuana smoke at the same levels.

What We Don't Know

One of the bigger issues surrounding marijuana and cancer, says Korenstein, is the idea that cannabis actually cures cancer. “I think that’s quite dangerous,” she says. “There’s no evidence in humans that that’s true, and I personally think it’s extremely unlikely to be the case.”

There’s also even less known about the risks of vaping marijuana or consuming edibles when compared with combustible marijuana. Same goes for cannabidiol, or CBD. “In the last few years, it seems everyone and their mother is using CBD, and there’s so little known,” Korenstein says.

As marijuana use ramps up with increasing legality, more research on potential harms — and benefits — should be on the way.

Read more: Delta-8-THC Promises to Get You High Without the Paranoia or Anxiety

Can Cannabinoids Unlock a Better Understanding of Our Bodies and Brains?