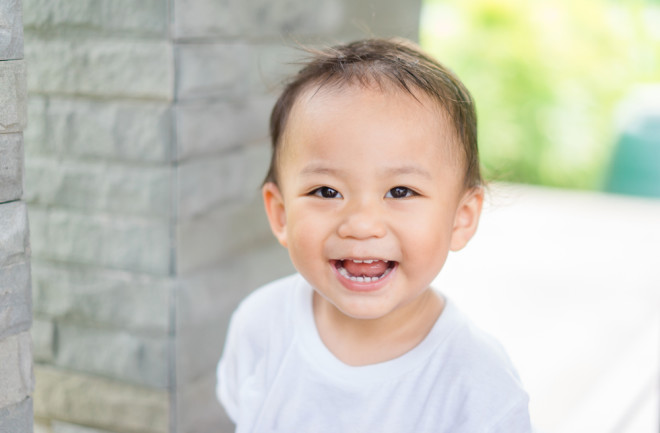 In some childhoods, the loss of baby teeth means a visit from the Tooth Fairy, providing children with their first monetary gains.

Several recent studies, however, suggest that baby teeth might provide children with something far greater than cash: The knowledge of their risk for developing a mental illness.

The examination of growth marks in baby teeth may help determine a child’s risk for depression or other mental disorders later in life, suggests a November 2021 study, published in the Journal of American Medical Association’s JAMA Network Open.

Doctor Erin C. Dunn, a social and psychiatric epidemiologist who is an associate professor of psychiatry at Harvard Medical School, is the study’s senior author. She also describes herself to children as a “science tooth fairy,” or a scientist with a keen interest in what human teeth can tell us about our health.

From the perspective of medical biomarkers – those objective, measurable signs like cholesterol or blood pressure – Dunn says teeth are particularly exciting in the promise they may hold.

"Teeth are thought to be almost like fossil records of our early life experience," she says, noting that anthropologists and archeologists have long-studied the teeth of humans who died hundreds or thousands of years ago, working to piece together what their lives might have been like.

Human baby teeth contain a number of tiny growth or stress lines that researchers can examine under a microscope when cutting open a tooth. One of these lines is known as the neonatal line, which anthropologists often use to differentiate between a child’s in-the-womb and after-birth existences.

Although it’s not known exactly why the neonatal line forms, Dunn says the width of this line is thought to correlate with the level of stress experienced at a child’s birth. Wider lines correspond to more stress, while thinner lines correspond with less.

As for mental health, teeth develop in parallel with the brain. Dunn has particular interest in knowing if childhood adversity is a risk factor for developing mental issues. Recent data suggests exposure to adversity accounts for between 30 percent to 40 percent variability in whether someone develops a mental condition or not, she says.

However, one of psychiatry’s current issues is that measurements for early life experience data are based heavily on self-reporting. Researchers in a clinical or research study will ask people if they were exposed to childhood adversity, but those people may not have accurate memory or knowledge of experiences, says Dunn. People may forget or repress those painful experiences.

Researchers could instead ask parents about their children’s adversity, but parents may be reluctant to talk about these painful events, particularly if parents themselves were implicated in such events, says Dunn. Just the same, parents may be unaware their children were even exposed to certain things.

With this in mind, Dunn and researchers wondered: Could the width of a child’s neonatal line, in combination with the mental wellness of their mother during and after pregnancy, correlate with one another?

To find out, researchers analyzed 70 primary teeth – specifically the pointed ‘canine’ teeth that typically come loose between ages five and seven – from the Avon Longitudinal Study of Parents and Children in the United Kingdom.

Researchers also examined responses from the mothers of those children, who shared any instances of depression, anxiety and other psychiatric issues, as well as perceptions of social support during and shortly after their pregnancies. They examined if mothers endured any stressful life events during or shortly after pregnancy, as well as any neighborhood concerns during pregnancy.

Dunn says it was surprising to see associations between the neonatal lines for social support, suggesting teeth may not just hold biological records of risk factors, but protective ones, too.

The results of this study led Dunn and fellow researchers to subsequent studies. The first, published in Frontiers of Dental Medicine in March 2022, took the incisors of 37 kindergarten-aged children enrolled in a school-based wellness study of public school children in San Francisco’s Bay Area.

The study used Micro-CT scans to analyze the enamel, dentin and pulp of the teeth. It also analyzed the mental health symptoms of the children using parent- and teacher-reported behavioral questionnaires and children’s self-reported assessments. Researchers obtained the latter through interviews with hand puppets. The results showed for the first time a connection between teeth measurements and mental health.

A third study, currently underway and featured in the Boston Globe, relates to the 2013 Boston Marathon Bombing. Dunn and her team are analyzing the stories of more than 250 women in the Boston area who were either pregnant or had newborns at the time of the deadly terrorist attack. These include women who saw the events on the news, were at the marathon and near the attack, and lived very close to the firefight that played out between police and the bombing suspects.

Researchers will collect and analyze the primary teeth of the children, testing the hypothesis that primary teeth marks might record a stressful life event.

While there are numerous reasons why people develop mental illnesses, Dunn says it’s her hope that the studies she’s conducting may one day make a difference. She hopes to help clinicians identify children most at risk of mental health issues and connect them with preventative treatments that stop full-blown disorders from forming.