The story behind Vitamin C preventing and fighting the common cold is rife with debate, myth and continuing research. Here's what the latest findings suggest. 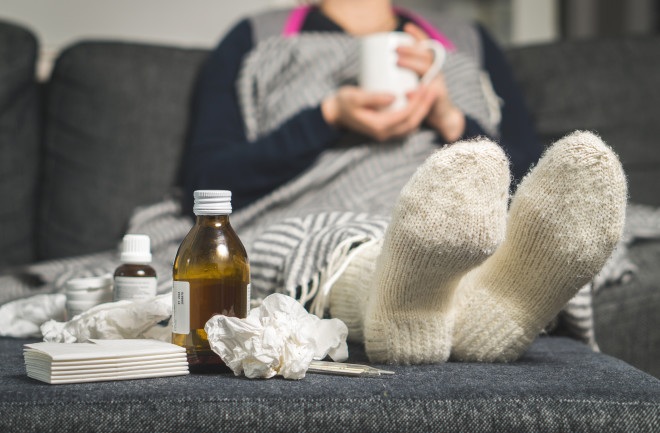 It’s that time of year in the Northern Hemisphere, when a certain non-caped crusader dominates the shelves of pharmacies and the blood streams of countless humans.

We’re talking about vitamin C supplements — a tiny substance with purportedly mighty powers against the common cold and respiratory illness. Except, the scientific evidence is shaky, and has been hotly debated for decades.

For nearly 50 years, this naturally-occurring vitamin has garnered a staggering reputation as a first-line supplement for boosting the immune system. (That’s largely thanks to one brilliant scientist, Linus Pauling) Yet, decades of clinical trials on the benefits of high doses of vitamin C (aka ascorbic acid in its natural form) show mixed and quite limited results in actual effectiveness, particularly for the general population.

The latest research suggests that so-called supercharging your immune system orally with vitamin C poses minimal benefits for the average human battling cold and flu season. Though some populations may benefit from a boost of this vitamin.

Read More: Dietary Supplements Are No Substitute For a Healthy Lifestyle

The Promise and Allure of Vitamin C

On the consumer level, the popularity of vitamin C as a cold remedy can mostly be traced back to the two-time Pulitzer Prize winning chemist-turned-polymath Linus Pauling (1901–1994).

In the second half of Pauling’s life, the “greatest chemist of [the 20th] century” developed a sort of obsession with vitamin C. His seminal book in 1970, Vitamin C and the Common Cold, explored his many theoretical ideas about the healing possibilities of vitamin C.

He ultimately believed that mega doses of vitamin C could help prevent most cancers, the onset of cardiovascular disease and myriad other health issues. Shortly before he died (at the age of 93), he said he was taking up to 18 grams of vitamin C per day. That’s roughly 200 times more than the National Institute of Health recommended daily amount of 90 milligrams for a typical adult male.

During his life, Pauling also helped conduct various studies to illuminate his claims. Though other researchers have criticized and challenged some of that work.

Fast forward to the modern day, and we now have popular products such as Ener-C delivering 1,000 milligrams of vitamin C per single-use packet. The product touts a “health and energy boost” and “immune support,” alongside a disclaimer that the statements have not been FDA approved (like all vitamins and dietary supplements sold in the U.S.).

Inspired by Pauling, the founder of Ener-C (which is produced by a company called Pauling Labs) has said that he consumes the equivalent of six to eight packets of Ener-C each day, or six-plus grams of vitamin C.

However, studies indicate that the body reaches maximum absorption of vitamin C in most people at approximately 400 milligrams per day. Excess vitamin C at that point is typically excreted through urine.

To be clear, vitamin C plays a crucial role in the normal functioning immune system.

The nutrient is required for the biosynthesis of collagen, acts as an antioxidant and assists in protein metabolism in the human body, among other functions. A severe deficiency of vitamin C can also cause scurvy, though the ailment is rare in most of the world today since it typically occurs only when vitamin C intake drops below 10 milligrams per day for many weeks.

Because humans do not produce vitamin C naturally, we must consume it. And thankfully, it’s widely available in many foods, including citrus fruits, red and green peppers, kiwi, white potatoes and cruciferous vegetables.

In fact, a single serving of a number of these foods can top the generally recommended daily dose ranging between 75 and 100 milligrams of vitamin C — or closer to 200 milligrams in some circumstances.

Who Benefits from Extra Vitamin C?

While levels of vitamin C between 50 and 200 milligrams per day help protect from illness, dozens of peer-reviewed clinical trials in recent decades have failed to show that higher doses prevent contracting the cold in the average person.

A large review published in Cochrane Database of Systematic Reviews in 2013 concluded that regular supplementation of vitamin C (above 200 milligrams per day) did not reduce incidences of colds in the general population. That was based on 29 placebo-controlled trials involving 11,306 participants.

Interesting, at least five trials in that review indicated that higher doses seemed to benefit people undergoing significant physical stress, such as marathon runners, skiers and soldiers. Based on the five trials with nearly 600 participants, vitamin C supplementation reduced incidences of colds in that population by roughly 50 percent.

Read More: What Stress Does to the Immune System

Higher doses did seem to decrease the duration of colds by an average of 8 percent in adults. In application, that means that a person battling a cold for seven days might recover 12 hours earlier if they’re taking mega doses of vitamin C.

For children, it was a bit more effective, decreasing cold duration by 14 percent. (That is, perhaps reducing a seven day cold down to six days.) But some of these benefits may depend on whether higher doses of vitamin C are taken before or after symptoms begin.

More recently, one comprehensive review published in 2021 by researchers at Harvard University indicated that vitamin C had a modest effect at reducing acute respiratory infections in middle-income countries and in males, but posed little difference in-higher income countries and women. One interpretation of those findings is that that men and less-wealthy populations might be more prone to vitamin C deficiency based on daily diet and lifestyles.

For starters, factors such as daily diet, dosage of vitamin C supplementation, frequency of use and means of intake (oral vs. intravenous) pose a range of variables all playing out in the complex human immune system.

But studies are presently underway investigating the potential health effects of vitamin C supplementation against COVID-19 and forms of cancer. Many more studies will be needed for definitive answers.

With that said, there are plenty of tried-and-true methods for supporting your immune system during stuffy-nose-and-sore-throat season. These include avoiding smoking, eating a diet high in fruits and vegetables, exercising regularly and getting adequate sleep.

More From Discover
Technology
The Hidden Science Behind Video Games Like The Last of Us
The Sciences
How a Zombie-Ant Fungus Can Infect a Host
The Sciences
Ancient Empires Used Bioweapons to Strike Terror More Than 3,000 Years Ago
Health
Here's Why Coronavirus Cases Are Surging in China
Health
Scientists Say Corpses Can Carry and Spread COVID-19
Health
When You Should Get the COVID-19 Booster After Infection
Recommendations From Our Store
My Science ShopDiscover STEM Kits
My Science ShopDiscover 2022 Calendar
My Science ShopStrange Science
My Science ShopElements Flashcards
Shop Now
Stay Curious
Join
Our List