Specialized cells in our gut can tell the brain whether you’re eating sugar or artificial sweeteners. The emerging research could help us understand the dynamic gut-brain connection. 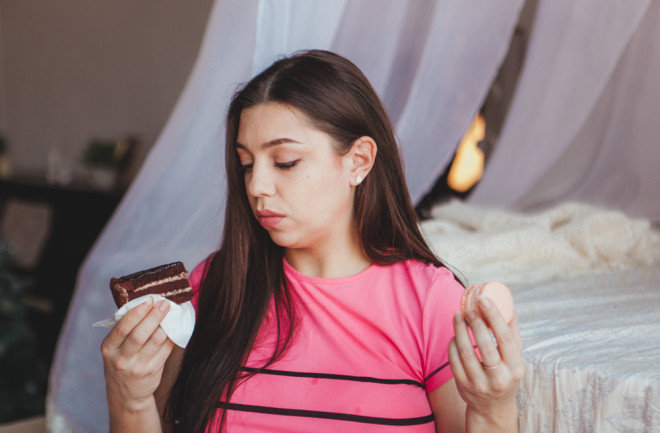 At his first Thanksgiving dinner in the U.S., Diego Bohórquez was seated next to a woman who had undergone gastric bypass. Her personal story changed the course of his career. Within six months of surgery, she’d lost 40 percent of her bodyweight, and her diabetes eased enough to make insulin shots unnecessary. She also told Bohórquez that the sight of runny egg yolks made her nauseous, but after the procedure, she craved egg yolks and ate them regularly.

Bohórquez had come to the U.S. from the Amazon region of Ecuador to study nutrition, and she asked him how this could have happened. Bohórquez was so captivated by her experience that he decided to combine neuroscience and nutrition, and study how the gut could drive food choices. That pursuit is now connecting unexpected dots in our vast and surprisingly communal body-mind network.

“We talk about ‘trust your gut,’ ‘gut feelings,’ and ‘this hits the spot,’ to portray many feelings. We have an entire lexicon behind this but we cannot specifically describe emotions driven by the sense of food,” says Bohórquez, an associate professor of medicine and neurobiology in the Duke University School of Medicine.

The sight and smell of food only partially explains our food choices. While many of us may opt for a diet soft drink over the sugared version — given that the global market for artificial sweeteners is valued at a whopping $7.2 billion — our gut microbes may actually be screaming “pick the sugar!”

Researchers who explore food cravings know that mice have taste buds for sugar. But knocking out those taste buds has demonstrated that mice can still tell when they’re eating sugar, and still prefer sugar over artificial sweeteners. The big buzz in neuroscience came around 10 years ago with the discovery of glucose-sensing taste receptors in the gut.

Bohórquez’ team solved another piece of the puzzle when they identified neuropods located throughout the gut. Neuropods are powerful but scarce, with 10 or so strategically located in each villus — a finger-like projection in the gut — where they can sample molecules floating their way. Bohórquez’s team recently discovered that neuropods located in the upper GI tract come equipped with receptors to detect sugar, and work as a sensor for the intestinal environment. The study, published recently in Nature Neuroscience, also showed that neuropods can tell whether mice have eaten sugar or artificial sweetener.

Having taste buds in the gut makes sense, says Bohórquez, because the tongue is an extension of the gut, which is about 8 meters long. “This entire tube-of-life has to make sense of the food we eat, along with the microbiota that live there,” he says.

A short YouTube video, uploaded by his lab, tells the story of how neuropods can tell the difference between sugar and artificial sweetener. Basically, the team used organoids —  3D lab cultures made of cells from mice and human — as stand-ins for the upper GI tract. Real sugar caused neuropod cells to release glutamate, a neurotransmitter, while artificial sweeteners caused the cells to release ATP, an energy-carrying molecule. Signals from these neuropods reach the brain in milliseconds.

The team also used a technique called optogenetics as a light switch to turn neuropods on and off in in living mice. When Bohórquez’ team silenced neuropods, the mice lost their sweet tooth. These real-time signals helped confirm that signals from the gut were driving the preference for sugar versus sweetener.

Until this discovery, researchers thought specialized cells in the gut only released hormones as chemical signals. Once the team discovered the cells could also send chemical signals along nerve fibers, they immediately wondered if the signals reached the brain via neurons or nerve cells. They found that neuropods connect directly to only one neuron in the vagus nerve, which in turn goes straight from the gut to the brain stem. These signals from the gut, or chemical code, tell the brain whether, for instance, you’re snacking on an orange, or sitting down for dinner.

Although this research is still preliminary, neuropods seem equipped to sense all macronutrients — fat, protein and carbohydrates — and also sense bacteria, says Bohórquez.

Research on neuropods fits in with the growing body of research explaining how our gut-brain connection can influence the kind of food we naturally seek. Animals (that means us, too) naturally have a preference for lipids and high-energy foods. If we’re missing certain nutrients, for instance, microbes set off cravings in our brains. Such behavior may be driven by evolutionary forces. And, as Bohórquez’s dinner companion learned, food preferences can change after bariatric surgery, a type of procedure that makes changes to the digestive system.

Microbes don’t act alone, the food-sensing regions in the brain join this molecular conversation, too. “This is a very complicated system we just started to understand,” says Lihua Ye, assistant professor in the department of neuroscience at The Ohio State University, College of Medicine. Our gut harbors such a complex microbe community. We have commensal bacteria, which help the immune system. We have pathogenic bacteria. Ye thinks our brain must have capacity to directly sense and respond to those bacteria.

Bohórquez says there’s research interest in identifying therapeutic uses for the neuropods, such as finding specific targets that reduce sugar cravings. But it’s still in the early days. For now, both Ye and Bohórquez suggest people eat a more essential diet, choosing, for instance, raw sugar and eating an orange rather than drinking orange juice to add fiber.

Figuring out how gut-to-brain signals determine food preference also gives us a foothold into some pathologic and metabolic diseases as well as diet tendencies, including addictions to high-sugar and high-fat foods, according to Ye. “Even though we all know those are not healthy choices, sometimes we cannot control it,” she says.

5 Tastes We've Developed and Why We Now Include Umami

More From Discover
Health
This Patch Measures Pains in the Neck (And Predicts Sports-Related Concussions)
Mind
The Well Sibling Syndrome and its Mental Health Impact
Health
The Blurred Line Between Lyme Disease and Mental Illness
Mind
Finding the Right Messaging: Reverse Psychology and Reactance
Mind
5 Rare Mental Conditions You May Not Know About
Mind
Having Dreams About the Same Person? Here’s Why
Recommendations From Our Store
My Science ShopDiscover STEM Kits
My Science ShopDiscover 2022 Calendar
My Science ShopStrange Science
My Science ShopElements Flashcards
Shop Now
Stay Curious
Join
Our List