Repairing the Damage After a Heart Attack

Surviving a heart attack can lead to additional heart problems, or even heart failure. Researchers are studying methods to repair damage and reduce this leading cause of death. 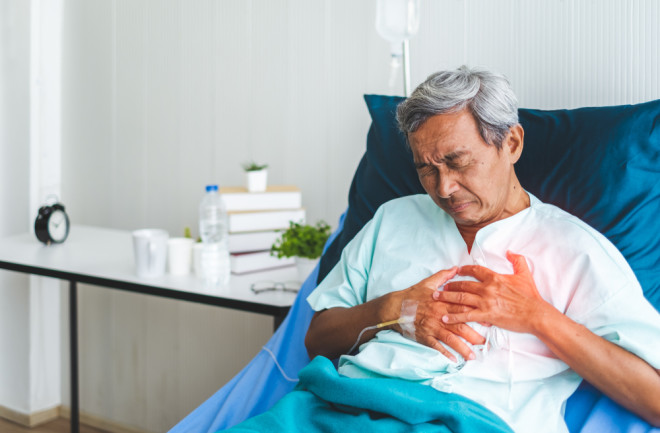 A heart attack is unexpected and can happen in an instant. A series of health missteps, which allow fats, cholesterol and other substances to coat the arteries and block normal blood flow, usually cause this health scare. Those missteps cut off the heart from the blood and oxygen it needs to survive.

Heart disease is also the country’s leading cause of death with one in three deaths attributed to the condition. And experts consider it a silent killer because most people don’t even realize the plaque gathering in their arteries is cutting off the flow of oxygen to the body’s most important muscle.

A new study however, published in the journal Circulation Research, is researching how to repair the damage done to the heart after an attack. This could help more patients to not only survive the initial blow, but the aftershocks that can do the most damage.

From Heart Attack to Heart Failure

Research shows that around 12 percent of people die as a result of the initial heart attack, but even those who survive, risk causing damage to the heart that will later result in heart failure. The more time the heart is cut off from oxygen, the worse the damage. That’s why when patients rush to the hospital after a heart attack, medical experts immediately open the arteries using cardiac catheterization or a balloon, or stint. They may also use anti-platelet medications to keep blood from clotting or impeding flow.

The goal is to stop the die-off of heart cells called cardiomyocytes. This can happen while the heart is cut off from oxygen, says Matthew Wolf, an associate professor of medicine at the University of Virginia. Once these cells harden and die, they don’t regenerate and instead the outside of the heart can become housed in scar tissue.

“The scar material does not contract, so it can lead to heart failure,” says Wolf.

That’s why Wolf has been researching methods for reviving cardiomyocytes after heart attacks. The research could keep the heart from remodeling “in an adverse way” from this build-up of scar tissue. In the new study, Wolf and his team used harmine, a chemical found in several medicinal plants, to stimulate the regeneration of cardiomyocytes in mice.

Pediatric cardiomyocytes continuously grow and divide when the heart is developing, but once we’re adults, they stop regenerating because of an enzyme called kinase. This means that after a heart attack, new cells do not replace damaged cells. Harmine seems to inhibit the ability of kinase to halt heart cell regeneration and the study showed that harmine stimulated the reproduction of cardiomyocytes in mice.

“The goal was to have adult cardiomyocytes re-enter the cell cycle and divide,” says Wolf. “Harmine removed the brakes to get the cell to regenerate again.”

The Downside of Harmine

The downside of harmine is that it may stimulate several cells to regenerate, which could put patients at risk for unwelcome cell division, for example, cancer. That’s why, says Wolf, patients should only receive it for a short period of time after a heart attack.

“The medication needs to be specific to the cardiomyocyte, so it doesn’t promote other organs in the body to proliferate too much, or develop cancer,” Wolf says.

Wolf is only at the beginning of his research and is still testing on animals. But other researchers are testing some of these compounds on humans for other clinical purposes like Alzheimer’s and other neurological diseases. If the compounds are found safe in humans, they could go to market faster.

“If they end up having a good safety record then we have that information and can potentially adapt it for use in our human clinical trials,” says Wolf.

Other research, outside of Wolf’s study, is looking at stem cells that experts could induce into cardiomyocytes. One study found that cardiomyocytes produced from human stem cells could support the heart muscle’s ability to contract after a heart attack.