The Quest for Non-Hormonal Birth Control

Scientists know that many women want hormone-free birth control, but it didn’t seem possible — until now. 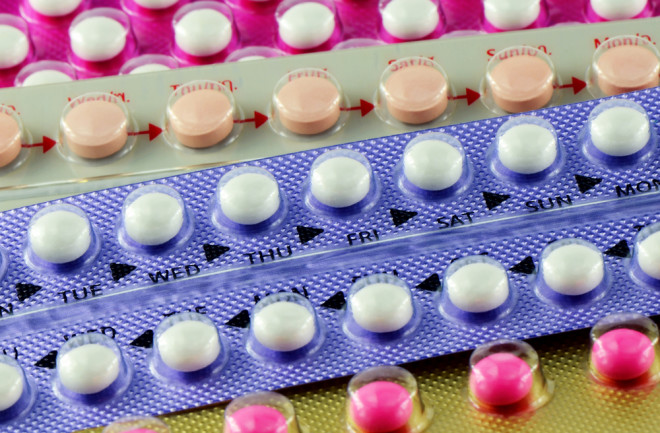 The introduction of the contraceptive pill in the 1960s spurred a landmark moment for women, liberating many from the home and propelling them into the world. But this excitement overshadowed the side effects and hazards associated with the pill, which we now know may include a slightly increased risk of breast cancer.

“A lot of women are unaware of the cancer risk associated with hormonal birth control because the advent of the pill freed up the lives of women to enter the workforce more effectively,” says Beverly Strassmann, a human evolutionary biologist at the University of Michigan.

When radically altering the body with synthetic hormones, you can’t assume there won’t be side effects, she says. But the field hasn’t made significant progress, partly because contraceptives have provided women with tangible benefits.

Sixty years on, pharmaceutical companies are still “resting on their laurels” and need to better evaluate the association between hormonal birth control and cancer, she adds.

Research has also linked the pill to depression, decreased sexual desire, anxiety and an altered ability to form emotional memories. Most physicians, however, still don’t closely follow research investigating the links between hormonal birth control and its psychological side effects, says evolutionary psychologist Sarah Hill, author of How the Pill Changes Everything: Your Brain on Birth Control.

“Most medication doesn’t look at the full spectrum of side effects in the way people experience the world; it’s not even in physicians’ peripheral vision,” Hill says.

But women want the next birth control revolution; younger women especially seek non-hormonal options, Hill says. “A lot of women aren’t being served, and many are on the pill even though they don’t love it — their standards are low because there’s so few good options,” she says.

In recent years, contraception apps have attracted a rise in users, which may suggest that many women no longer tolerate the impacts of hormonal birth control on their bodies. But these apps have faced criticism over their efficacy.

A New Kind of Pill

Another possibility: a non-hormonal pill. Now, University of Connecticut physiologist and geneticist Jianjun Sun is wading through the unknowns to formulate it.

“We know that, in humans, the ovulation process is triggered by a hormone surge, but how the egg is released is very precise; the menstrual cycle is very tightly controlled and there are a lot of unknowns in this area,” he says.

Sun does know that when a person ovulates, an egg that’s contained within a follicle bursts out of the ovary and sets off down the fallopian tube, where it can be fertilized. He’s hoping to formulate a drug that stops the follicle from rupturing and releasing the egg.

Shutting off ovulation isn’t a new concept — hormonal contraception does this by tricking the body into thinking users aren’t pregnant. But he seeks a new way to halt egg release without the use of synthetic hormones.

Crucially, Sun has devised a way to analyze different compounds without relying on human subjects (which would complicate the process). He realized that fruit flies ovulate in a similar way to people, and the fly’s ovulation process resembles that within mice.

As this research took off, the Gates Foundation had begun supporting scientists developing non-hormonal contraceptives. The organization has funded Sun to test compounds on flies.

Now, Sun is screening up to 500 compounds daily to see which ones prevent follicles from rupturing and releasing eggs. “The Gates are very excited now. They’re trying to get us to find the target, then we can study this target using genetic tools,” he says.

Researchers could test the drug in humans eventually, Sun says. Unlike hormonal pills, users wouldn’t need to take it daily. To inhibit ovulation, you only need to take it for a week or so before the process begins.

While this sounds tempting, many people don’t know when exactly they ovulate — and only 10 to 15 percent of women experience 28-day cycles. And because the drug concept is so new, researchers aren’t sure what dosing might look like. “It’s still hypothetical in terms of how to use contraceptives targeting ovulation, since there’s no products on the market,” Sun says.

A Dearth of Research

Despite the many unknowns, experts seem receptive to any new research in hormonal birth control alternatives. In recent years, few studies have taken on this challenge.

If Sun’s research is fruitful, it could attract more funding for other researchers working on these alternatives, says Bethan Swift, a PhD student at the University of Oxford who studies the epidemiology of women’s health. “One big barrier to developing new contraception is that existing options work,” Swift says, “So there’s little demand from the pharmaceutical industry to put money into creating new compounds.”

This shortage of funds places significant pressure on Sun; the Gates Foundation hopes that at least one drug will hit the market by 2026, he says. But the bar for birth control approval is uniquely high. Because it isn’t meant to alleviate an illness, possible side effects may not be worth the trade-off versus, for example, cancer treatments. It will probably take between five and 10 years before a new drug is available, Sun says.

“Developing new contraception isn’t easy because they’re going to healthy women, unlike other drugs, where it’s more accepted that there will be side effects,” Sun says.

The final drug will likely cause some side effects, but fewer than hormone-based contraceptives, he notes. However, Hill is concerned that the end product could still affect the body’s natural hormone levels.

Our bodies produce most sex hormones via ovulation, and high levels of estrogen propel monthly egg maturation. After an egg is released, the empty follicle releases progesterone — so levels would fall fairly low if you prevent ovulation, she says. “Stopping ovulation sounds perfect, but if you understand that’s how the body makes hormones, you’d realize it’s not a panacea.”