Scientists discovered a new group of blood types called the Er system. They also say that there are many ways to classify blood, the knowledge of which assists in treating blood incompatibility issues. 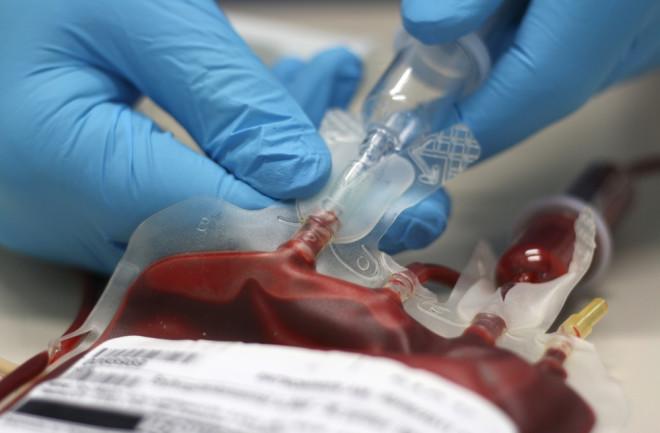 Most people are aware of the ABO system and the rhesus system for classifying blood. They're the two most common systems of blood classification, after all.

The ABO system describes blood as type “A,” “B,” “AB” or “O,” and according to the rhesus system, any one of those four types can be further described as “rhesus positive” or “rhesus negative.” But there are many more classification systems that scientists use besides these two, all with their own assortments of blood.

Until recently, researchers recognized 43 separate systems of blood classification. All systems can be used in combination to understand and describe the ways that blood differs from person to person. Now, researchers have identified yet another system, increasing the total count to 44.

It's called the Er system, according to an article in Blood. And it begs the question, what is it that makes these systems so different and important to identify?

Although all people’s blood seems similar, scientists know that the assortment of proteins and sugars that coat the surface of the blood cells, also known as antigens, differ from person to person. In many of the 44 classification systems, these differences are what decides a person’s blood type.

Read more: What Blood Types Can Reveal About Our Health

The need to consider these antigens is rare, though it's important during blood transfusions. The differences between antigens mean that transfusion patients could be pumped with incompatible blood from incompatible donors. Therefore their immune systems could identify the transfused substance (and its unfamiliar antigens) as a threat and produce antibodies to fight it off. These battles are dangerous and potentially deadly. They're only avoided if transfusion patients receive the right kind of blood.

Read more: What Blood Type Has to Do With COVID-19 Risk

While the vast majority of incompatibility issues are prevented simply by paying attention to the blood types within the ABO and the rhesus systems, problems can still arise. The varieties of blood identified in other systems of classification must also properly align. And though their misalignment is incredibly unusual — occurring only in individuals with unusual blood — the knowledge of these other classification systems can be crucial for protecting patients.

This is certainly true of the so-called Er system. This new system can assist doctors in correctly diagnosing and treating abnormal instances of incompatibility.

Around 40 years ago, scientists identified strange antibodies in samples of blood. These antibodies indicated that unidentified antigens (and therefore unidentified varieties of blood in a new system of classification) existed somewhere in the world, waiting to be described. But additional blood samples with these antibodies were tough to find, making their systematic study much more difficult.

Relying on samples of blood from 13 individuals collected over the years, a team of researchers from the University of Bristol and the National Health Service in the U.K. have now studied these antibodies better than ever before. Their investigations revealed that these antibodies are associated with several “Er” antigens on the surface of the blood, the particular varietals of which are determined by a protein called Piezo1.

Though certain sequences of amino acids make up this protein for the majority of people, the researchers found that alternative sequences compose Piezo1 in a much smaller minority, all thanks to genetic mutations. These alternative sequences result in rare Er antigens on the surface of their cells. As a result, any blood cells with common varietals of these antigens can seem foreign and threatening if transfused into the body of someone whose own cells are naturally covered in their uncommon counterparts.

As of now, researchers have identified five versions of these Er antigens, though they may discover more in the future. Antibodies against two of these variations, they say, were detected in samples taken from pregnant women, whose own uncommon blood prompted assaults against the blood of their unborn fetuses. This sort of immune attack is another type of blood incompatibility issue that the identification of new systems of classification can potentially prevent, in addition to those that occur during blood transfusions.

“This work demonstrates that even after all the research conducted to date, the simple red blood cell can still surprise us,” says study author and University of Bristol biologist and biochemist Ash Toye, according to a press release. And there are surely many more surprises to come, as scientists are constantly identifying new systems of classification, all representing major steps forward in the field.