What Happens To Your Brain When You Stop Drinking?

Taking a break from drinking for a month? You might see increased energy, better sleep and improvement in memory. 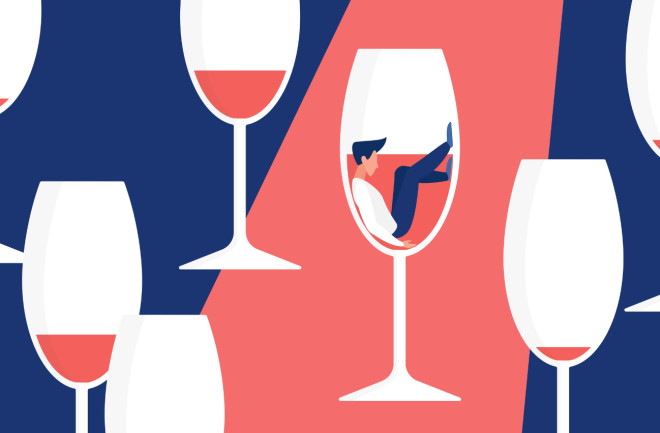 This article was originally published on August 10, 2022.

With the explosion of craft beer, hard seltzers and family-friendly breweries across the U.S., you may be surprised to learn that a recent movement grounded in abstinence has been gaining followers.

But what exactly happens to the brain when a person who regularly drinks goes cold turkey — even for a short while? The answer is complicated. For one, most research related to brain changes after alcohol use have studied the brains of heavy drinkers or people who misuse alcohol and then become sober.

According to the National Institute on Alcohol Abuse and Alcoholism, alcohol misuse includes binge drinking (which corresponds to four or more drinks within approximately two hours for women, and five or more drinks within the same timeframe for men) and heavy drinking (for men, more than four drinks on any day or more than 14 drinks per week, and for women, more than three drinks on any day or more than seven drinks per week).

Many people who join want to quit alcohol don’t fall within these parameters. Nevertheless, research focused on the brains of people recovering from alcoholism may still offer insight into what can happen whenever a person stops consuming alcohol.

Known as the “sober curious,” a growing number of people are selectively quitting alcohol. It all began in 2013 with a challenge called “Dry January,” during which participants took a month-long break from drinking following boozy holiday gatherings and rowdy New Year’s Eve parties. Typically, those who join the sober curious movement don’t consider themselves to have an alcohol abuse disorder — they simply find that periods of sobriety offer more than drinking in moderation might, with new converts boasting increased energy, better sleep and an improvement in reasoning and memory.

It’s well established that heavy alcohol consumption decreases brain volume — with white matter especially vulnerable — but studies also show that some of that damage can be reversed during recovery.

Fulton T. Crews, a pharmacology and psychiatry professor at UNC Chapel Hill and the director of the Bowles Center for Alcohol Studies at the UNC School of Medicine, has used rat models to show how binge drinking can lead to a decline in neuron formation in the brain. Through abstinence, however, studies have shown that a regeneration of brain function, metabolism and brain volume (including white matter) is possible.

“What we’ve found, which I have to say has surprised us, is that there’s a persistent change; but it can be changed back,” Crews says. “If we take animals and let them run and exercise, they can grow their brain back. But if we just make them sit in a cage after the alcohol, they don’t.”

Although the full picture of how the brain recovers from persistent, heavy drinking is not fully understood, one often-studied area is how alcohol use affects dopamine, a neurotransmitter tied to the brain’s reward system. Multiple studies have shown a relationship between the consumption of alcohol and an influx in dopamine — which essentially tells your brain that alcohol is a “reward.”

When a person who drinks heavily stops abruptly, that rush of dopamine is also reduced. Eventually, the brain will try to recalibrate itself; and for the most part, it can restore its dopamine to more consistent levels.

Crews notes that many of the people he meets in Alcoholics Anonymous through his research seem to be positive and upbeat. He recalls checking into a North Carolina bed and breakfast one afternoon and observing a group of people singing around a piano. “I thought, ‘maybe this is a wild crowd.’ Then I realized they weren’t drinking at all — they were just having fun, and they were all in AA,” Crews says. “With therapy, people can completely restore their reward balance.”

It’s promising science that a person in the throes of addiction can recover not only their lives but also their brains. Crews cautions, however, that research also indicates that on a biological level, some damage cannot be so easily reversed: “After heavy drinking, a lot of the immune genes in the brain stay persistently elevated and changed. We’re thinking those are causing a slow, progressive degeneration that in time might start to increase risks of dementia and Alzheimer’s with age.”

As it turns out, that combination — aging and drinking — is one of the most damaging tonics for the brain.

Marlene Oscar Berman, a professor emeritus in the Department of Anatomy & Neurobiology at Boston University School of Medicine, has spent her career studying the relationship between alcohol use disorder and its impact on neurobiology and neuropsychology. “Age, by and large, is more lethal than alcoholism,” she says. “And when you combine the two, you get a synergistic effect.”

Berman’s research has also found that the effects of alcohol abuse (and subsequent abstinence) differ between men and women. In a recent cross-sectional study, she and other researchers studied the brains of 60 individuals who’d been diagnosed with alcohol use disorder and abstained from drinking for at least four weeks. Clinical assessments revealed that women had higher mood scores than their male counterparts during early sobriety.

Through studying functional MRIs, Berman and her team also determined that women had an increased response to emotional stimuli compared to control subjects. Men, on the other hand, had less activation to emotionally charged images, including images of alcoholic beverages. Berman recalls that one of her research subjects, who had been sober for over a decade, pressed the panic button when she saw a picture of alcohol during her MRI.

“The pictures of the alcoholic beverages brought back the craving and she wanted to drink,” Berman explains. “This is a really, really serious addiction.” Of course, all of this begs the question: Should anyone drink at all?

“I recommend moderation, and I also recommend periods of abstinence,” says Crews, citing “Dry January” as an example. “It’s good to be dry for a while, because if you have trouble being dry, it suggests you’ve got a problem.”

More From Discover
Health
Is 'Expired' Milk Safe to Drink? Here's How to Know When to Throw Away Food
Health
Extreme Fatigue: 4 of the Longest-Lasting Sporting Events
Health
What Science Says About the Weight-Loss Potential of The One-Meal-a-Day Diet
Health
Walking vs. Running Benefits: Should You Walk or Run for Exercise?
Technology
What Is a Social Media Cleanse?
Health
What is the Purpose of Hiccuping?
Recommendations From Our Store
My Science ShopDiscover STEM Kits
My Science ShopDiscover 2022 Calendar
My Science ShopStrange Science
My Science ShopElements Flashcards
Shop Now
Stay Curious
Join
Our List