What Stress Does to the Immune System

From cancer to colds, we’re better able to fight disease when we aren’t constantly worried. 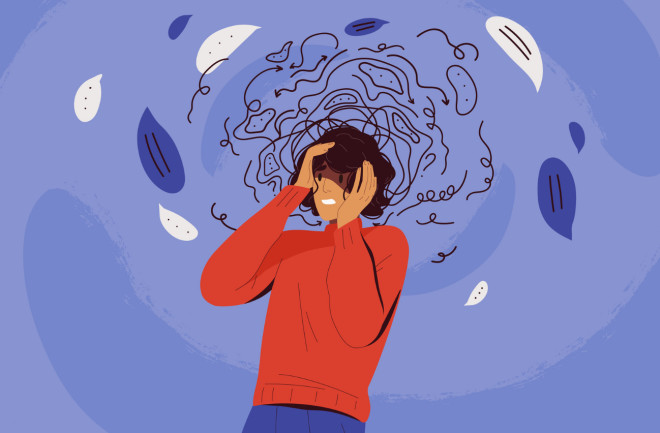 When we’re stressed out, our body’s internal chemistry changes. Cortisol, the primary stress hormone alongside adrenaline and norepinephrine, surges. As a result, blood sugar levels increase and more of that glucose is allocated to the brain.

That’s good — the chain reaction helps our bodies in the so-called “fight-or-flight” response, which has a deep evolutionary history and dwells within us even today. When potential predators were around, our ancient ancestors needed that extra boost to figure out whether to take them on or run away. Nowadays, the same biochemical responses spring into action to help us react quickly when we’re under pressure.

Our bodies, however, no longer only do this when we’re seriously threatened. The same processes are triggered when we’re late for work or arguing with family members. And after dealing with a pandemic for over a year, many more Americans are becoming acquainted with prolonged psychological stress, according to the American Psychological Association's latest Stress in America poll. Often times, our response to this stress can be more harmful than helpful.

“We know that the immune system is capable of looking at these proteins and reacting,” says Willem van Eden, an immunologist at Utrecht University in the Netherlands. Protracted exposure to higher levels of stress hormones comes along with myriad side effects within the immune system.

Largely speaking, stress can be divided into two camps: the psychological and the physical, also known as physicochemical stress. While psychological stress is caused by worrying about something (whether it’s a predator or a looming deadline), physical stress comes from environmental factors such as air pollution, poor nutrition or exhaustion.

Chronic psychological stress has been linked to a subdued immune system. But if the immune system becomes compromised and is no longer capable of dealing with physical stresses, this can promote the onset of disease.

Scientists first noticed a link between stress and the strength of immune systems during animal experiments in the early 1980s. The experiments quickly progressed to humans when researchers began observing medical students. They found that students’ immunity dropped around exam time with depleted levels of T-cells, some of the immune system’s most important weapons in the fight against infection.

Additional studies showed that chronic stress interferes with the molecular signals that immune cells use to communicate with each other. More recently, Scott Mueller, a professor at the University of Melbourne in Australia, demonstrated that stress can even stop immune cells from moving, physically blocking them from thwarting infections and cancers.

In a 2021 mouse-based study, Mueller and his colleagues used a special microscope — able to observe biological processes within living organisms — to create real-time images of a chemical messenger protein called noradrenaline. The protein is found in higher concentrations under stressful conditions and obstructs the movement of various white blood cells that are important in the immune response. This “explains at least in part the widely observed relationship between stress and impaired immunity,” Mueller concludes in the study.

Another study, published in Frontiers in Immunology in 2018, demonstrated the impact of stress on the immune system by inducing stress and cancerous tumor growth in mice — some of whom were additionally given an antidepressant. The results showed a marked difference: The mice treated with antidepressants had significantly reduced cancer progression compared to those who weren’t.

While it’s possible that the antidepressants themselves possess cancer-fighting mechanisms, the researchers concluded that the inhibition of psychological distress (thanks to the antidepressant) is likely what restored antitumor immunity.

Cancer isn’t the only disease that seems to progress more rapidly under stressed environments. Research has shown that chronic stress also increases a person’s risk of heart disease, weight gain, digestive issues, headaches, muscle pain and, of course, mental health problems such as anxiety and depression.

In short, our immune systems are at their best when we’re not beset with high levels of cortisol pumping through our veins.

More From Discover
Health
Calorie-Restricted Diets May Not Live Up to the Hype
Health
Alzheimer’s Drug Approval Sparks a Firestorm
Health
After a Night on the Town, He Couldn't Take a Full Breath. Then Things Got Much Worse
Health
The Science Behind Your Chakras
Health
What Happens When We Go Without Sleep?
Health
How To Nap Like a Pro
Recommendations From Our Store
My Science ShopDiscover STEM Kits
My Science ShopDiscover 2022 Calendar
My Science ShopStrange Science
My Science ShopElements Flashcards
Shop Now
Stay Curious
Join
Our List