Science has a lot to say about the benefits of walking for health. But you might want to walk faster to reduce disease risk and live longer. 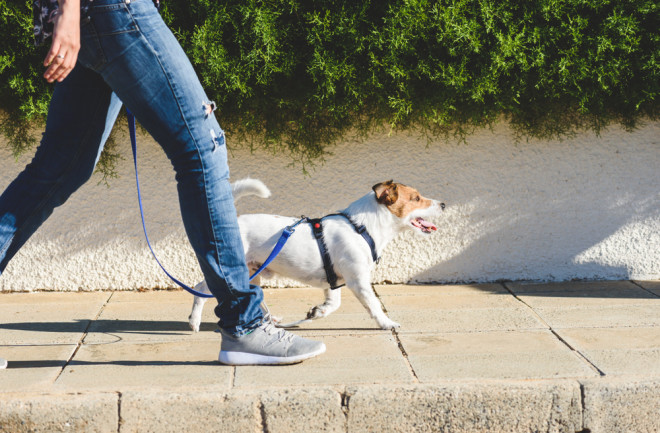 This article was originally published on January 23, 2020.

To walk is to be human. We’re the only species that gets around by standing up and putting one foot in front of the other. In the 6 million years humans have been bipedal, our ability to walk upright has allowed humankind to travel great distances and survive changing climates, environments and landscapes.

But walking is more than just transportation — it also happens to be really good for us. Countless scientific studies have found that this simple act of moving our feet can provide a number of health benefits and help people live longer. In fact, a walking routine — if done properly — might be the only aerobic exercise people need.

Many people have taken up strolls around the neighborhood and in nature to pass the time during the pandemic — and there are many reasons to keep it up, says Emmanuel Stamatakis, a professor of physical activity, lifestyle and population health at the University of Sydney.

“Regular walking has all the standard benefits of aerobic exercise, such as improvements in the heart and circulatory systems, better blood glucose control, normalization of blood pressure and reduction of anxiety and depression,” Stamatakis says.

The beauty of walking is that it’s free, it doesn’t require a lot of special equipment and can be done almost anywhere. Most people can maintain a walking practice throughout their lifetime. Yet, in the age of CrossFit and high-intensity cardio, walking is perhaps an under-appreciated way to get the heart pumping and muscles working. It also happens to be one of the most studied forms of exercise there is.

In general, walking is good exercise because it puts our large muscle groups to work, and has a positive effect on most bodily systems, Stamatakis says.

But for the sake of efficiency — how much walking should one aim for? Public health experts have drilled into us the idea that we need 10,000 steps a day — or about five miles. But contrary to popular belief, this recommendation doesn’t come from science. Instead, it stems from a 1960s advertising campaign to promote a pedometer in Japan. Perhaps because it’s a round number and easy to remember, it stuck. Countries like the U.S. began to include it in broader public health recommendations. Today, it’s often a default step count to reach on walking apps on smartphones and fitness trackers.

Since the 1960s, researchers have studied the 10,000-steps-a day standard and have turned up mixed results. Although clocking 10,000 steps or more a day is certainly a healthy and worthwhile goal — it’s not a one-size-fits-all fitness recommendation. When the main goal is walking for health, there is more to the story than simply counting a large number of steps.

For instance, a recent Harvard study involving more than 16,000 older women found that those who got at least 4,400 steps a day greatly reduced their risk of dying prematurely when compared with less active women. The study also noted that the longevity benefits continued up to 7,500 steps but leveled off after that number. Put simply, 7,500 is also an ideal daily goal with comparable benefits to 10,000 steps.

Stamatakis notes that 7,500 steps also tend to be in line with common public health recommendations, such as the Centers for Disease Control and Prevention’s recommendation of 150 minutes of moderate physical activity a week for adults.

But picking up the pace might be a good idea. As with any exercise, the physical benefits of walking depend on three things: duration, intensity and frequency. Put simply: walk often, walk fast and walk long. The goal is to walk fast enough to raise your heart rate — even if just for a short burst.

In a recent review study involving around 50,000 walkers, Stamatakis and his colleagues linked faster walking speeds to a reduced risk of dying from almost everything except cancer. How much you walk, rather than how fast you walk, might be more important for reducing cancer mortality, the review noted.

Similar boosts to longevity have been found in other studies. Recent work published in Mayo Clinic Proceedings analyzed the life expectancy of nearly 475,000 men and women who self-reported as slow or brisk walkers. The faster walkers — around a speed of 3 miles per hour (or, a 20-minute mile) — could expect to live roughly 15 to 20 years longer than slower walkers, or those who clocked 2 mph (a 30-minute mile.)

Participants who considered themselves brisk walkers had an average life expectancy of nearly 87 years for men and 88 years for women. Increases in lifespan were observed across all weight groups the study included.

What’s considered a quick pace is relative to an individual’s fitness level, but it generally falls somewhere between 3 and 5 mph. A cadence of 100 steps per minute or greater is a commonly accepted threshold for turning a walk into a moderately intense exercise.

While we know walking is good for the body, research is also beginning to reveal how it impacts brain function. Particularly, walking might be an effective way to slow or decrease the cognitive declines that come with growing older.

A study of older, sedentary adults found that walking for six months improved executive functioning, or the ability to plan and organize. Studies also have found that that walking and other aerobic exercises can increase the size of the hippocampus, the brain area involved in memory and learning.

Can You Lose Weight By Walking?

If walking can help you live healthier and longer, can it also help you shed excess pounds? Not exactly. A common misconception is that working out in and of itself can help someone lose weight. Diet is a far more important piece of the weight-loss equation, research suggests.

Despite several benefits of walking for health, at least one study illustrates that daily walks make little difference in weight management. Weight gain is common among first-year college students. Researchers wanted to determine if walking could ward off the pounds. Their study, published in the Journal of Obesity, monitored 120 freshman women over six months. Over the course of 24 weeks, the students walked either 10,000, 12,500 or 15,000 steps a day, six days a week. Researchers tracked their caloric intake and weight — and found that step count didn’t seem to influence the number on the scale. Even students who walked the most still gained around the same amount of weight.

Often, when someone increases physical activity, some of the body’s normal physiological responses kick in to make up for the calories burned. One might start getting hungry more often and may eat more, without realizing it.

Even if with a tight control on daily caloric intake, it takes a lot of walking to accumulate a meaningful deficit. To put this in perspective, a 155-pound person would burn roughly 500 calories walking for 90 minutes at a rate of 4.5 mph.

However, walking does seem to influence a person’s body composition. Where a person carries fat might be a more important indicator of disease risk than body mass index. Avid walkers tend to have smaller waist circumferences. Waist measurements that are more than 35 inches for women and 40 inches for men have been linked with a higher risk for heart disease and Type 2 diabetes.

So a walk in the park maybe won’t make you “ripped" — but it sure beats sitting. Are you still on the fence if walking is the best exercise for your busy routine?

Beer Hops May Fend Off Alzheimer’s

More From Discover
Health
Calorie-Restricted Diets May Not Live Up to the Hype
Health
Do 3,500 Calories Really Equal a Pound of Fat?
Health
The Rise Of The Obesity Epidemic
Health
Less Sleep Linked to Increased Sugar Consumption in Teens
Health
A New Era for Obesity Treatment?
Health
How Fat Phobia Impacts Patients and Doctors
Recommendations From Our Store
My Science ShopDiscover STEM Kits
My Science ShopDiscover 2022 Calendar
My Science ShopStrange Science
My Science ShopElements Flashcards
Shop Now
Stay Curious
Join
Our List