When it comes to raising kids, there’s no one-size-fits-all approach. 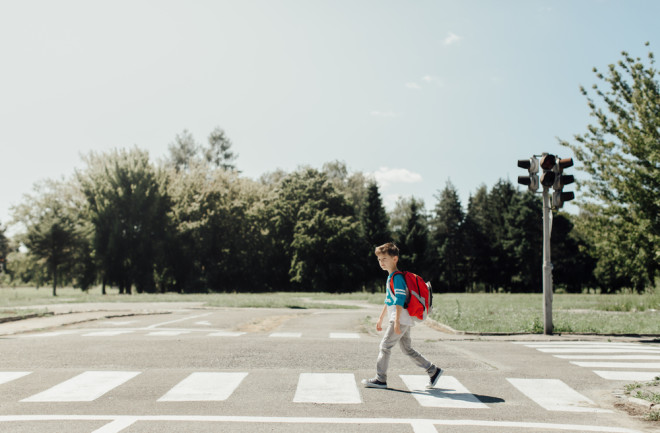 Kids forbidden to talk to strangers. Kids afraid to go inside a store on their own. Kids terrified of cooking an egg for fear of burning the house down. These are examples Lenore Skenazy, who pioneered the idea of “free-range” parenting, gives of how far gone we are as a society when it comes to rearing children.

After Skenazy published a 2008 column in The New York Sun about letting her son ride the New York City subway by himself at 9 years old, she was met with a widely publicized backlash that earned her the moniker “Worst Mom in America.” Skenazy wrote a book titled Free Range Kids in 2009, which outlined an approach to parenting that encourages independence and freedom as an antidote to the risk-averse, overprotective parenting that she saw around her.

Skenazy proposed a philosophy of parenting that fights, per her website, “the belief that our children are in constant danger from creeps, kidnapping, germs, grades, flashers, frustration, failure, baby snatchers, bugs, bullies, men, sleepovers and/or the perils of a non-organic grape.”

Free-range parenting is rooted in a desire to raise independent, confident kids. But for some parents, the idea of letting their kids just be kids, with all the accompanying tumbles and mistakes, isn’t one that seems possible.

Apart from the book, Skenazy has taken the free-range philosophy to schools. In one of the school programs in her Let Grow program, teachers send children home with a homework assignment: Do one thing on your own. Whether it’s running an errand, making dinner or walking a dog, the assignment pushes parents to allow more freedom and independence where they might not have before.

“What we're trying to do is give parents the opportunity to give children back some independence, and make it normal, so that it doesn't seem like you're a crazy parent, and make it legal, so that nobody has to worry that your trust in your children will be mistaken for neglect,” says Skenazy.

The kids would write about their experiences with the assignment, and Skenazy was surprised by how seemingly incremental their advances were — and how big a deal it really was. “They really did believe that doing something as simple as scrambling an egg was dangerous and brave,” she says.

And statistics from the Pew Research Center do point to an inflated sense of danger from adults: As the rates of violent crime in the U.S. have fallen, American adults still think crime is on the rise nationally. Children are much less likely to be fatally struck by a car as a pedestrian than they are to be killed as an occupant of a car. The FBI’s reports of missing minors have fallen about 35 percent between 2007 and 2019.

Surely, the free-range philosophy reasons, parents could loosen the reins a little on their kids. “I just don't think kids need a security detail every time they leave the home,” says Skenazy. But the reality for many parents is more complicated than just pushing kids to try new things.

Free-Range in a World With Limits on Freedom

For Black parents, the amount of leeway their kids are allotted isn’t always determined by a parenting approach, but rather, by the realities of a world where the safety of their children is not a given.

“As a result of systemic racism in schools and elsewhere, most African American parents do not have the liberty of using a ‘free range parenting’ style,” says Gail Thompson, founder of the consulting firm Inspirations by Gail, which offers equity-related professional services, and the author of numerous books on beliefs and perceptions of Black students, including A Brighter Day: How Parents Can Help African American Youth.

“Our children get ‘adult-tified’ early in life, are pushed into the prison pipeline, and are arrested as young as ages 5 or 6 years old. In other words, our children are not permitted to engage in normal childish behaviors with impunity, because of the double standards that exist in the U.S.,” Thompson wrote in an email.

Take the recent treatment of a 9-year-old girl in Rochester, New York, on Feb. 19, who was handcuffed and pepper-sprayed at the hands of police. She was Black, and the police officers were white. According to a report from Columbia Law School’s Center for Intersectionality and Social Policy Studies and the African American Policy Forum, Black girls were suspended six times more than white girls, and Black boys three times more than their white counterparts. The ACLU reported that Black, Latinx and Native American students were all more likely to be arrested than white students.

“Society doesn't necessarily see you as that young man that I see, who is strong, who is intelligent, who's motivated, who's funny, who's jovial and so on. Society sees a threat,” says Ann Shillingford, an associate professor and counselor education coordinator at the University of Central Florida, of her own experience as a parent.

Shillingford co-authored a 2019 study that found that in response to their exposure to community and state violence, Black mothers reported their parenting as “hypervigilant” in an effort to protect their sons. This usually includes “the talk,” or coaching on what to do if and when they are stopped by police or others. She says of this perspective, “My parenting style is going to be one that's going to be on your case, all the time, ensuring that you're doing what you need to do.”

The realities of a health care system that also discriminates can also lead to more cautious parenting, Shillingford says. “Oftentimes, the way that the system approaches people of color is quite different.” If a child is injured on a play structure, she says that a parent anticipating biased treatment might ask themselves, “Do I have the right medical care or health insurance to support that child? Are the medical folks in there going to take my child's thing seriously, are they going to take me seriously?”

When it comes down to parenting, it’s unlikely that a one-size-fits-all approach will work. “You can have some freedom, you can have flexibility, but there are rules that you have to follow,” says Shillingford. “Because if you don't, that could be a life-and-death situation for you.”

Even Skenazy says she wouldn’t place herself firmly in the camp of “free range.” “I’m part helicopter on my mom's side,” she says. “It's not the anti-helicopter-parenting movement, and also it's not anti-safety.” She emphasized that there are ways to encourage safe self-efficacy in children while taking into consideration the circumstances beyond their control — teaching all safety precautions, and allowing kids more responsibility in the home, for example.

But for parents whose children can be put in danger by the very systems designed to ensure safety — police and the state — as well as those who worry about their child’s ability to run the dishwasher without hurting themselves, a “responsive” parenting approach can help in wildly varying circumstances.

Dylann Gold, a clinical assistant professor in the Department of Child and Adolescent Psychiatry at NYU Langone Health, says, “Responsive parenting is responding to what your child needs, and adjusting where you are on the spectrum based on what your child responds to and what they need.”

In cases where a perceived threat really is a threat, “We still want to be smart, right? We want to take this approach of helping to be brave when it comes to things that we feel like anxiety or hesitance might be getting in their way,” she says. And “when it comes to anxiety or hesitancy that is founded in reality, we want to help to support kids.”

Sometimes, parents themselves, especially parents from families that experience disproportionate scrutiny in their daily lives, just need a listening ear without a dismissal of their fears, says Shillingford. “If your co-worker, or if your friend, shares some level of anxiety, particularly related to their children, it's okay to listen even if you don't have anything to add,” she says. “Don't shut it down to say, ‘Don't worry about it, you have nothing to worry about,’ because that does not help those parents.”