In a World of Endless Choices, Why Is Decision-Making So Tiring?

Decision-making uses mental energy that eventually runs out. The more decisions you make, the more depleted you become. While decision fatigue impacts everyone, experts say it's possible to strengthen your ability to decide. 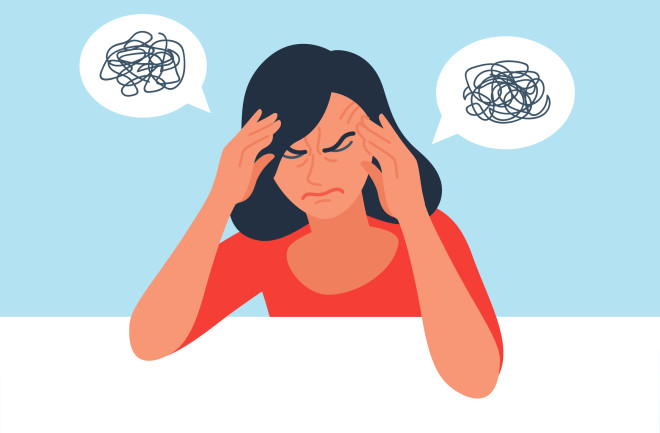 Decisions, decisions. Whether it’s looking through the closet for something to wear, sorting through restaurants to find a good takeout spot or figuring out what to watch on TV — our everyday lives are filled with many decisions. And living in a world with endless choices at our fingertips can be downright exhausting.

That tired feeling, experts say, has a name: decision fatigue. Just like your physical energy might be low after a workout, your mental energy to make good choices can run out when you're overly taxed from the burden of a large number of decisions. When that happens, it’s difficult to avoid temptations, and you're prone to take one of two shortcuts instead of diligently weighing the options: choosing something impulsively or avoiding the choice altogether.

"People can make an impulsive decision, or they can really think things through carefully,” says Roy Baumeister, a social psychologist who coined the term decision fatigue. “It’s the latter that piles up into decision fatigue. You know, the feeling of ‘I’ll do whatever you want tonight, I just don’t want to make any decisions.’”

So the more choices there are throughout the day, the harder each one becomes for your brain to process. And while the phenomenon impacts us all, how do we actually make decisions?

How the Brain Makes Decisions

When making any choice — whether it’s what houseplant to buy or whether to propose — our brains go through a decision-making process. All decisions fit into two types of processes: perceptual or value-based decision-making.

Perceptual decisions are based on sensory information, such as deciding if you have enough time to walk across the street before a car drives by. On the other hand, value-based decisions exist when neither option is necessarily a bad one — say deciding between eating an apple or an orange, for example.

When making value-based decisions, the choice is easy if there’s a large difference between the options. But when the choices are similar, decision-making becomes more complex and time-consuming.

To assess the advantages and disadvantages of the options, our brains perform calculations using a certain kind of logic called transitive inference. It’s a form of reasoning used when comparing two objects never directly compared before, drawing on past experiences and memories to use learned information to form decisions. This process is more difficult when the choices are similar because we need to draw on more memories.

And once this mental energy is depleted, you become unwilling to make trade-offs, which involve a particularly draining form of decision-making: compromise. In an effort to store energy, you’re inclined to either look at only one aspect, like price, and choosing the lowest cost. Or you instead indulge by looking at quality, choosing the very best.

This state of mental depletion causes activity to rise in some parts of the brain while declining in others. As the brain takes in more information, the prefrontal cortex, the region responsible for strategic planning and decision-making, becomes more active. However, at a certain point, the brain can no longer handle any more information, and so activity in the prefrontal cortex ceases when overloaded. Your brain doesn’t stop working, but it responds more strongly to immediate rewards and pays less attention to the long-term value.

Researchers are still investigating the exact neural mechanisms behind making decisions. We are yet to understand the route from receiving information to making decisions and then taking action, because even the most ordinary decisions involve many areas of the brain.

While this helps to explain why people make impulse buys, indulge in junk food or agree to that extra warranty, decision fatigue doesn’t just result from too many choices.

Baumeister’s experiments demonstrated that there is a finite store of mental energy for exerting self-control. When people fought the temptation to eat sweets or cry during a movie, they were then less likely to resist other temptations and gave up more quickly during exercises requiring self-discipline — like squeezing a hand-grip or working on a geometry puzzle.

Willpower turned out to be a form of mental energy that could be exhausted like a muscle worn out from use and conserved by avoiding temptations. To learn about the depletion of this energy, researchers picked up a number of miscellaneous items from a nearby department store holding a going-out-of-business sale and informed study participants that they would get to keep one item at the end of the experiment. But first, they were tasked with thinking about the items' characteristics and making a series of choices about them. The control group instead spent an equally long period contemplating the same products, without needing to make decisions about them.

Afterward, all the participants were asked to hold their hand in ice water for as long as they could to test their self-control. The participants asked to make decisions gave up much faster, lasting only 28 seconds, or less than half the 67-second average of those that didn’t make any decisions.

Making decisions wears down willpower, but this energy doesn’t run out forever.

“That depletion is like your muscle getting tired after exercise,” said Baumeister. “But once you get over being tired, it comes back and regular exercise makes it stronger. Just like lifting dumbbells to strengthen your arms will make your arms better for all sorts of strength challenges, there are all sorts of things that people can do to strengthen their willpower.”

So strengthening willpower makes everyday decision-making less tiring by prolonging your ability to make good decisions. Baumeister explained that an easy way to exercise your willpower is to find a habit you’d like to break — for example, if you slouch, every time you remember to sit up straight you’re using willpower to consciously override your normal habit, thus building that muscle.

What you’re doing doesn't really matter as long as you are overriding that habitual impulse to do something else. But once the habit, like slouching, is broken, sitting up straight no longer strengthens willpower. To continue strengthening that muscle, you would need to find something else to do instead.

Breaking bad habits and boosting willpower helps to steer clear of decision fatigue, but recognizing when it’s actually happening is another matter.

Decision fatigue isn’t always easy to detect. Unlike physical fatigue, you’re not necessarily consciously aware of how tired you are. However, if you notice that you’re procrastinating, acting impulsively or avoiding choices, the signs might be pointing to decision fatigue as the culprit.

Beyond willpower exercises, there are some other strategies that work to lighten the load of decision-making. Making important decisions earlier in the day when the most mental energy is available, creating a consistent routine to lower the number of daily decisions and regularly sleeping and eating works to avoid decision fatigue.

And while it’s impossible to absolutely maximize your willpower for every moment and decision, recognizing decision fatigue and making small changes can help make everyday choices easier.