Attending a play can increase empathy, according to brain scientists. The dynamic elements of live performance seem to enhance the effect more so than other recorded art forms. 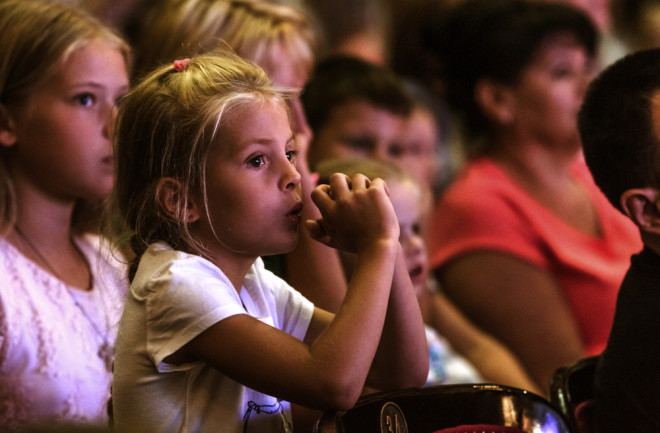 While supporters have long lauded theater for its intangible benefits, a 2021 study published in the Journal of Experimental Social Psychology recently captured theater’s power to increase empathy.

The study — in collaboration with Artists Repertory Theater in Portland, Oregon and The Public Theater in New York — examined the effects of three different plays through a synthesis of surveys conducted before and after participants witnessed the plays.

Data revealed that live theater experiences increased audience members' empathy for the people and groups portrayed. Exposure to the plays also altered opinions about social-political issues portrayed and led to increases in charitable donations. The increase in empathy correlated with how transported the audience members felt.

“For all of us, but particularly for children, theater often helps us engage emotionally at a deeper level than we would with other art forms, because it is more embodied,” Lear says. “Whether you are performing theater or you are witnessing theater, it is incorporating more of your senses.”

Lear says elements inherent in theater as an art form can increase the emotional investment in understanding and connecting with characters that are very different from us, which is a critical part of how our minds engage in empathy.

The Neurology of Empathy

An article in Medical Science Monitor suggests that empathy can be neurologically explained through two modes of processing: social mirroring and perspective-taking.

Social mirroring suggests that when we observe someone experiencing an emotion, our autonomic and somatic responses activate our own neural network connected to that emotion. Through this mirror neuron system (MNS), we can share an emotional state with someone by witnessing their experience in that state.

Perspective-taking involves a level of understanding that first requires us to distinguish ourselves from others. In doing this, we begin to understand someone else's unique desires, intentions and beliefs. Prefrontal areas of the brain responsible for mentalizing then activate, allowing us to develop a cognitive inference of someone else's mental state (also known as having a theory of mind).

Jenny Toutant, chief of engagement and education officer at the Milwaukee Repertory Theater, says the live nature of theater is part of its power — a part that can facilitate these reactions.

"There's a dynamic and an ephemeral experience that is happening between the performers on stage and the audience members," Toutant says. "The way you breathe effects how somebody watching you breathes. There's some way that you're really connecting with people on a human level."

Lear says other artistic theatrical elements can heighten emotions evoked during the experience, unlike recorded mediums such as written text or film.

"When you are in a theater, you're feeling the vibrations of the music in your body; you are close to the actors; you are hearing them," Lear says. "That kind of embodied approach helps make it more of an emotional experience, as opposed to just an intellectual experience.”

The Mind of a Child

For a child to develop an emotional process like empathy, Lear says the child must have its fundamental emotional needs met. She says all children are born with the capacity for empathy, but its development requires careful curation over extended periods of time.

In a 2019 Psychology Today article, Spark & Stitch Institute co-founders Erin Walsh and David Walsh say that the development of empathy begins in infancy as babies interact with their caregivers. The resulting connection — formed through associations between positive interactions, feelings of calm and safety, and reward systems — creates an attachment. Research has shown that the quality of that attachment can be linked to a child’s capacity for empathy and showing compassion.

While beginning traces of perspective-taking bud in preschool years, Walsh and Walsh say that by age six or seven, executive functioning skills are mature enough to connect with another’s experience.

At this point, Lear says some of the most effective ways to practice empathy with a child are by mirroring feelings back to the child, modeling empathy, and creating opportunities for the child to practice empathy. She says theater can be a safe environment for children to practice witnessing the experiences of people different from them.

Glynnis O'Donoghue, of Charlotte, N.C., took her four-year-old son, Desmond, to his first theater experience earlier this year. She says he had experienced story times, but witnessing a story in a live theater environment produced a new reaction.

"I think there's something different about theater: the space, the lights," O'Donoghue says. "He was very excited to be in a big group of people and be with a lot of kids. [He'd say] like, 'We're all here. We're all here together.’ ”

As the study suggests, its results have powerful potential implications for the future.

"As parents, we can be really intentional about not just exposing our children to art and giving them opportunities to build empathy, but exposing them to art that is made by groups different than us," Lear says.

In selecting productions for a theater, Toutant says presenting diversity in the narratives brought to the stage is a critical responsibility of a theater to its community. "Really thinking about our mission, we think about how to create positive change in that community, too," Toutant says. "And empathy is a huge piece of that."