Almost every culture's myths included heroes with powers and abilities far beyond those of mere mortals. Here are some of our favorites. 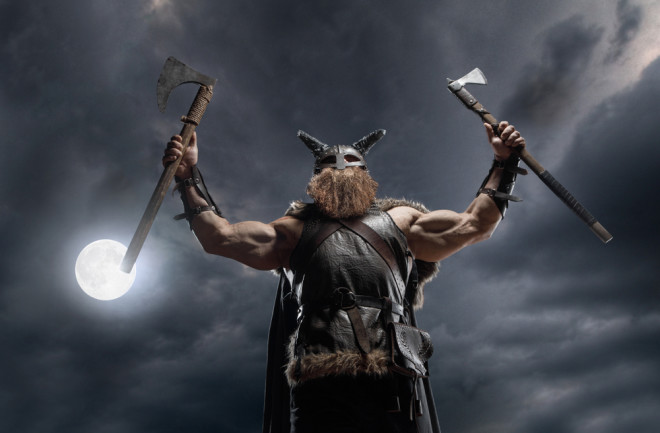 Superheroes and their colorful adventures have been called modern mythology, or even uniquely American inventions, but neither is really true. If anything, today’s superheroes, whether in comics, video games or movies, are just the latest iterations of an archetype whose existence stretches back millennia, appearing in the myths and legends of virtually every culture on the planet.

But why superheroes? Why weren’t “regular” heroes, champions and leaders enough for a culture’s mythos? Psychologists and anthropologists have offered many different theories about this over the decades. One view is that tales of superhuman beings provide powerful allegories for humans. Such myths “offer symbolism of the hidden powers residing within each of us, powers that emerge only after dramatic situations coax them out of hibernation,” as one study put it.

What’s more, even though none of us are likely ever to gain mutant powers, or the abilities of a spider, or leap tall buildings in a single bound, superheroes are surprisingly relatable to ordinary mortals. They teach us something about ourselves “especially when we focus on psychological attributes. Because most superheroes — even the ones who aren’t human — function psychologically as humans,” notes psychologist Robin S. Rosenberg in her book Our Superheroes, Ourselves. So, we can identify on some level with their struggles and apply what we’ve learned to our own everyday challenges.

That’s true even when the heroes are somewhat less than heroic. Superheroes from ancient mythology, as we’ll see, were not always the nicest guys and didn’t necessarily have the same moral compass as heroes today. Many were violent antiheroes and even somewhat villainous when viewed from a 21st century perspective. Yet their stories stuck in the memories of the people from whom they originated, inspiring generations and spawning legends of other heroes, including the fan favorites we know and love today.

With that in mind, here are six of our favorite superheroes from ancient cultures.

Sometimes called “The Horned God,” the Sorcerer of the Trois Freres cave in France has no known myths attached to him, which is part of what makes him one of the most intriguing characters on this list. In an incredibly remote time — as much as 14,000 years ago — some prehistoric artist painted this figure on a wall in a part of the cave known as the Sanctuary. His general shape is clearly that of a man, but the artist imbued him with the physical characteristics of several different animals. His position high above the floor of the cave suggests this shadowy figure was both powerful and set apart from normal beings. Theories point to him being some early demi-god with animal powers, or a shaman of the Paleolithic people who lived there — perhaps the sorcerer supreme of a mysterious age in history.

One of the surviving tablets telling the epic of Gilgamesh. (Credit: Babelstone/CC BY-SA 1.0/Wikimedia Commons)

Although he is incontestably ancient, Gilgamesh has proven remarkably robust, finding a place even in modern popular culture. He had a star turn in the 2021 Marvel movie The Eternals, and passionate Star Trek: The Next Generation fans will remember hearing a version of his story in the much-loved episode, “Darmok.” Gilgamesh is one of the oldest heroes in human mythology, certainly the earliest for whom any known text survives. His story originates in Mesopotamia at least as far back as 2100 B.C., which archaeologists date from an epic poem found inscribed on ancient tablets. Gilgamesh was a mytho-historical king, sometimes an oppressive one, of the Sumerian city of Uruk. But he was also a protector, battling gods and monsters with his fantastic strength and fighting prowess. He even possessed some psychic powers in the form of prophetic dreams. For a while, he went on a quest to gain the secret of immortality, but it didn’t work out (he found it, but a snake stole it). Gilgamesh achieved immortality anyway, living on as the prototype of the epic hero and inspiring later myths, from Herakles (or Hercules) to the modern superhero.

Greek mythology is rife with so many gods, demi-gods and superbeings, it’s hard to pick just one, but today we’ll take a look at Lynceus. He was one of the Argonauts, a team of super-friends who with their leader Jason traveled around having many adventures, most notably to seek the Golden Fleece. Their tale was told in the Argonautica, an epic Greek poem composed sometime in the 3rd century B.C., although the events in the poem take place around 1300 B.C. Many of the characters in the Argonautica were drawn from earlier works by Homer and others. As a result, the Argonauts comprised quite a roster of heroes whose abilities ranged from inhuman strength to psychic powers. Lynceus’ particular gift was super-vision. He was the crew’s lookout, but he could do more than see for a long way. His gaze was said to penetrate solid objects, such as rocks, trees and people — X-ray vision in ancient Greece! Sadly, Lynceus and his brother Idas ended up feuding with two other mythical brothers, Castor and Pollux, and Pollux killed Lynceus. Evidently, he didn’t see that coming.

In Persian mythology, names don’t get much bigger than Rostam (or Rustam). Originating from the Sistan region — what is now modern-day Iran and Afghanistan — Rostam’s legend dates to the 7th century A.D. or earlier. Although not widely known to Western audiences today, Rostam’s stories contain elements and tropes that would be surprisingly familiar to modern superhero fans. For starters, Rostam wore a special costume made of panther skin. He also had a unique type of armor that rendered him invulnerable to weapons. He even had a wonder-horse, the mighty stallion Rakhsh, whom none but his master could ride. Rostam was known for his great strength from an early age — as a child, he killed an elephant with a single blow — and was also revered for his skill in battle. But like many superheroes today — especially those published by Marvel Comics — Rostam got into fights with other heroes and suffered over-the-top drama in a life full of irony and tragedy. In one tale, he unknowingly fought and killed his own son. And one of his greatest adversaries was a jealous half-brother who eventually caused his death in an epic confrontation.

The word berserk exists in our dictionaries thanks to the Norse tales of these superhuman warriors. Before battle, berserkers entered a state of unbridled fury (possibly induced by drugs or a form of self-hypnosis). Once enraged, they became unstoppable fighters, impossibly strong, knowing neither pain nor fear — kind of a cross between Wolverine and the Incredible Hulk. In legend, berserkers often dressed in the hides of the wild animals from whom they were said to derive their savage power — typically wolves or bears (their name comes from the old Norse word berserkr, meaning bearskin or bear-shirt). The earliest known reference to them is in a poem dating from the 9th century A.D., although their legend may be much older. These men were far from perfect. You definitely wouldn’t like them when they were angry: In their bloodlust, berserkers couldn’t tell friend from foe and sometimes attacked the people they were supposed to protect. They paid a price for their abilities, too. Once a battle was over, berserkers would collapse for days or weeks — and sometimes die — from their heroic exertions.

You may not have heard of this 12th century Song Dynasty heroine before, but she is justly beloved as a legend in China, where her story is still told in operas, films and TV shows. And what’s not to love? Trained in martial arts from a young age and raised by a bandit king, Mu Guiying was a genuine badass. She bested her future husband in combat (then proposed to him). She was also a brilliant general, once crushing her enemies by defeating a hitherto unbeatable battle formation. According to some stories, she led troops into action even when she was pregnant, and gave birth to her son while still on the battlefield. Now that’s a superhero.