Groups including the Maya and Romans first flourished thousands of years ago, but we can still see traces of these sophisticated societies today. 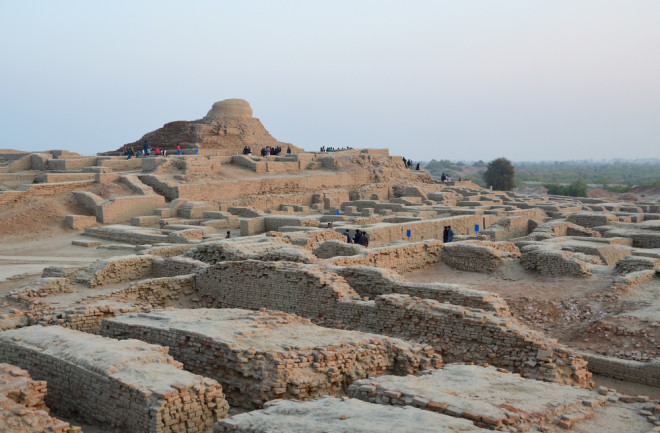 Around 12,000 years ago, humans hunkered down. Though they had previously traversed the planet to forage for food, people made the decision to devote themselves to agriculture and spent their days planting seeds, picking produce and amassing the world’s first food surpluses.

Ultimately, the security provided by abundant food allowed portions of the human population to concentrate on converting small, agrarian settlements into vibrant cities. They could construct towering temples and palaces and throw themselves into the burgeoning endeavors of art, philosophy and politics.

Here are seven ancient societies that have gained a reputation for their ingenuity and innovation. (The exact timelines for these civilizations are approximate and subject to academic debate.)

Ancient Sumer, an area in Mesopotamia above the shared floodplains of the Tigris and Euphrates rivers, is famous for fostering the first civilizations in human history. Around 10000 B.C., Mesopotamia’s “Fertile Crescent” allowed ancient populations to settle and support themselves with farming. By about 4500 B.C., these communities (who we currently call the Sumerians), could cultivate crops in such excess that they could forge the world’s first cities without feeling peckish.

Sumerian cities such as Eridu, Uruk and Ur contained tall temple and palace complexes. The ancient Sumerians are also credited with creating the written word: As many as 5,000 years ago, they scratched clay tablets with a writing system called cuneiform. This system allowed them to track the movement of grain throughout their territory, share stories and myths, and spread advice on agriculture and cooking, among other purposes. These innovations secured Mesopotamia’s modern title: the “Cradle of Civilization.” The Sumerians also pioneered mathematics, astronomy and astrology, invented irrigation, started the first schools, codified the first codes of law and fashioned our current conceptions of time by dividing the day into hours, minutes and seconds.

Around 7000 B.C., agriculturalists began building small villages throughout the Indus River Valley in present-day India and Pakistan. Starting around 3300 B.C., these settlements grew particularly bustling. Although the Sumerians invented cities, the people of the Indus Valley perfected them. Their settlements of Harappa and Mohenjo-daro, for instance, housed approximately 40,000 to 50,000 individuals and featured baked-brick buildings. Sophisticated sewer and water supply systems kept these cities clean, and their spacious streets formed a strict grid structure suggesting these sites were meticulously planned.

The painstaking urban planning that transpired in Harappa and Mohenjo-daro indicate the people of the Indus Valley sought uniformity. Their omnipresent bricks shared standard dimensions, and, indeed, their standardized weights and measures rank among their most important innovations. Other inventions included a mysterious writing system that remains undecipherable, and novel techniques in metallurgy.

By 6000 B.C., settlers arrived at the banks of the Nile and found an asylum from the scorching sands. They tilled the soil and built villages, and around 3100 B.C., these settlements became bustling metropolises, ruled by pharaohs who acted as statesmen — declaring laws, demanding taxes, waging war and overseeing their territory — and divine intermediaries between the people and their deities.

The Egyptians thrived for thousands of years under the pharaohs and found fame for their advances in several fields of knowledge. For instance, they possessed a vast awareness of what became arithmetic, astronomy and anatomy, and were credited with inventing medical surgery thanks to their skills in stitching wounds and setting broken bones. (It’s actually theorized that their mummification practices influenced their medical talents.)

The ancient Egyptians were also prolific writers. They independently invented a system of hieroglyphics featuring hundreds — if not thousands — of alphabetic, syllabic and logographic characters that they inscribed in stone. This early civilization also pioneered several derivative scripts that were written across papyrus, a tough material made from the pith of plants found throughout the floodplains. Above all, the people of ancient Egypt proved to be skilled builders. Their temples and tombs are considered among the grandest constructions ever executed, and their monuments such as the Great Sphinx and the Pyramids at Giza still remind us of their early ingenuity.

The Yellow River Valley of China fostered one of the world’s oldest civilizations. The first farming settlements appeared there around 5000 B.C., and from these modest foundations grew a centralized government. Starting with the Xia (2070-1600 B.C.), several successive dynasties dominated Chinese civilization. These kingdoms supposedly sustained themselves by divine decree, an idea that developed into the “Mandate of Heaven.” This political philosophy encouraged rulers to act as stewards of their people and warned against bad behavior.

In both tranquil and troubled times, Chinese culture flourished. In the Shang Dynasty (1600-1046 B.C.), Chinese scribes wrote with characters that resemble those used today, and by around 400 B.C., the ideas of famous figures such as Confucius began blossoming into full-fledged belief systems stressing virtue and filial piety. Beyond these philosophical achievements, Chinese artisans created the first silk and the first forms of paper. They also fashioned the first block printing processes and maritime compasses. The traditions of acupuncture and herbal medicine have become one of China’s longest-lived contributions. Additionally, Chinese builders are famed for constructing and connecting the first portions of one of the most impressive architectural accomplishments of all time: the Great Wall. This tremendous work started as early as the 7th century B.C.

Around 7000 B.C., Mesoamerican communities started cultivating maize and beans and developing permanent dwellings concentrated in what is now southeastern Mexico, Guatemala and Belize, as well as sections of Honduras and El Salvador. Starting around 1000 B.C., these villages were replaced by the ancient cities of the Maya Civilization, which spread around massive administrative and ceremonial complexes that seemed to touch the stars.

The Maya found the sky fascinating. They built large observatories and made meticulous records of planetary movement with a sophisticated system of writing that combined pictorial and phonetic characters. They also made predictions of the positions of celestial objects that rang true far into the future. In fact, the Maya people’s understanding of the movements of Venus, Mars and the moon inspired their famous system of timekeeping. This system incorporated complex interlocking calendars that timed their agricultural activities and religious rituals to coincide with certain astronomical arrangements. Modern minds are also captivated by their calendar, which is still consulted by many of the Maya’s 6 million modern descendants.

Ancient Greece wasn’t the first civilization to form on the craggy coasts of the Mediterranean, though their culture undoubtedly made its mark. In approximately 7000 B.C., agricultural settlements appeared across the Aegean Sea and grew into societies including those of the Minoans and Mycenaeans. In fact, the latter greatly influenced the Greeks: They developed the first forms of their language and worshiped several gods and goddesses who would ultimately populate the Greek pantheon, including Zeus, Poseidon and Athena. They also inspired ancient Greece’s most important myths, including their account of the legendary Mycenaean soldiers Achilles and Odysseus and their activities in the Trojan War.

By 1100 B.C., the Minoan and Mycenaean cultures collapsed, and around the 8th century B.C., a smattering of independent city-states, including Athens, Sparta and Thebes, began to dominate the Greek world. Though these city-states possessed distinct cultures, they shared a language, religion and interest in innovation. While the society’s poets such as Homer and Hesiod pioneered Western literature, Greek thinkers paved the way for modern medicine, mathematics and science, and became the first proponents of ideas such as atomism and heliocentrism. It was also ancient Greek figures — including Socrates, Plato and Aristotle — who fostered Western philosophy. Perhaps most consequentially, the culture laid the foundations for today’s democracies.

Though Rome began as a modest village along the banks of the Tiber on the Italian Peninsula around 750 B.C., it expanded into one of history’s largest empires, spanning massive swaths of the Mediterranean and beyond. As they extended their authority, the Romans often appropriated the ideas and inventions of those they encountered. For instance, they absorbed the divinities and rituals of the Greeks, Egyptians and several other societies to supplement their own pantheon. They also collected and systematized knowledge from throughout the Mediterranean world and wrote the earliest surviving encyclopedias. In fact, Pliny the Elder’s Naturalis Historia claimed to compile 20,000 facts from various cultures and cover all ancient knowledge about natural history, art and architecture.

Roman appropriation was not without ingenuity, particularly with state-sponsored construction projects. Though the Romans did not invent the road, arch nor aqueduct, their renditions were renowned for their sturdiness and strength, and some still operate today. Alongside the temples and amphitheaters — including the Pantheon and the Colosseum — that still stand thanks to the Romans’ innovations in concrete, their constructions testify to the skill of the era’s architects. Today, they remind us that plenty of impressive inventions are rooted in the ancient past.

How Cryptocurrencies Work (And Why They're So Popular)