Chile’s Atacama area boasts the rare and the wonderful sights. 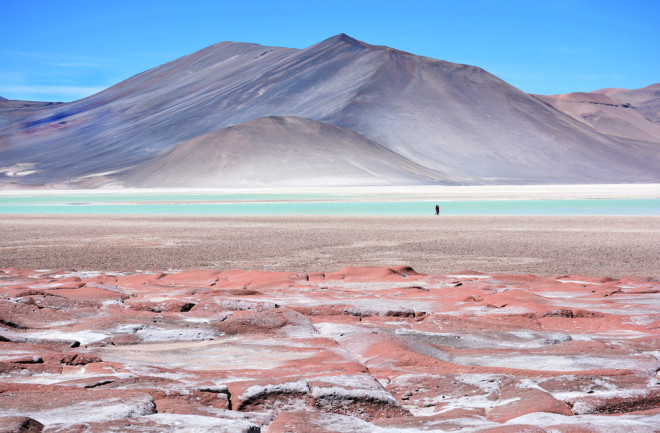 Rare natural phenomena and geological mysteries are commonplace in the world’s driest nonpolar desert, the Atacama of Northern Chile. Fields of geysers blast boiling water. Salt flats stretch for miles, punctuated by flamingoes in lagoons. And occasionally stunning desert flowers burst into bloom after rare rainfall; some spots in the Atacama see just a few millimeters of precipitation per decade.

Wedged between the Pacific Ocean and the Andes Mountains, this land of dry air also claims crystal clear night skies, glowing with the southern constellations year-round. The entry point for tourists (and many researchers) is the artsy bohemian village of San Pedro de Atacama, situated on a high Andean plateau 30 miles west of Bolivia.

Visitors, it turns out, can also spot celestial marvels in the dusty sand at their feet. Unique, glassy black rocks that are scattered across the northern Atacama had long baffled geologists — until November of 2021, when a study in Geology pinpointed “identical meteoritic grains” (in short, comet minerals) in these rock specimens. Combined with other variables, the study’s authors concluded that a near-Earth comet likely exploded at low altitude, raining down fiery minerals that melted sand across the Atacama.

Perhaps most surprisingly, the extraterrestrial event seems to have occurred 12,000 years ago — quite recently in astronomy and geology terms. Hunter-gatherer groups likely occupied the region and might have witnessed the harrowing space shower.