Dark Tourism: Why People Travel to Sites of Death and Tragedy

Droves of tourists frequent concentration camps, sites of famous battles or even places where mass atrocities occurred. What draws us to this dark tourism? 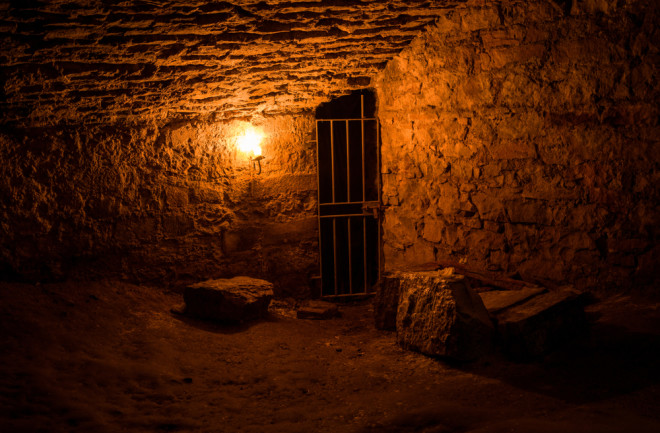 If you've ever traveled somewhere new, there's a good chance you've planned your itinerary around popular destinations to make the most of your trip. That’s why famous museums, parks, restaurants and beaches are commonly filled with people trying to experience what makes a particular location so great. But some of us have a penchant for places that are historically associated with death and tragedy. All around the world, these tourists visit concentration camps, historical grounds of famous battles or even places related to mass atrocities.

Today, this practice — fittingly called "dark tourism" — is a multi-billion dollar industry. But it's also far from a new phenomenon. Some people have always been drawn to death, and two of the earliest examples are the displays of public executions and the Roman gladiatorial games. The Colosseum in Rome may very well be one of the first dark tourism attractions. But what is it about these locations that make them so engaging? According to experts, there are plenty of factors that help draw us to these lurid locales.

The Appeal of Death and Tragedy

The motivations of tourists in visiting dark tourist locations often come down to four common themes, according to a 2021 study published in International Hospitality Review. Curiosity appears to be the biggest factor, but personal connection also matters. Many tourists take part because they feel connected — or want to feel a connection — to the events that transpired at a particular location, says Heather Lewis, assistant professor at Troy University who was involved in the 2021 study.

Others visit for educational purposes, while some just happen to be in the same place and decide to participate after seeing something that might be of interest, she adds. For some people, visiting the graves of celebrities they like is a way to celebrate their lives, and it’s not about focusing on the difficulty of their life, or the tragic circumstances behind their death.

“Dark tourism does not need 'dark' tourists — only people who are socially engaged in the cultural and political fabric of their own life world,” says Philip Stone, executive director of the Institute for Dark Tourism Research. “[It] is the commodification of places of pain and shame and, consequently, shines a mirror on contemporary society of how we memorialize, and who we remember.”

The concept of dark tourism is culturally nuanced and means different things to different people. It can mediate our sense of mortality through the fatality of others where the dead act as warnings from the history of our own fights, follies, and misfortunes, says Stone. In short, a fascination with death in itself might not be the primary motive for visiting dark tourism sites; it likely has more to do with an individual's interest in cultural heritage and education.

Still, despite that nuance, dark tourism is often frowned upon. For tourists and travelers, it can seem like a minefield mired in “moral ambiguities and managerial dilemmas,” says Stone. In many ways, the industry is all about managing our collective memory and providing a memorialized afterlife to those who died tragically or untimely. At the same time, it allows contemporary visitors to consume narratives of death that have been streamlined for their consumption. In other words, the practice can be considered a "touristification" of the places and people steeped in death and tragedy.

“Remembrance is a political process that is selective of what, who, and where is memorialized — and, perhaps more importantly, forgotten,” he adds. “As such, dark tourism showcases our significant dead as spectacular in a society of spectacle where commercialism ensures everything is 'packaged up' and sold, even tragic or calamitous death.” At its core, there is an element of dark tourism that knowingly exploits our fascination with the macabre, stirring up complicated ethical and moral issues about our own behavior.

For Lewis, dark tourism isn’t necessarily a bad thing as long as it’s properly managed. The increase in tourism can be used to restore or maintain facilities in dark tourism locations, but it should not destroy or diminish the integrity of the location over time. For instance, there are Hurricane Katrina tours that will not visit certain parts of the city out of respect for the individuals living there, she adds.

People must always be respectful of those who have experienced loss and hardship at dark tourism locations. Traveling responsibly and minimizing its impact on residents remain highly important because old suffering may be reopened, intensified, and prolonged by tourists.

“The overall concern that we should have with dark tourism is making sure that we are being ethically and morally upright in the marketing and use of these locations as a dark tourism destinations,” says Lewis. “We should never seek economic gain by exploiting others’ suffering and loss.”