Emphasizing our strong bonds that we have with our dogs, a new study reveals dogs can smell the stress odors humans produce. 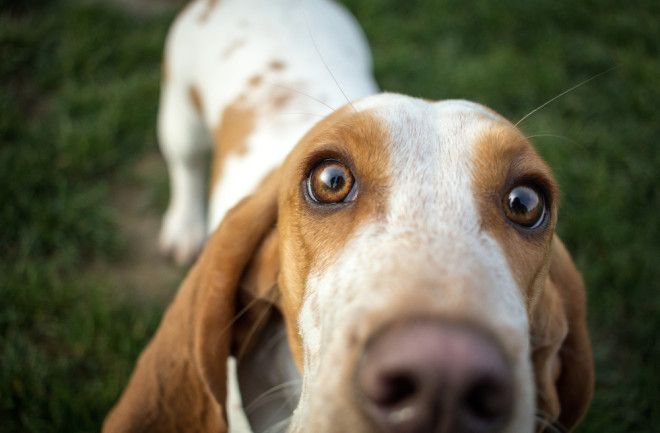 Your dog doesn’t just use its nose to find leftovers on the counter or that aging piece of garbage on your walks. It actually uses its nose to discover critical information, like recognizing family members, identifying predators and, of course, locating food.

And this incredible sense of smell could also inform dogs about their human companions. A new study published in PLOS ONE found that dogs can detect when humans are stressed based on the odor profiles we produce. The study sheds more light on our relationship with dogs and could improve training for anxiety and post-traumatic stress disorder (PTSD) service dogs.

“This study demonstrates that dogs can discriminate between the breath and sweat taken from humans before and after a stress-inducing task. This finding tells us that an acute, negative, psychological stress response alters the odor profile of our breath/sweat and that dogs are able to detect this change in odor,” conclude the authors in a press release.

Broadly speaking, stress is a physiological and psychological response triggered during a challenging situation you don’t believe you can overcome.

For humans, stress alters our odor profiles for breath and sweat, which are typically used for communication among our own species, according to the study. But because of the close domestication we’ve developed with dogs throughout history, it’s possible that dogs can sense this form of communication, too.

More on Dogs and Humans:

We don’t know of another species more interwoven into human society than dogs. Its possible domestication could have begun 33,000 years ago. And we’ve seen this strong relationship between dogs and humans help with psychological conditions, such as PTSD, anxiety and panic attacks.

Past research shows that service dogs do improve mental health for veterans with PTSD symptoms. Calm dogs can create a strong bond with the veteran, which weakens the PTSD symptoms. But is this because they can smell when we are distressed?

For this specific study, researchers wanted to know if dogs could detect the stress odors that we produce, even if they are not within our own species.

Researchers had individuals go through a fast-paced arithmetic task and collected heart rate and blood pressure levels afterward. They showed those who felt an increase in stress to trained dogs and used kibble markers to label the stress odors. The dogs could detect the kibble from the stressed individuals 93.75 percent of the time, according to a press release.

This percentage was greater than expected, according to the press release. While the study shows that dogs can sense our stress odors, it also just goes to show the strong connection between humans and our furry best friends.

These 5 Animals Trip on Psychedelic and Psychoactive Drugs, Too

More From Discover
Mind
What is Anxiety and How Can Worries Overpower Us?
Health
This is How Much Water You Should Actually Be Drinking Each Day
Health
What is Epilepsy and What Should We Know About it?
The Sciences
Your Body, the First 5 Minutes After You Die
Health
A Blood Test That Screens For Multiple Cancers At Once Promises To Boost Early Detection
Health
Feeling Sleepy After a Thanksgiving Meal? It Might Not Be the Turkey
Recommendations From Our Store
My Science ShopDiscover STEM Kits
My Science ShopDiscover 2022 Calendar
My Science ShopStrange Science
My Science ShopElements Flashcards
Shop Now
Stay Curious
Join
Our List