New research suggests dogs have a much more individualized personality that goes beyond their breed. 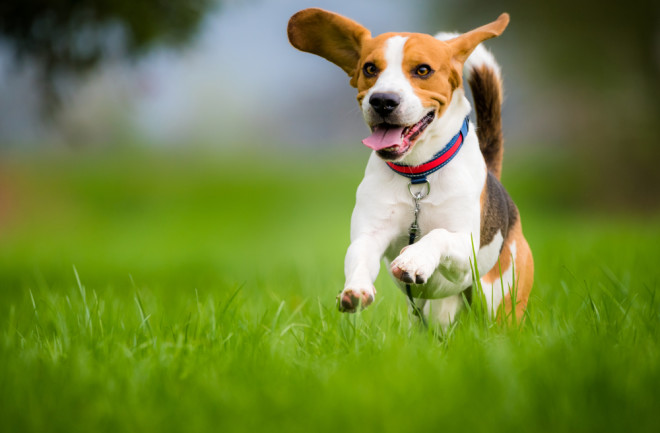 When we adopted a tiny black-and-white puppy in February, we couldn’t even try guessing her breed. She was one of more than 100 dogs rescued from a hoarding situation, and she arrived in foster care without siblings or a mother. We immediately ordered a doggy DNA test and learned our little Gabriela was 81 percent terrier — a mix of chihuahua, toy fox terrier and dachshund. She also had smidges of beagle and Boston terrier.

Gabriela’s personality began to shine as she realized she was in her forever home. She now makes little woo-woo sounds to get our attention. Is this, we wonder, because she is four percent beagle? And she loves to chase squirrels from our yard and then stand with her paw up so our other two dogs are alerted to the prey. Is this because she is mostly terrier?

Scientists now have a clearer understanding of how breed types influence behavioral traits. In a new study, a team of researchers at the Broad Institute of MIT and Harvard paired thousands of doggy DNA tests with surveys from pet parents to determine which behaviors were strongly associated with breeds. The results showed we should rethink breed stereotypes. Although researchers can attach some traits to specific breeds, dogs are far more individual than previously realized.

From OCD to DNA

The team at the Broad Institute started studying dog traits not because they were interested in woo-woo sounds or paw-pointing behavior.

“We were studying compulsive disorders, which dogs get,” says Elinor Karlsson, the director of vertebrate genomics at the Broad Institute. “We were trying to understand the genetics of compulsive behaviors in dogs, and it might tell us something about OCD in humans.”

Karlsson founded Darwin’s Ark, a community science project in which people could enroll their dogs and share genetic data. The project was able to collect data from a diverse population including purebreds with papers and shelter dogs with no known pedigree.

The team surveyed 18,385 pet parents and then sequenced the DNA of 2,155 dogs. They analyzed the data and looked for patterns in behavior. They divided behavior traits into two main categories. The first — “more heritable” — was for behavior that was thought as breed-driven, such as “biddability,” meaning a dog’s willingness to respond to commands.

The second category, “less inheritable,” was for traits they didn’t associate with breed type, like fear of thunderstorms. The results were not as Karlsson or her team expected.

The study found that some behaviors are indeed associated with breed type. But these behaviors only accounted for nine percent of variation in behavior. Retrieving was the most heritable behavior trait.

For the trait of biddability, the team found that breeds like the Belgian Malinois, vizsla and border collie were the most likely to respond to human direction in training scenarios. In contrast, the basset hound, Alaskan malamute and Shiba Inu were most likely deemed “independent.”

The results meant that for some breeds, retrieving, biddability or howling were a predictable, but not an absolute, trait.

The team concluded breed type was only a moderate predictor a dog might have a certain behavior. A border collie puppy, for example, might indeed be smart and easy to train. But it also might not be eager to please, which can make it harder to teach it commands.

Rankings that claim certain breeds are “most stubborn” or “smartest” or “best for families” are based on generalizations, not data. And the study’s results demonstrate that most dog behaviors are not consistently seen among a breed type to support such generalizations.

“Getting a dog is never going to be like shopping out of a catalog,” Karlsson says. “If you get a beagle, they are more likely to howl than a Labrador. But that doesn’t mean you can’t get a Labrador who doesn’t howl.”

The DNA of Woo-Woos

With some traits, genetics do influence doggy behavior. Although, the study found consistent patterns, not absolutes. Dog breeds like golden retrievers, huskies, Labrador retrievers and pit bulls were more likely to score as social compared to a randomly selected dog from the sample. But the study also found high variation among breeds. So although golden retrievers are more likely to be social, it’s possible that some are introverts.

Behaviors such as chasing, pointing and howling are more genetically encoded, and Karlsson says her team hopes to one day identify behavior traits at the chromosomal level. Such nuanced testing would one day determine whether little Gabriela’s woo-woos are indeed a result of her four percent beagle ancestry.

“I’d love to go across chromosomes to see [...] behavior and see where it is coming from,” Karlsson says. “If we looked at that part of her DNA, would we see she had ancestry from a howling dog? We don’t know how to do that.”

Until then, Karlsson says all pet parents have to see their dog as an individual and to let go of trying to explain behavior through breed stereotypes. The woo-woos, for example, might be beagle-related. Or they might just be a Gabi-ism.

Read More: Our Dogs Do Manipulate Us, According to Science

Whiptail Lizard May Be Key To Predicting Hybrid Outcomes