Murder Hornets Menaced Parts of the U.S. This Year. How Big of a Threat Are They?

You likely heard about them last spring. Then they disappeared ... or did they? 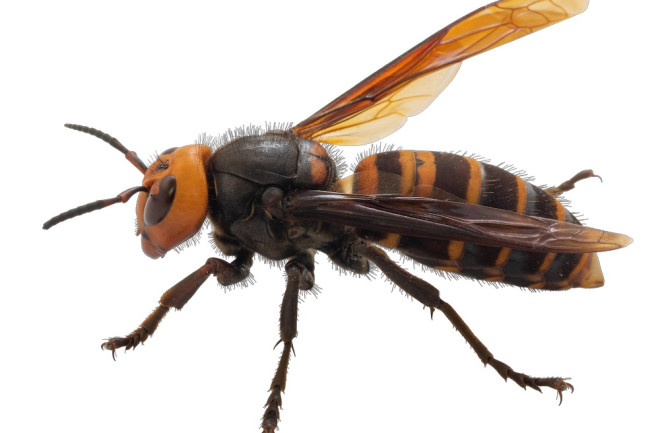 This article appeared in Discover’s annual state of science issue as “Murder Hornets on the Run.” Support our science journalism by becoming a subscriber.

It was a grisly scene: a hive of decapitated honeybees, their heads chewed off. And it signaled to scientists that thumb-sized “murder hornets” native to Asia had invaded the Pacific Northwest. The finding in the fall of 2019 suggested that a new generation would emerge come spring.

By May 2020, the hornets swarmed into the public consciousness via viral news stories and ensuing internet memes that disappeared nearly as quickly as they emerged. The hornets themselves weren’t gone, though — they were lurking underground.

Only a handful of Asian giant hornets were spotted in the spring: These were new queens, awake from hibernation and looking for spots to build underground nests. Once they set up shop, they stayed in, laying eggs. Those hatched worker hornets, which emerged in the summer. The June lull in hornet sightings was right on schedule, as was a mid-July reappearance. In October, researchers found an active nest in northern Washington.

“We fully expected that there would be basically nothing going on for several months,” says Chris Looney, an entomologist at the Washington State Department of Agriculture. He’s been on the Asian giant hornets’ trail since decimated honeybee hives were reported in 2019.

The hornets likely made their way to the U.S. via shipping containers from East Asia. There they live mostly in harmony with people and the ecosystem, only occasionally destroying a hive and feeding the bee carcasses to their larvae.

And while the hornets don’t pose a lethal threat to most people, their sting is no joke. “Everybody says it’s one of the worst experiences they’ve ever had,” says Looney. “It’s been likened to having hot nails driven into your skin.”

To stop the hornets from gaining a foothold in North America, Looney says it’s critical to get rid of them within the next few years, or at least stop their spread. Their weakness? “A really gross mimosa in a bottle,” Looney says. This spring and summer, he and fellow entomologists, along with volunteers from the community, placed concoctions of orange juice and rice wine across northwest Washington’s Whatcom County. Every week, each trap attracts a softball-sized clump of insects. When the researchers are lucky, one of those insects is an Asian giant hornet — and that means a nest must be nearby.

They can try to find it using tools like radio trackers (on a captured hornet) and heat-sensing cameras to pick up the thermal energy of the hornets’ burrow. Then it’s a matter of destroying the nest with insecticides, carbon dioxide or vacuuming up the hornets.

Looney says that there’s minimal risk of the hornets overtaking the entire U.S. “There’s not really an easy mechanism for them to traverse the Midwest. The one thing that makes me worry,” he says, “is our train traffic. We’ll see.”

Before you conjure up images of murder hornets stowing away and building nests in train cars, rest assured: If anything, it would be a hibernating queen accidentally transported along with her underground nest. That would only happen “if somebody tries to take their compost heap from Washington to New York or something like that,” Looney says. So, if you’re planning a cross-continental move, bid your compost adieu before making the trip.