Scientists Tune in to Fish Speech

Many are looking into the cacophony of sounds that fish use to communicate — and now you can, too. 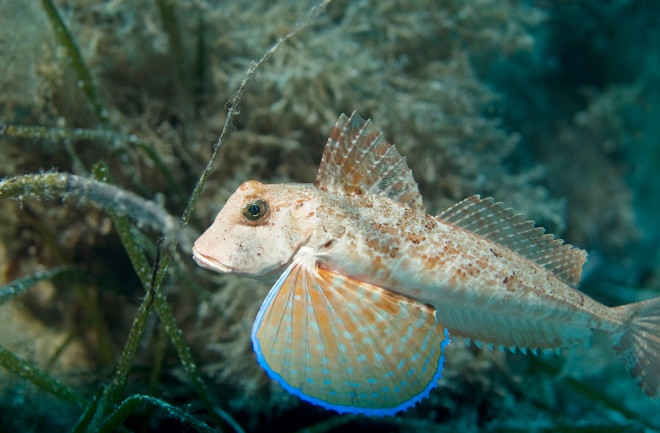 The past year saw a flurry of research documenting a phenomenon that fishers and scientists have known for centuries: Fish are surprisingly chatty creatures. “If you think about a lot of fish common names, [like] croakers and grunts,” says Audrey Looby, a doctoral candidate at the University of Florida, “all those types of fish are named after the sounds they make to communicate.” One such creature, dubbed the pigfish, even snorts like a pig, she adds.

Yet these fish have long been considered outliers, says Cornell University biologist Aaron Rice. He’s one of the scientists challenging that assumption. In a study published in January 2022, Rice mapped sound-producing species onto a family tree and showed that at least 175 families of ray-finned fishes — the largest and most diverse fish group — contain a species that communicates via sound.

Meanwhile, Looby co-led efforts to create the FishSounds website (fishsounds.net). The first of its kind, this digital library of recordings could help researchers understand fish behaviors, track invasive species and monitor overall ecological health. Given the dire state of aquatic ecosystems, that can only be a good thing. And for non-experts, it’s great fun to browse through the different noises, including “chirp,” “jackhammer chorus” and “boop.”