The Scientific Mystery Behind The Bermuda Triangle

The Bermuda Triangle is a region of the ocean that supposedly has swallowed ships whole, and it has fascinated us for decades. But is there any truth to the tales? 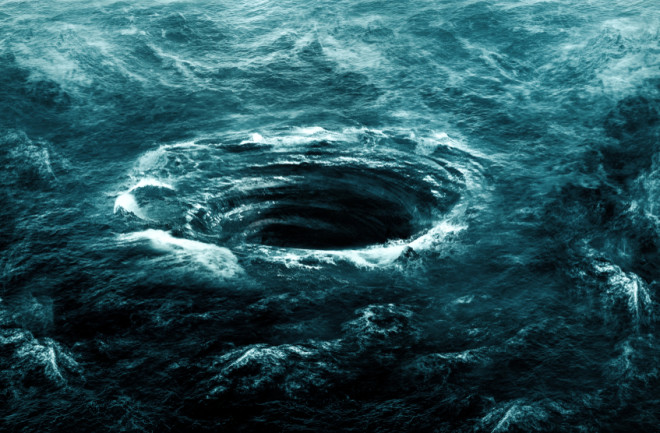 This article was originally published on March 11, 2021.

Just off the southeast coast of the United States, there lies a span of ocean that’s long held a fearsome reputation. Ships traversing its choppy breadth disappear without a trace. Flights routed above the waters blink from radar screens, never to be seen again. The mysterious happenings have conjured stories of supernatural interference, alien kidnappings and an area somehow outside the normal bounds of physical reality. The Bermuda Triangle, it’s said, is a haunted place.

That’s just one version of the story, of course. The Bermuda Triangle has been the site of a number of high-profile and still-mysterious naval and aviation disappearances. But that those disasters are the result of anything sinister, as opposed to the logical conjunction of environment and statistics, is extremely doubtful.

Still, a number of people have proposed scientifically valid explanations for the disappearances of ships and planes in the Bermuda Triangle over the years. The ocean is a dangerous place, after all, and it’s not uncommon even today for things to go wrong. In the storm-tossed waters of the North Atlantic, safety is never a guarantee.

Where is the Bermuda Triangle?

The Bermuda Triangle, as it’s most commonly defined, stretches between Miami, San Juan, Puerto Rico and the island of Bermuda. In all, it encompasses hundreds of thousands of square miles in the North Atlantic Ocean, a huge area. The region also sees heavy traffic from ships coming and going from the East Coast and Gulf of Mexico.

The Bermuda Triangle got its name from a 1964 article in the pulp magazine Argosy, which linked together a few disappearances in the region. “The Deadly Bermuda Triangle” didn’t offer up any explanations for the occurrences, though it did heavily emphasize the mysterious nature of the area. The article features the disappearance of the U.S.S Cyclops, a Navy supply ship, in 1918, and the loss of a flight of bombers during a practice run in 1945, as well as one of the search and rescue planes sent out after them.

These incidents, and others, have today become part of the lore of the Bermuda Triangle. These stories are often stitched together to hint at something untoward lurking beneath the surface of the Atlantic Ocean. In addition to the supernatural explanations, a number of more realistic explanations for the phenomenon have been put forward throughout the years, ranging from wayward magnetism to dangerous bubbles.

Another common explanation for the Bermuda Triangle rests on magnetism. The Earth’s magnetic North Pole isn’t the same as its geographic North Pole, which means that compasses usually don’t point exactly north. Only along what’s known as agonic lines, which line up magnetic and geographic north, are compasses truly accurate.

One agonic line runs from Lake Superior down through the Gulf of Mexico near the Bermuda Triangle. One theory holds that mariners, usually accustomed to accounting for a discrepancy in their compass readings, may make mistakes when very near to the agonic line that lead them astray. Paired with the often shallow waters of the island-strewn Caribbean Sea, navigational errors could lead to boats running aground on hidden shoals.

Another theory posits that the Bermuda Triangle might be home to a large-scale magnetic anomaly, a region where the Earth’s magnetic field lines are warped and twisted. This, too, could cause navigational mistakes. But, as others have noted, there’s no evidence the Bermuda Triangle contains any unusual magnetic disturbances, something that’s clear when looking at a magnetic map of the region.

More recently, some scientists have suggested that ship sinkings in the Bermuda Triangle could be due to massive bubbles released from undersea methane deposits. The seafloor in the region is known to contain large pockets of gas that could be released suddenly, turning the ocean into a frothy soup that swallows ships. A similar process likely created huge seafloor craters near Norway.

But though the mechanism itself makes sense, there’s no evidence of any recent methane release from the area around the Bermuda Triangle. The last time anything similar happened in the region was around 15,000 years ago, according to U.S. Geological Survey geologist Bill Dillon.

Another explanation for the Bermuda Triangle that checks out on paper is the presence of rogue waves. These huge waves can form unexpectedly and rise two or even three times above surrounding waves. As Vice reports, British researchers used lab and computer models to simulate the effects of rogue waves more than 100 feet tall on ships as part of an investigation into the Bermuda Triangle. Ships that were sufficiently long could get caught suspended between two wave peaks with nothing supporting them from below and snap in half, one researcher theorizes. But, while rogue waves are certainly capable of capsizing or breaking a ship, we have no definitive evidence tying them to any of the naval disasters in the Bermuda Triangle.

The U.S. government doesn’t recognize the Bermuda Triangle, and the area doesn’t appear on any official maps. And the Coast Guard and Department of Defense have repeatedly refrained from giving the area, or its legends, any outsized significance. Furthermore, there’s no evidence suggesting the region sees higher rates of maritime or aviation disasters than anywhere else in the world, after accounting for the amount of traffic that passes through.

The true explanation for the Bermuda Triangle may ultimately reside not in the ocean, but in our minds. Our minds are often biased toward bizarre or otherwise memorable events, and have trouble accurately accounting for statistical discrepancies. For example, we’re more likely to remember things that seem exceptional — such as a ship that disappears with no explanation — than something more ordinary, like a ship sinking in a hurricane.

And once something stands out to us, it can form the basis for further attention. It’s a form of what’s called a frequency illusion, sometimes referred to as the Baader-Meinhof effect. Essentially, once we’re introduced to something once, we tend to notice it more often all around us. That can lead us to think whatever we’ve noticed is becoming rapidly more common, when, in reality, we’re just noticing it more.

Whatever is ultimately responsible for the legend of the Bermuda Triangle, be it psychological or otherwise, it’s worth remembering that there’s never been any evidence that the region is any more dangerous than anywhere else. So go ahead and take that vacation to Bermuda — but, as always, make sure to wear a lifejacket when you’re out on the water. It’s just common sense.