Growing in size and numbers in lakes and rivers, goldfish threaten native species and can cause ecological damage. 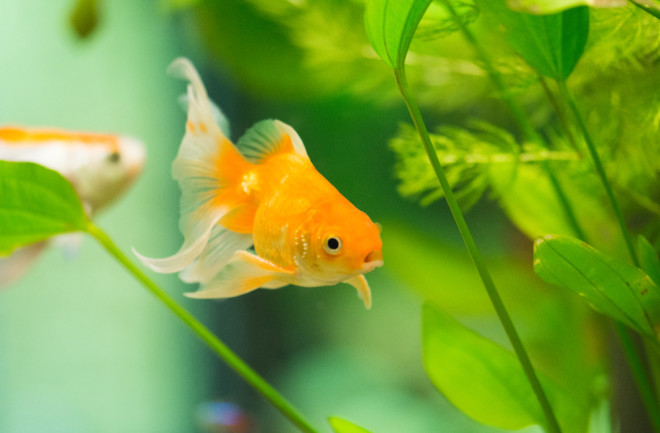 Flushing fish to freedom is a common cartoon theme, but has become a growing global problem for rivers or lakes. In 2003’s Finding Nemo, a Moorish idol trapped in an aquarium yearningly tells Nemo that, “all drains lead to the ocean.” The movie prompted viewers to flush their fish, or set them free in bodies of water.

Goldfish in particular are an invasive species that are thriving in freshwater, but causing ecological damage and endangering native species. In the Niagara River, officials pulled out a 14-inch goldfish. In Minnesota, the city of Burnsville displayed an 18-inch goldfish found in Keller Lake, and wildlife officials in Carver County caught as many as 50,000 pounds of goldfish living in multiple lakes.

Wildlife conservationists are trying to stop goldfish from taking over rivers and lakes. However, the lack of research as to how goldfish live in the wild is a major challenge for this task. Up until the last decade, there have been few studies on how goldfish migrate and spawn in the wild. Wildlife officials need this data to stop goldfish from taking over and causing permanent damage.

Goldfish (Carassius auratus) are a domesticated fish that originated in Asia. The popular freshwater fish was exported to the U.S. colonies in the early 1700s and settlers intentionally released them into ponds. By the 1800s, the goldfish was considered an ornamental species, and the U.S. Fish Commission provided states with goldfish for aquariums, fountains and decorative ponds.

Goldfish have now been observed in freshwater rivers, ponds or lakes in every U.S. state, except Alaska. Although people have been dumping goldfish into the wild for centuries, the problem has intensified in the last 40 years.

Commercial fishing boats in the Michigan waters of Lake Erie, for example, didn’t harvest any goldfish in 1980. By 1997, they pulled in almost 11,000 pounds of goldfish. The poundage fluctuated since then from zero in 2003 to almost 91,000 pounds in 2009. In total, almost one million pounds of goldfish were fished from these waters by 2019.

Goldfish aren’t just invading U.S. waterways. The goldfish population in Australian rivers has increased by 63 percent since the 1970s and could cause similar damage.

Goldfish are omnivores with a distinct feeding style. Whereas herbivores snack on plants, limnivores munch on mud and carnivores eat other fish, omnivores will take what they can get. For goldfish, that means sifting along the bottom of its habitat to see what looks good.

In trawling a lake floor or riverbed, goldfish disrupt the sediment that has settled and compacted overtime. Among this sediment are nutrients, including phosphorus, which have been contained and rendered inactive. Once disturbed, the phosphorus re-enters the water column and changes the chemistry. Algae grows when phosphorus levels become too high, and can lead to algae blooms, which are harmful to both humans and animals.

Disrupting the sediment can also cause the water to become murkier, which means sunlight isn’t able to penetrate like before. The loss of sunlight can kill underwater plants and disrupt both the habitat and food source for native species.

In addition to polluting waters, goldfish are also carriers of parasites and diseases. Goldfish are prone to fish lice, for example, which can cause mortality in other fish populations. Studies have also found that goldfish are a common carrier of parasites that affect the gills. While goldfish may be hearty enough to tolerate the parasites, ecologists worry about vulnerable native species.

Many locales are now taking action to rid their waterways of goldfish.

Not all invasive species are a problem, and an estimated 90 percent of non-native species don’t have a huge impact on the environments they invade. Goldfish are an exception, which is why some local officials say they must be flushed from waterways.

Only in the past decade have scientists begun tracking and studying goldfish to learn how they live in the wild. One team of Australian researchers focused on goldfish living in a river to understand how far they typically travel and where they prefer to spawn. The researchers caught 21 wild goldfish and anesthetized them so they could be weighed, measured, tagged and released back into the water.

The study found goldfish don’t move far, and they typically travel about 0.18 miles each day. Goldfish thrive in slow moving or still water, and they head to inlets or coves for spawning.

Such studies are informing wildlife officials and private exterminators who remove goldfish from waterways. Exterminators head to inlets where goldfish are most likely to swim, and use techniques like electrofishing to stun the fish below and scoop out non-native species. Non-targeted fish wake up within moments and continue swimming.

Environmental scientists used electrofishing in 2020 to weed out goldfish from the Cornelia Lake system in Minnesota where they estimated more than 20,000 goldfish now dominate.

Wildlife officials urge goldfish owners to not flush their fish or release them into bodies of water. They don’t consider it setting the fish “free.” Rather, it might mean exterminators might stun little Nemo.