We Could be Closer to Improving Treatment for Tumors in Dogs

A study compares three types of cancerous sarcoma, or common tumors in dogs, that could inspire innovations in diagnosis and drug therapy. 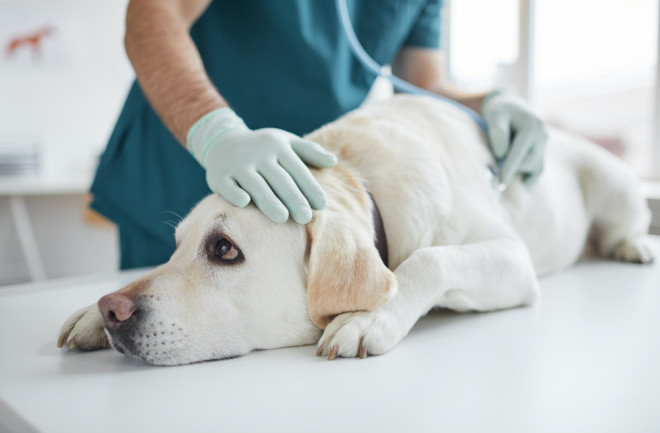 Dogs face an assortment of familiar ailments, including allergies, arthritis, diabetes and dementia. But unfortunately for our furry friends, one of the most common canine conditions is cancer, with around 1 in 4 dogs and approximately 1 in 2 older dogs developing the disease, according to the American Veterinary Medical Association.

But a new genetic analysis published in PLOS One delves deeper into canine cancer. It describes the similarities and the differences between three types of canine sarcoma, a common and cancerous soft tissue tumor. According to the researchers, these descriptions could contribute to the creation of new clinical strategies for diagnosing and treating dogs someday in the future.

In the U.S., approximately 95,000 dogs see sarcoma diagnoses a year, and around 20 to 30 percent of those dogs ultimately die due to the cancer. But, despite being a common condition, canine sarcomas continue to challenge doctors. Their various subtypes demand distinct treatment strategies in spite of appearing almost identical to one another.

"The different subtypes of soft tissue sarcomas can look so similar even trained pathologists have trouble distinguishing one from another. Yet it turns out they are not all the same," says Eric Shelden, a study author and professor at Washington State University’s College of Veterinary Medicine, according to a press release. "They are a very diverse group of cancers."

Seeking better strategies for identifying and dealing with the various sarcoma subtypes in dogs, Shelden and a team turned to state-of-the-art genetic sequencing and computational analysis. These techniques allowed for the comparison of the genetic compositions of three common sarcoma subtypes, and they revealed that a single approach to treatment is far from successful across those three variations.

"From a clinical standpoint, the findings of this study hint that perhaps our view of this tumor type should change, and we should be looking to make better distinctions among the various subtypes, ultimately with the goal of better defining treatment and prognosis," concludes Rance Sellon, another author of the analysis and professor at Washington State University’s College of Veterinary Medicine, in a press release.

Previous studies started the genetic analysis of soft tissue sarcomas. But this study implemented genetic sequencing to fully compare and contrast between three different subtypes for the first time.

"We looked at thousands of genes and their expression patterns at once, and then we tried to unravel computationally whether there are differences between the different tumor types, and there are," Shelden says in a press release. "While it will probably take some years before the effect of this study is actually felt in a clinical setting, the hope is that this will make people realize that you shouldn’t just treat these tumors similarly."

At the moment, the typical treatment for all canine sarcoma subtypes attempts to remove the tumors and stop their spread through surgery and radiation therapy. More than merely invasive, these treatments are also unreliable, and recurrence remains a common concern.

As a result, the researchers assert that different forms of drug therapies may one day become the best solution for treating the various sarcoma subtypes, although additional analyses must first confirm the distinctions between the subtypes and solidify which drugs and dosages would be best suited for the task of treatment.