The Great Salt Lake is drying up, and its impact to the environment and economy could be major. 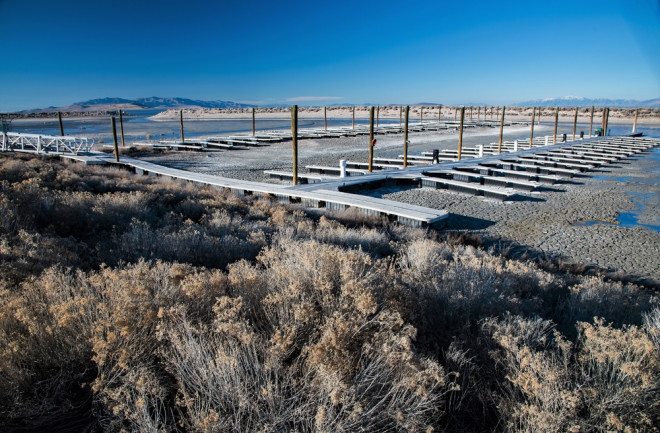 The Great Salt Lake is yet another evaporating lake making headlines along with Lake Mead and Lake Powell due to low water levels. According to a report from Brigham Young University, unless measures are put in place to restore billions of gallons of water, the lake could be a bowl of toxic dust within the next five years.

Drying lakes can have disastrous effects on the planet and the people and animals who live there. Let’s take a look at why lakes are important and what happens when lakes dry up.

Read More: No End in Sight for Megadrought Crisis as States Fail to Agree on Use of Colorado River Water

Lakes Are A Vital Ecosystem

Lakes are essential for many species of fish, frogs, aquatic plants, insects and migratory birds — providing food, shelter and breeding habitat. Non-aquatic animals, such as deer, foxes, wolves, bears, moose and many more, use them for drinking water, swimming and as a way to cool off.

The Great Salt Lake also helps to prevent toxic dust particles from entering the atmosphere. According to the BYU report, the bed of the Great Salt Lake has pollutants such as arsenic, mercury and lead that could end up in the atmosphere if the lake were to dry up. These pollutants could create reproductive issues, cardiovascular damage, cancer and cognitive impairment.

While lakes provide habitat for many plants and animals, they’re also a vital part of the water cycle. They can help filter and store water, as well as help prevent flooding. Large lakes, like the Great Lakes of North America, can even form microclimates. During the summer, lakes can help keep the surrounding areas cooler. This effect can prolong growing seasons and ward off frosts that may kill crops.

Lakes Are An Important Source Of Water And Energy

According to The Nature Conservancy, about 70 percent of the planet’s freshwater withdrawals is used in agriculture annually — some of which comes from lakes. Part of the reason the Great Salt Lake is dropping so rapidly is for farm and irrigation use.

Water from Lake Mead is also used for farming and as part of the Hoover Dam that provides hydroelectric power to parts of Nevada, Arizona and California.

Lakes Are A Vital Economic Source

The Great Salt Lake, according to the BYU report, provides $2.5 billion in economic activity each year. Without the lake, the area could lose 1.7 to 2.2 billion dollars and 6,600 jobs.

Lakes provide an excellent source of recreation. From fishing to boating to swimming, many people use lakes to relax and have fun. A 2019 report from the Department of Interior states that Lake Mead as a recreation area generated $336 million after seeing over 7.6 million visitors in 2018. These visitors helped provide nearly 4,000 jobs and millions of dollars to the surrounding communities.

Besides recreation, lakes are used as communication networks and shipping routes to move economic goods. The Great Lakes Region is responsible for more than 50 percent of all trade between the U.S. and Canada, accounting for over 200 million tons of goods traded yearly and a gross domestic profit of $6 trillion. To say lakes are important is an understatement.

How Old is the Water We Drink?