A growing body of research finds that people can better understand one another by (virtually) walking in others’ shoes. 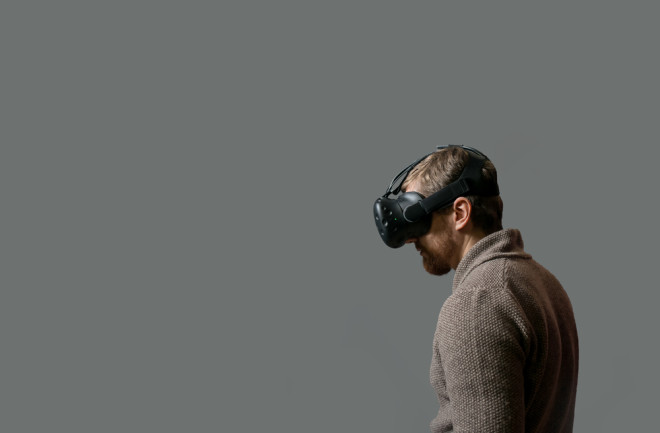 Anyone who has felt a heightened appreciation for others after watching a powerful film or gazing at a vibrant painting understands how media can trigger empathy. While creative works have long helped us understand those who are different from ourselves — Roger Ebert described film as "a machine that generates empathy" — researchers have found that a relatively new medium may be especially effective at inspiring individuals to see the world through others’ eyes: virtual reality.

A wealth of research has uncovered how virtual reality can serve help encourage greater empathy between individuals — whether to better understand the life of an unhoused person, gain insight into elderly people’s experiences, or to appreciate other cultures, to name a few.

"We found that VR was able to elicit empathy in a variety of settings," says Megan Brydon, PACS Application Specialist at IWK Health Centre in Halifax, Nova Scotia. She was the lead author of a new research survey published in Journal of Medical Imaging and Radiation Sciences, which found that VR could help medical professionals to cultivate greater empathy for their patients.

The survey examined seven studies in which researchers used VR to encourage empathetic behavior in caregivers. They played the role of physician in some cases, along with patients diagnosed with conditions including breast cancer, cranial nerve injuries and dementia.

For example, in one 2018 study, subjects donned specially designed goggles, gloves and headphones that altered their perceptions while completing daily tasks to simulate life with dementia. In another study, subjects put on a head-mounted display to take on the perspective of a patient with signs of breast cancer.

Even with a range of approaches, the studies consistently pointed to an uptick in empathic behavior following the VR experience. To Brydon, these consistent results point to the potential of virtual reality as a training tool for medical professionals.

"If you want to learn about a given population or ensure that you’re really prepared to provide care, it seems that VR can facilitate some of that," says Brydon. "It has value for professional development or encouraging cultural sensitivity — diversity, equity, and inclusion or reconciliation."

Jeremy Bailenson agrees that VR holds promise as a tool for DEI training — a field that he says is quickly embracing this technology. As a professor of communications at Stanford University and founding director of the Virtual Human Interaction Lab, Bailenson has explored VR as a tool for empathy since the 1990s.

He gives the example of Walmart, which has introduced a training software called Strivr to thousands of employees. Bailenson’s lab also worked with the National Football League to develop a VR interview simulator for scouts to identify racial or sexual bias in their questions.

"I think VR is a great way to change the conversation around DEI," adds Bailenson. "After going through a perspective-taking exercise in VR, which tends to be emotionally arousing, one has a new way of approaching the more traditional DEI materials — for example, reading about case studies and more substantive exercises."

At Bailenson’s Stanford lab, the team has conducted VR experiments since 2003 that approach prejudices like ageism and racism. These projects have also explored how best to assist people with physical disabilities.

The researchers have also looked into VR to stimulate sensitivity to environmental concerns. They have created simulations in which subjects participate as cattle to recognize the cruelty of factory farms. The program has also "submerged" users in an ocean reef suffering from climate change-driven acidification.

While virtual reality is still largely seen as a novel technology requiring costly equipment and expert knowledge, Bailenson emphasizes that it's becoming increasingly accessible and easier to work with large groups of people simultaneously. Researchers have seen powerful results with tools that are hardly more sophisticated than those from two decades ago.

"As much as the technology has advanced, better or higher resolution isn't necessarily what we need," says Marte Roel, a cognitive neuropsychology researcher and cofounder of BeAnotherLab, a scientific and artistic collective that conducts research and performs public demonstrations of VR’s potential as an empathy device.

Since the project’s early days, the team has produced videos with fairly basic image quality. "That was enough for people to have a meaningful experience,” Roel says. "I don't think it's about the resolution, but about the dynamic that is formed depending on the particular setting. And what we do is not so much about VR itself, but about the context and how it's accompanied.”

One BeAnotherLab’s signature project: a "body swap" experiment that follows a "virtual mirror" approach similar to that employed by Bailenson’s lab.

In this simulation, two individuals face one another and sense that they inhabit each other’s bodies. The program instructs them to synchronize their movements, listen to recordings of the other person’s "thoughts" and eventually view their own body as if it belongs to a separate person. "That way you don't only get to the visual perspective and don't only embody this other person, but you also get closer to that person’s narrative," Roel explains.

BeAnotherLab’s work has ranged from a familial scope (letting a grandmother and grandchild "swap bodies" to better understand each other’s experiences) to a global one (creating a simulation that includes Israelis and Palestinians, or one featuring children and government officials in Mexico’s cartel-dominated regions).

Roel’s conclusion — that the context of a VR experience matters more than technology — aligns with recent findings published in Computers in Human Behavior Reports that compared the impact of virtual simulations to actual "embodied experiences."

The study analyzed responses to a VR experience in which took on the perspective of a 13-year-old girl in Ethiopia who must walk several miles a day to gather water. A different group participated in a real-life activity in which subjects lugged water jugs for 10-minute periods.

The researchers compared the two groups' self-reported empathy scores and the percentage of money donated to charity (participants received $10 at the beginning of the experiment and could donate their preferred portion).

"We found that there wasn't really a significant difference between the two groups in terms of, ‘Does one generate more empathy or donations than the other?'" says Andrew Hargrove, the study’s lead author and a sociology Ph.D. candidate at State University of New York at Stony Brook.

He doesn’t think that the findings detract from VR’s value as a tool to generate empathy, but introduces an additional way to build on VR’s lessons.

"Our research isn’t trying to debunk VR as the 'ultimate empathy machine.' It’s trying to further our knowledge about what is possible," says Hargrove. "Science is a collaborative process and over these past couple decades, and over the next couple decades we’re going to come to a much better understanding of what VR is doing and what it’s capable of."