The sensitive information entered into period-tracking apps enables reproductive research at an unprecedented scale, though it can also reach advertisers without women's permission. 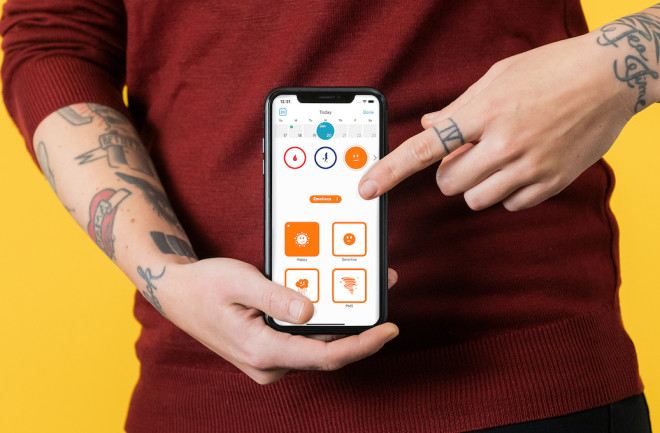 This story is the second in a two-part series about digital birth control. Read part 1 here.

After businesses capitalized on an underserved market for women's digital health products, a small but booming "femtech" industry has emerged within the last decade. These include a variety of menstruation-tracking apps that use artificial intelligence to predict future periods and dates of ovulation. Among these apps, only Clue and Natural Cycles have been cleared by the FDA to be advertised as birth control.

In order to reap these benefits, users reveal highly intimate information. That personal data sourced from millions of people is now often collected and stored by private industry, and in some cases shared with other businesses. Tech corporations have already demonstrated a willingness to share such details with advertisers: Out of a sample of 24 health-related apps, 67 percent shared user data with third party-sources (for marketing and analytics) who could then transfer the information to over 200 “fourth-party” companies, according to a 2019 BMJ study. These companies can include multinational tech companies, such as Facebook or Alphabet, the parent company of Google.

While data sharing practices are typically laid out for app users, albeit confusingly, the Federal Trade Commission announced last January that the company behind the Flo Period & Ovulation Tracker app had violated its own privacy policy by sharing sensitive information with Facebook, Google and other companies for advertising purposes.

Depending on where your data lands, this practice can have direct consequences. Misplaced health information, for example, could boost your interest rates and life insurance costs, and even put you at risk for workplace discrimination, Consumer Reports noted, yet those affected may not even be aware it’s happening.

Inspired by a groundbreaking European Union regulation, some states have pursued legislation to afford users greater control over their data: The California Consumer Privacy Act, for example, went into effect last year and allows residents to delete personal information collected by businesses (with certain exceptions) and opt out of its sale. In 2023, similar legislation will take effect in Virginia and Colorado, though The Markup has reported that the tech industry shaped bills around the country to avoid more stringent rules.

The possibility of incorporating wearable devices into these apps might amass even more vulnerable information. For example, Natural Cycles plans to use the Oura ring, which measures heart rate and temperature and feeds it into the app. Natural Cycles (along with Clue) says it does not sell any of its data, but this evidently isn't guaranteed with other companies.

And while Natural Cycles boasts the Oura ring's ability to passively collect temperature, Marielle Gross, a bioethicist and OB-GYN at the University of Pittsburgh Medical Center, questions the “non-invasive” disclaimer now attached to devices like Oura. She has observed how a growing collection of wearables try to simulate in-person physician visits, and might even surpass the intimacy of conventional patient-doctor boundaries. “To say that it’s non-invasive, to me is a misunderstanding of what it means to be invasive,” Gross says.

Phone as a Physician

Contraceptive or other menstrual tracking apps lack some legal safeguards that come with conventional birth control methods. For instance, if a doctor provides an unsuccessful sterilization procedure, they can be sued by the patient. People have also taken legal action against birth control manufacturers for packaging mistakes. But even if apps themselves fail, those who experience unintended pregnancies likely don’t have the same legal recourse.

“[Doctors] have extremely stringent, specific requirements for training and continuous accreditation,” Gross says. “We’re held accountable to the outcomes that our patients experience, and there’s a level of accountability that these apps have none of.”

What’s more, the sensitive data entered into your phone isn’t subject to the Health Insurance Portability and Accountability Act (HIPAA) that doctors must comply with — and as noted above, can be exploited for profit.

On the flip side, the massive amounts of (anonymized) reproductive data amassed from users around the world could revolutionize research on women’s health.

For decades, clinicians followed guidelines stating that the average menstrual cycle falls around 28 days — an estimate based on a handful of small, demographically limited studies — but has nevertheless informed gynecology textbooks and doctors’ decisions ever since, Gross says.

But a study powered by data from over 120,000 consenting Natural Cycles users bolsters the long-suspected theory that cycle lengths vary widely between women, and even within individuals. A 2019 npj Digital Medicine article, appeared to contradict the widely-held notion that ovulation commonly occurs on the 14th day of one’s cycle. Their work also added evidence to the hypothesis that cycle length decreases as people age. (Worth noting: The study was co-authored by several researchers with financial stakes in the company.)

“We haven’t had this much data around when ovulation occurred. There’s a lot that can be understood around what’s normal and abnormal,” says Rachel Peragallo Urrutia, an OB-GYN at the University of North Carolina School of Medicine. “In the future, we could use cycle tracking of different kinds to help us understand diseases like endometriosis.”

Clue has also wielded large troves of data in the name of science: a February 2021 article in Nature Human Behaviour processed information from over 3 million users around the world and demonstrated that vital signs, mood and sexual behavior can shift throughout the menstrual cycle. The company was also involved in a preprint study that examined the seasonality of human birth, and outside researchers used the app to analyze the impact of the menstrual cycle on college athletes’ performance.

While Gross recognizes the value of such research, she notes that it reflects people’s lived experiences that have long been overlooked by the medical profession. Similarly, the Apple Women’s Health Study, which is sourcing health data from subjects’ iPhones and Apple Watches, appears to confirm the ubiquity of common symptoms such as bloating and cramping.

“Digitalizing this qualitative, subjective information from a person’s history or experience was a way of legitimizing what we have already known to be true,” she says. “We should be cognizant of the impact of putting a number on it in a scientific and algorithmic way that somehow creates the illusion that it’s more robust … in some ways it might be, and other ways it might not be.”

This story has been updated to reflect that Natural Cycles does not sell user data to other parties and requires users' consent before their information is used in a research setting.