Why Bitcoin's Anonymity Could Soon Collapse Like A House of Cards

As the digital currency collapses, the discovery of a unique structure to the Bitcoin network could cause user anonymity to fall like dominoes 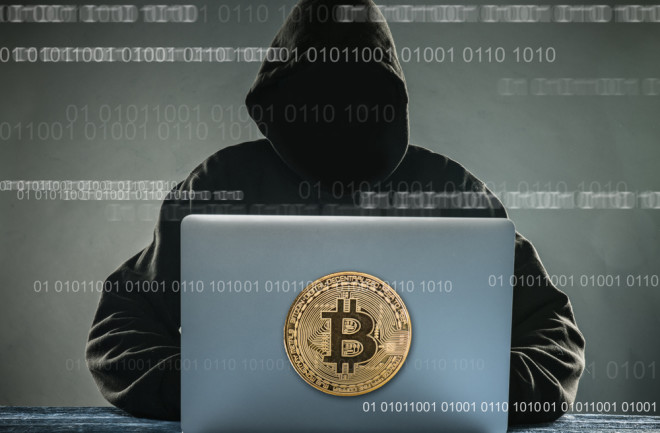 Bitcoin’s remarkable growth in value is a curious story. Launched in March 2009 worth $0, Bitcoin reached parity with the dollar in September 2011. In November last year it peaked in value at over $60,000 and at the time of writing its worth has collapsed to around $20,000.

But behind all the hype and bluster is the questions of how this value emerged from nothing. And how its founding members were able to keep this growth on track without being tempted to exploit this value for themselves.

In its early days, Bitcoin was particularly vulnerable to a kind of exploit called a “51 per cent attack”, which allows individuals or groups working together to spend the same Bitcoins repeatedly. So economists are curious about why nobody gamed the system to take more for themselves, particularly when Bitcoin’s anonymity would have protected them.

Today, they get an answer of sorts thanks to the work of Alyssa Blackburn, a data scientist at Baylor College of Medicine in Houston and colleagues, who have used Bitcoin’s early transaction records to study its emergence and the behavior of those who enabled it.

The researchers say these early Bitcoin users had numerous opportunities to game the system and yet they stuck to the rules allowing Bitcoin to emerge as the decentralized currency it is today.

Perhaps more significant is the structure of the Bitcoin Network that emerged from this process. Blackburn and co say this structure has unexpectedly made Bitcoin vulnerable to a kind of attack that could de-anonymize almost any of its users.

First, some background. Bitcoin is a digital currency in which transactions are continually recorded this list encrypted so it cannot easily be changed. This forms a block. The next list of transactions includes this block which are again encrypted, creating a “blockchain”.

The encryption process is computationally expensive. So anybody who performs this encryption is rewarded with newly minted Bitcoin. This process is called mining.

The blockchain is published on a distributed ledger so it can be publicly verified. Any mistakes or errors or disagreements about the list of transactions are resolved by majority. This makes the transaction records secure because, in ordinary circumstances, no one individual can change the majority of the blockchain copies.

But this process is vulnerable to attack when one person or group of individuals controls more than half of the computing power encrypting the blockchain. When that happens, they can rewrite the transaction record to allow them to spend the same Bitcoins more than once.

Today, with Bitcoin being so widespread, a 51 per cent attack is difficult to coordinate. But at the beginning, when there were only a few users, it would have been trivial. Indeed, in trawling through the early records, Blackburn and colleagues found numerous instances when one individual had enough power to perform such an attack.

For example, the records show that in the first few months of Bitcoin’s existence, its mysterious founder, Satoshi Nakamoto, had numerous opportunities to perform unilateral 51 per cent attacks.

Nakamoto’s role in Bitcoin’s emergence is well known. But what is new here is that Blackburn and colleagues say that several other agents controlled the network for certain streaks of time, for example, when Nakamoto’s compute was offline. All of them had the opportunity to game the entire system during these streaks, but didn’t.

“Twenty-eight different agents were associated with such streaks,” say Blackburn and co.

Individuals can, of course, join forces to attack. The researchers found a further 99 instances involving over 100 different individuals in which pairs together controlled more than 51 per cent of the system and so could have performed a 51 per cent attack.

“As bitcoin’s price neared $1, a 51% attack could become increasingly lucrative for the attacker,” say the team. “This created a social dilemma for bitcoin’s participants.”

“Strikingly, we find no evidence that any agent or colluding group, performed a 51 per cent attack on bitcoin,” conclude Blackburn and co.

Blackburn and co also say this group is much smaller than previously thought. Other researchers have estimated that up to 75,000 agents may have taken part in Bitcoin’s early evolution.

But Blackburn and co have found otherwise. “Between launch and dollar parity, most of the bitcoin was mined by only 64 agents, collectively accounting for ₿2,676,800,” they say.

The team’s conclusion comes from a new way to link different transactions to the same Bitcoin address. The team then assume each address is controlled by a single agent. In this way, it is possible to narrow down the number of agents, of which 64 did the vast majority of mining at that time.

It also turns out that the distribution of Bitcoin very quickly follows the same power law, known as the Pareto distribution, as wealth in every other currency. “Within months of launch, bitcoin mining income fits a Pareto distribution,” say the team. That’s the first time economists have witnessed such an emergence.

This de-anonymization technique will send shivers down the spines of many individuals who have hoped to remain anonymous. That’s because knowing the details of one person makes it possible to de-anonymize any accounts that are directly connected to them by comparing transactions to offline records such as bank accounts and subpoenas.

This is all the easier because of the structure of the bitcoin network, that Blackburn and co have revealed. They say that since it achieved $1 parity, almost everyone using Bitcoin can be traced to one of the 64 founding accounts in less than six steps.

So if the identities of first 64 agents are known, almost anyone else can be de-anonymized in just six steps or fewer. In this way, the anonymity of the entire network could fall like dominoes.

That’s interesting work that will make uncomfortable reading for more than a few individuals in the Bitcoin universe.

It also raises interesting questions about the balance of power as Bitcoin’s value collapses. Mining is no longer profitable for many groups, who are switching off their operations. That could make Bitcoin vulnerable to the kind of 51 per cent attack that it may not be able to recover from.

Ref: Cooperation among an anonymous group protected Bitcoin during failures of decentralization : https://arxiv.org/abs/2206.02871