5 Amazing Things About The Human Body

From self repair to survival mode, here are five amazing things about the human body. 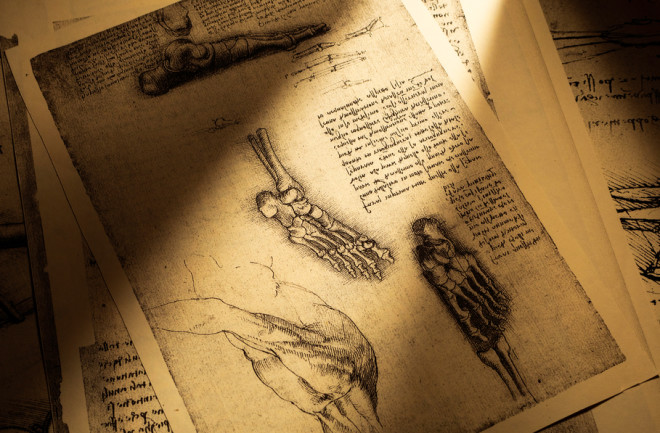 The human body is an astounding and sophisticated machine. Did you know that our bodies contain 100,000 miles of blood vessels and almost 40 trillion microbial cells? Or that the size of a baby’s eyes at three months old is the size they’ll remain in adulthood? Much of how the human body works is still a mystery. However, here are five interesting facts about the human body that we know.

1. The Brain Can Survive Several Minutes Without Oxygen

Oxygen is necessary for brain function. When there’s a lack of oxygen — called hypoxia — brain cells start to die in less than five minutes. But there are cases where people have survived for longer under certain conditions. Cold seems to be a contributing factor. When people become hypothermic, and their body temperature falls below 95 degrees, metabolism slows, and oxygen needs decrease. Experts believe this is why there are stories of children surviving longer than 15 minutes in frigid water or people surviving avalanches.

2. Both Lungs Are Not The Same Size

Although lung capacity varies depending on age, gender, size and health — the maximum amount of air they can hold is six liters. Their job is to deliver oxygen to our bloodstream/cells and remove carbon dioxide. The average person takes 17,000 breaths daily and breathes in 13 pints of air per minute.

Our right lung has three lobes (or sections), while the left has two. The left lung is also a little smaller to accommodate the heart. If our lungs were stretched out, they would cover a surface area roughly the same size as a tennis court.

3. Skin Is The Largest Organ

If you added up the skin on a human adult, it would weigh between six and nine pounds and cover an average of 22 square feet. We have three layers of skin that serve different purposes.

Renewing itself approximately every 28 days, our skin helps protect us in several ways. It provides a barrier to germs and bacteria and helps regulate body temperature. It also enables us to sense touch, pain, heat and cold. Skin thickness varies throughout the body, with the thinnest skin found on our eyelids (.05 mm thick) and the thickest located on our palms and soles of our feet (1.5 mm thick).

Babies are born with 300 bones, but it doesn’t remain that way. Many of their bones are made of cartilage, which isn’t as hard as normal bone. One reason is that softer bones make them more malleable, enabling birth. Over time, much of their cartilage is replaced by bone, and some of these will fuse together — leaving them 206 bones by adulthood. Although there is much bone change early in life, other changes happen throughout a human’s life cycle. Our skeleton replaces itself about every ten years, thanks to a process called remodeling.

Interesting fact: 99 percent of the calcium in our body is stored in our bones.

5. Many Body Parts Can Repair Themselves

Our bodies have impressive healing skills in a variety of ways. Bones can heal themselves; skin constantly replaces itself; the brain can make new connections thanks to neuroplasticity; lungs can generate healthy cells when someone quits smoking. But the liver has truly incredible self-repair capabilities. It can actually regenerate. After surgery, the liver can regenerate two-thirds of its volume in as little as a few weeks.