Could Misbehaving Muons Upend the Known Laws of Physics?

A tiny particle's unexpected magnetism is shaking up what physicists thought they knew about the universe. 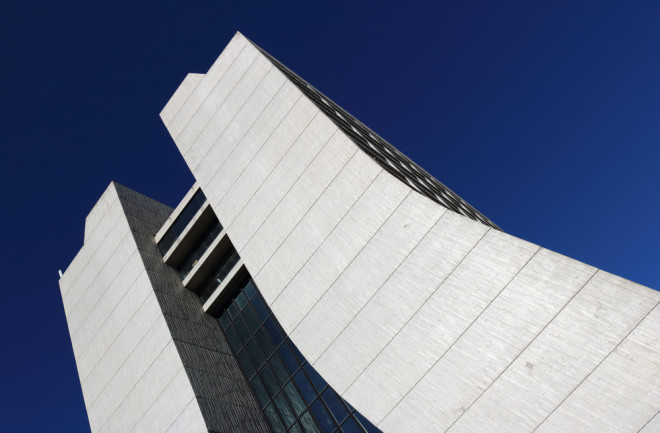 The field of particle physics has a new and improbable star: the muon, which is sometimes referred to as a fat electron. For the second time, this unassuming resident of the subatomic world has appeared to flout the known laws of nature. To some experts, that suggests it might reveal entirely unknown rules.

Muons drew the attention of physicists around the world after an experiment at the Fermi National Accelerator Laboratory, or Fermilab, in Illinois demonstrated that they’re far more magnetic than expected. The results, published in April by the Muon g-2 collaboration (pronounced “g minus two”), run counter to the predictions of the top available particle physics theory. That leaves three possibilities: the theory itself is wrong, the experiment was faulty, or, most tantalizing, it could also mean that we're close to discovering new forms of matter and energy that are essential to the ordering of the cosmos but have gone undetected.

Many scientists are embracing the latter explanation. If they’re correct, this represents the first credible challenge to the Standard Model of particle physics, which has dominated for half a century as the best description of the universe’s basic building blocks and how they interact. Wherever it has made a prediction, it has proven true — until now.

Marcela Carena, head of theoretical physics at Fermilab, believes these results could prove more significant than even the landmark 2012 discovery of the Higgs boson, which imbues all the other particles with mass. “This may really shake the way we think about all that we know at the moment about particle physics,” she says. “It’s a huge discovery, and it’s a huge discovery that we were not expecting.”

The possibility of unexplained muon phenomena first arose in 2001, when similar experiments at the Brookhaven National Laboratory in New York found something amiss: When shot through a magnetic field in a 50-foot-diameter accelerator, the tiny particle did not act as anticipated. In technical terms, its “magnetic moment” — a property that essentially causes the muons to spin, or wobble, like bar magnets — was surprisingly large. It wobbled more than anyone foresaw.

The magnetic moment is affected by a menagerie of virtual particles that continuously pop in and out of existence. Chris Polly, another Fermilab physicist, explains in a blog post that no particle is ever truly alone. Even in a vacuum, it's surrounded by an “entourage” of these virtual particles, each of which partially determines its behavior. Calculations of the muon’s magnetic moment, referred to as “g-2” (hence the collaboration’s name), painstakingly account for these outside influences.

Nevertheless, a significant discrepancy exists between the measured and predicted values. If the known virtual particles can’t sufficiently explain that gap — assuming the measurements are accurate — researchers deduce that some other, unidentified particle(s) must make up the difference.

Lee Roberts, a physicist at Boston University, worked on both the Brookhaven and Fermilab experiments. “That was a big deal,” he says of the revelation two decades ago, “because everybody was desperately searching for physics beyond the Standard Model.” After the program lost funding, that datapoint stood alone and anomalous for two decades. Now, Roberts says, “we confirmed the Brookhaven experiment. The two results are perfectly consistent.”

Beyond the Standard Model

Thrilling as that may be, the new experiment presents a puzzle lacking any inkling of a solution. “We know that something new must be out there,” Carena says, “but we don’t know what it is.” Theorists have developed a constellation of explanations, and none particularly stand out.

Given the choice, Carena’s preferred theory is supersymmetry, a popular extension of the Standard Model. It posits that every known particle possesses an undiscovered partner. Those stealthy counterparts could be the virtual particles contributing to the muon’s magnetic moment, as well as the ingredients of the dark matter thought to account for about 27 percent of the universe — solving two mysteries with one eureka.

Yet she acknowledges that this is wishful thinking: “I think it would be much more elegant if we get some clues from this experiment toward other things in the universe, but nature may not work that way.” Other hypothetical particles — primarily leptoquarks and Z’ bosons — could fill the gap just as easily, without further broadening our understanding of reality. If these exist, though, the Large Hadron Collider should eventually detect them.

The question is highly complex, partly because scientists don't know where to seek the answer. The Fermilab experiment offers only indirect evidence, hinting at new laws of physics through the muon. All in all, it doesn’t clearly identify any particular suspect. “In order to distinguish which of those is right,” Carena says, “we will have to look somewhere else.”

As for why the muons are misbehaving, it’s too soon to draw any definite conclusions. It’s also, perhaps, quite early to confidently say that they’re doing so in the first place. So far, the Muon g-2 members have published only about 5 percent of their data. Given how meticulously they analyzed the first set, Roberts is optimistic the rest will reinforce the same conclusion as it’s released over the next few years. But for now, the scant evidence doesn’t warrant updating the Standard Model.

Some physicists have been hesitant to accept an overhaul of possibly the most successful scientific theory of all time. In another study published in Nature on the same day, Zoltan Fodor of Pennsylvania State University and his colleagues recalculated g-2 to check for errors in the theoretical work from the past two decades. Their math yielded a new theoretical value that differs from the one that physicists have generally agreed on, but matches the experimental results from both Brookhaven and Fermilab.

This suggests the Standard Model may fit with the experiments after all. “While it may have been exciting to discover hints of new physics,” Fodor writes, “our new theory seems to say that this time, the Standard Model is holding up.”

As with any scientific discovery, time and further research will tell. For now, one thing is sure: The Standard Model remains incomplete. It says nothing about dark matter and dark energy, nor why our universe is composed of matter rather than antimatter. But physicists may have recently stumbled upon a clue, and to many that in itself warrants celebration. “To find something outside of that Standard Model is sort of the goal of all particle physics,” Roberts says. “There are all these very deep fundamental questions, so any insight into that is very exciting.”

Winter May Seem Cold, But It's Nothing Compared To Outer Space