The tiny Scottish terrier may be making big waves in helping detect early signs of bladder cancer in humans and dogs. 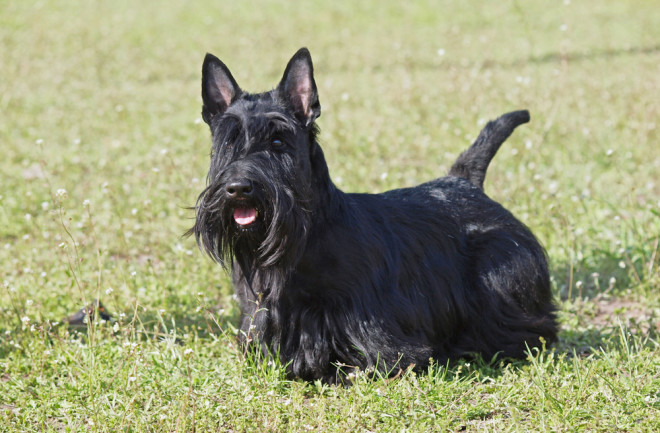 Bladder cancer in dogs often goes undetected until it is too late. If detected earlier however, it could make a severe form of cancer much easier to treat.

A recent Purdue study is researching early detection in Scottish terriers with Deborah Knapp, a canine cancer scientist at Purdue University's College of Veterinary Medicine. With a clear benefit to dogs, the treatment process could also help treat humans with a similar form of cancer.

"For many types of cancer in dogs or in humans, the cancer is diagnosed 'late' when it is already progressing and causing harm," Knapp says in a press release. "When it becomes apparent that something more is going on and we see the dogs in the oncology clinic, the cancer has often become pretty extensive within and beyond the bladder."

In this specific study, the research team analyzed 120 Scottish terriers over a three-year period by performing urinary tract ultrasounds and urinalyses every six months. If one of the tests indicated cancer, the team would perform a cystoscopy — a procedure that takes biopsy samples of the bladder. Of the 120 dogs in the study, 32 showed early signs of bladder cancer. This screening process detected the cancer before the dogs showed symptoms, and before their health deteriorated.

Thanks to early detection, Knapp and her team could treat the cancer early by studying how the cancer and tumors developed and changed at a molecular level. According to a press release, they treated the dogs that had cancer with deracoxib (Deramaxx) — a nonsteroidal anti-inflammatory drug.

Deracoxib usually results in a remission rate of 20 percent in dogs — though they typically have a more advanced case of bladder cancer. However, thanks to the early detection, deracoxib showed a 42 percent remission rate in dogs.

"Finding the cancer early in these dogs, who were behaving normally but walking around and brewing cancer in their bladders, meant we were able to treat them earlier in the cancer development process," Knapp says in a press release. "We expected the remission rate to be better than the 'usual' 20 percent, but we didn't expect to see quite this dramatic a difference."

According to the press release, participants drove with their dogs for hundreds of miles to participate in this study, which shows just how important the lives of these pets are. Early cancer detection in dogs and people could significantly change the outcome of this illness.

"Our study is the first to show that if you can truly find cancer early and treat it, it makes a huge difference. Ours is the first, but we hope this will start a paradigm shift. We are moving toward a more personalized, proactive approach to addressing cancer," Knapp says in a press release.

More From Discover
The Sciences
Our Top 10 Science Stories of 2022
Health
How Effective Are Colonoscopies at Detecting Colon Cancer?
Health
Researchers Double-Play Cancer Clinical Trials
Health
A Blood Test That Screens For Multiple Cancers At Once Promises To Boost Early Detection
Health
Developing A Drug To Identify And Target Tricky Cancer Cells
The Sciences
Eating Ice Cream During Chemotherapy Could Help Some Side Effects
Recommendations From Our Store
My Science ShopDiscover STEM Kits
My Science ShopDiscover 2022 Calendar
My Science ShopStrange Science
My Science ShopElements Flashcards
Shop Now
Stay Curious
Join
Our List