Everything You Need And Want To Know About The Pumpkin

The pumpkin is everywhere around Halloween - but why? From warding off spirits to numerous health benefits, here are some spooky facts about fall's favorite gourd. 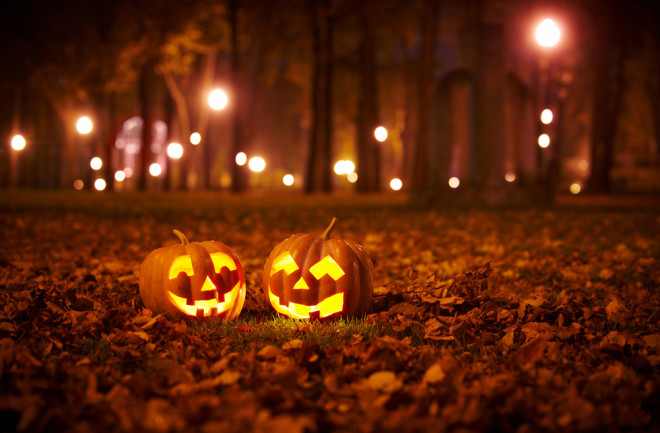 The leaves are changing, a chilly autumn wind is blowing and front porches host bright orange pumpkins. As Halloween or All Hallow's Eve — whichever you prefer — draws near, the pumpkin starts to show itself everywhere. But have you ever wondered why?

Take a look at the lore behind Jack-O-Lanterns, the health benefits of pumpkins and how some farmers can grow these massive gourds.

Why Do We Carve Pumpkins For Halloween?

Carving pumpkins for Halloween gets its roots from an Irish tradition. The legend tells of a man named Jack — nicknamed "Stingy Jack." Jack, living up to his nickname, was a trickster. Because of this he was denied access to heaven and hell after he died and was cursed to wander the Earth for eternity. He was given a burning piece of coal that he placed in a carved-out turnip to use as a lantern and began his journey across the Earth, earning him the new nickname, "Jack of the Lantern" or "Jack-o'-Lantern."

To keep Jack's wandering spirit away, the Scottish and the Irish would carve grotesque faces into turnips and leave them on windowsills and doorways. The English did something similar with beets. When the Irish and Scottish immigrated to North America, they continued this tradition with pumpkins.

As wandering spirits and souls became synonymous with Halloween or All Saints Day — based on the Celtic festival of Samhain — so did carving pumpkins to scare away spirits and souls that may wander in, like Stingy Jack's.

Why Do We Eat Pumpkin Seeds?

Besides Jack-o'-lantern's creepy, glowing faces, one of the best parts of carving pumpkins is eating the pumpkin seeds. Roasting pumpkin seeds with delicious seasoning makes for a tasty treat, but these savory seeds have numerous other benefits.

Some of the first pumpkin seeds were discovered in modern-day Mexico, dating back to 7000 to 5550 B.C., and are today a vital part of the Mexican celebration of Día de Los Muertos (Day of the Dead). Used to make pumpkin seed oil, this is a key ingredient in the traditional Mayan dish, papadzules.

Along with celebration, pumpkin seeds were also used in medicines. They've been used as a home or folk remedy to treat ailments like kidney stones, urinary and bladder infections and high blood pressure. Pumpkin seeds were even once used as part of a treatment for intestinal worms.

According to a 2017 study, pumpkin seed oil can improve infertility in males and help prevent heart disease, high blood pressure and arteriosclerosis.

What Are The Health Benefits Of Pumpkins?

Besides pumpkin seeds, pumpkins have other nutritional values as well. While there are a variety of edible pumpkins, the traditional field pumpkin that you may carve for Halloween isn't one you'd typically want to eat. They are often more stringy and watery and don't have a lot of flavor; the same goes for giant pumpkins.

Pie pumpkins usually end up in dishes like pumpkin pies and bread. They are smaller, more round and have sweeter flesh. Pumpkin is high in nutrients like beta carotene, which your body uses to create vitamin A. This vitamin helps sharpen your eyesight (like carrots), is excellent for your reproductive system and keeps your other organs healthy. Vitamin A can also help curb certain cancer risks.

Being high in fiber and potassium, pumpkin can help prevent unwanted weight gain and lower the risk of type 2 diabetes and kidney stones. Pumpkin is also rich in vitamins C and E, which help boost your immune system. However, this doesn't mean you should overindulge in pumpkin pie or other desserts. Many of them have extra sugars, which can lead to health complications.

If you're planning to cook with pumpkins, it's always a good idea to double-check that you have the correct variety. Some pumpkins are not edible.

How Do Giant Pumpkins Grow?

Much like there are pumpkins to eat and carve, there are also pumpkins that are meant to be champions. Farmers bring their giant pumpkins to festivals and fairs each year to see if they have the grand champion pumpkin. While these pumpkins aren't exactly flattering, they are impressive to look at. They're often lumpy, misshapen and discolored, but they look like something out of a fairy tale. However, it isn't fairy magic that makes these gourds so large.

According to Jessica Savage, a botanist and associate professor at the University of Minnesota – Duluth, along with selective breeding, giant pumpkins are naturally good at moving – but not their physical self. Giant pumpkins, like most plants, have a vascular system that moves and distributes water and nutrients to the plant and fruit, called the xylem and phloem. The xylem helps to transport water, while the phloem helps move nutrients and sugars.

Though it seems like giant pumpkins would have a higher amount of sugar than other, smaller pumpkins, they actually don't; they are just better at moving sugars around. Giant pumpkins, according to Savage, can add on nearly 50 pounds a day during peak season. Good genetics combined with maintained temperature and mycorrhizal fungi, giant pumpkins keep getting bigger.

The largest pumpkin in the U.S. weighed 2,554 pounds, while the world record pumpkin from Italy was 2,702 pounds.