Scientists have long wondered how complex life emerged in a universe of ever-increasing disorder. Now a group of scientists think they know. 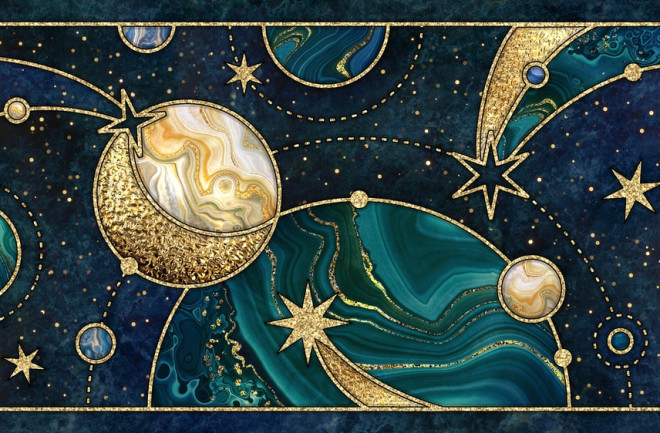 One of the great mysteries of science is how life fits into our broader understanding of the universe. In particular, many theorists have wondered how the great complexity of life can be reconciled with the laws of thermodynamics that suggest that all systems must inevitably decay to a state of greatest disorder.

For cosmologists, that implies the universe will gradually cool to become a cold, stagnant bath of dead matter. This unpleasant fate is known as heat death.

But for the last 4 billion years, life on Earth has moved in the opposite entropic direction by becoming increasingly complex. Our planet began as a large, hot rock smeared with elements that formed relatively simple molecules. Today, it is a thriving ball of molecular machinery, some of which has almost unimaginable complexity.

How has this happened? For many scientists throughout recent history, the suspicion is that something, somewhere doesn’t add up.

Now a group of scientists including Stuart Kauffman from the Institute of Systems Biology in Seattle and Lee Smolin at the Perimeter Institute for Theoretical Physics in Canada, say a new, fourth law of thermodynamics can resolve the paradox and that this new way of thinking links biology and cosmology in an entirely new science, which they call biocosmology.

Kauffman and Smolin, along with Marina Cortês and Andrew Liddle, also at the Perimeter Institute, begin with an entropic inventory of the universe. This is essentially a count of all the number of states possible in the universe. They begin with particles — the total entropy associated with particles is of the order of 10^90. However, the entropy of all the black holes is much larger at about 10^104.

But this pales into insignificance compared the entropy associated with the vacuum energy, which is in the region of 10^124. Indeed, the number of possible configurations is exp(10^124), a truly mind-boggling number.

The point that Kauffman, Smolin and co go on to consider is the number of possible configurations in biology and how this compares to the cosmological number.

At first glance, this question appears easy to answer. “There are far fewer particles on Earth, by some thirty orders of magnitude, than there are in the observable Universe,” they point out. “Hence it seems straightforward that any biological contribution must be negligible.”

But this way of thinking turns out to be wrong, they say. Their key idea is that the number of possible biological states must counted in a different way to the other states in the universe. And it is this new way of counting that dramatically changes the calculus behind the entropic budget of the cosmos.

The clue that leads to this new way of thinking is that the process of evolution selects just a tiny fraction of all possible biological configurations. So biological molecules like proteins that we see on Earth, and the way they combine to form complex living things, are a tiny fraction of the number that could exist.

What’s more, the number of possible configurations increases over time as the building blocks that can be combined become more complex. So to start with, biological molecules are made up of six different elements — carbon, hydrogen, nitrogen oxygen, phosphorus and sulfur. They can form a wide range of complex organic molecules.

One group of these molecules are amino acids, which themselves can combine in a huge number of ways to form proteins. Of course, proteins combine to form all kinds of molecular machinery, such as organelles. And these combine to form cells, which in turn form multi-cellular organisms and so on.

This combinatorial process is fundamentally different to the ones that physicists generally consider, and which are governed by the laws of physics. These laws place important constraints on what states can and can’t form.

By contrast, there are no “laws of biology” that prevent certain configurations from appearing. Indeed, any of them is possible. That’s why the configuration space is so large and ever increasing.

So how to calculate the size of this space at any instant? For this, the group turn to an idea first put forward by Kauffman several decades ago — the theory of the adjacent possible. This is the notion that evolution navigates the space of possible biological configurations in a special way.

It supposes that at any instant, nature sits in certain region of this configuration space and can only explore other regions that are adjacent. It does this through the well-known process of evolution in which mutations and sexual recombination lead to new biological phenotypes, which may be more suited to survive.

In the absence of any “laws of biology”, these changes expand the configuration space so it gets even larger.

Using this thinking, the researchers calculate that when life first appeared on Earth some 3.8 billion years ago, this configuration space had in the region of 10^10^237 potential states.

In other words: “there are more microstates contained in the phase space of the biosphere than there are in that of the entire remaining Universe,” conclude Kauffman, Smolin and co.

That’s an extraordinary finding because it places biology on a cosmological footing. “The implications are far-reaching, and open a variety of lines for future investigation, a new scientific field we term biocosmology,” say the team. “In particular the relationship between the information content in life and the information content in the Universe may need to be rebuilt from scratch.”

It also leads the team to propose a fourth law of thermodynamics that captures how systems like this behave.

The hypothesis leads to plenty of questions that need to be addressed. Not least of these is whether the entropy of the universe is comparable to the potential number of biological microstates. Is it possible that the team are comparing apples and pears?

Then there is the group’s final flight of fancy. They ask whether their new way of thinking suggests a connection between the emergence of life some 4 billion years ago and the emergence of dark energy which began to dominate the universe at about the same time. “Could the information associated with life’s emergent complexity modify the cosmic vacuum energy?” they ask.

If so, then the new science of biocosmology represents a profound step forward in our understanding of the universe. If not, then at least Kauffman, Smolin and co can say they acknowledge this claim as “outrageous speculation”.