While mad scientists abound in sci-fi and horror stories, the first true mad scientist didn't appear until 1816. Tracing the term through history and literature helps us to understand how society sees science and even influences its course. 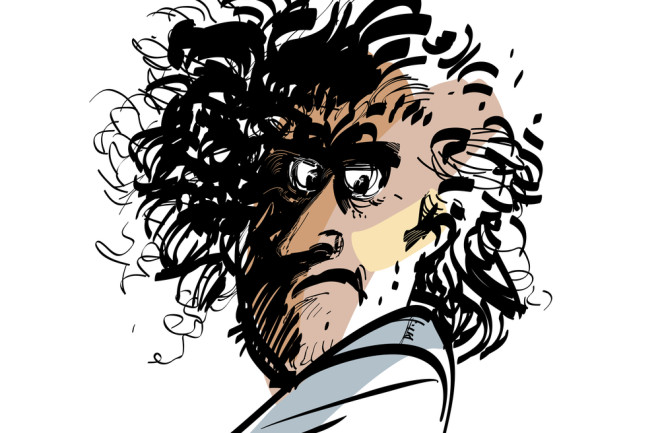 You’ve seen it a million times. The wild-haired, wild-eyed genius cackles and monologues about his new invention, his vision for changing the world. There might be lightning crackling in the background; there are probably burbling test tubes and humming electrical gadgets. He’s a mad scientist, a stock character in countless books and films. But lurking behind the trope’s ubiquity in horror and sci-fi, there’s a revealing glimpse of how our society views science, and how stories can help guide our relationship with new discoveries.

Stories about the dangers of forbidden knowledge go way back; early examples include the Judeo-Christian serpent in the garden of Eden and the ancient Greek myth of Prometheus, who created humans from clay and then was eternally punished for stealing fire from the gods and giving it to humans. These stories, says Stephen Snobelen, a professor of science history at the University of King’s College in Halifax, hinge on humanity being given power that it is not meant to wield.

“One of the classic scenarios in the mad scientist story is that you’re playing God,” says Snobelen. “There’s a mismatch between the power of nature and the finiteness of the human mind. So, we have this problem, that we don’t see the consequences of our actions, because we can’t see the big picture.”

Societies have continued to show concern about people knowing more than they ought or pushing the boundaries of knowledge in ways deemed unseemly or sacrilegious. Galileo Galilei spent the last decade of his life under house arrest for his support for the idea that the Earth rotates around the sun and not vice versa. The German alchemist Johann Georg Faust attracted controversy and ultimately inspired stories and plays about him making a deal with the devil for knowledge. And while Isaac Newton wasn’t necessarily described as “mad,” there are plenty of accounts of his idiosyncrasies, including getting so distracted by his work that he’d forget to eat.

However, the first true “mad scientist” character in fiction didn’t emerge until a dark, chilly summer in 1816, when 19-year-old Mary Shelley created the character of Doctor Victor Frankenstein.

“Frankenstein coincides with the birth of the Industrial Revolution, which is, of course, based in science,” says Gail Griffin, professor emerita of English literature at Kalamazoo College in Michigan. Shelley’s novel (subtitled The Modern Prometheus) is rife with cultural anxieties of a society being transformed by new discoveries and a newfound distinction of science from other academic disciplines.

Science, as we know it, was just coming into existence two hundred years ago; the word scientist wasn’t even coined until 1833, more than a decade after Frankenstein was published. Before then, says Griffin, “it was called natural philosophy, and it was all imbued with theology and philosophical notions. That kind of kept it integrated with the rest of knowledge.” Broken off into its own discipline, without moral guidance, says Griffin, science “gets scary.” Neglecting the humanities, Shelley seems to argue in her book, makes you lose your humanity.

That tracks with the tale of Victor Frankenstein. “He's not a mad scientist, or a bad one. He just loses his moral bearings,” says Griffin. He’s a college student in way over his head, rational to a fault and cut off from the people he cares about.

Nearly a century later, Robert Louis Stevenson introduced the world to Dr. Jekyll and his counterpart Mr. Hyde. But while Dr. Jekyll concocts a chemical that transformed him into the wild, bestial Hyde, his human persona is mild-mannered.

Neither of these prototypical mad scientists seem crazy — they create monstrous things, but they’re normal, if a little asocial. So, how did we go from these buttoned-up nerds to more overtly maniacal behavior, with a wacky appearance to boot?

“I think the answer is movies,” says Griffin. “You’ve got to show a picture of the scientist doing crazy things, so we're going to make him look lunatic.”

The 1927 German silent film Metropolis was the first feature-length science-fiction movie. It includes an inventor named Rotwang who builds a robot to replicate his lost love and plans to use said robot to destroy the city. “Rotwang from Metropolis is very much a mad scientist. He’s power hungry, he’s also vindictive,” says Snobelen. And visually, Rotwang resembles Einstein: “He’s got that hair.”

The Einsteinian look continued to influence depictions of scientists, especially strange ones. In the 1931 and 1935 Frankenstein and Bride of Frankenstein, Dr. Frankenstein “is actually relatively clean-cut,” says Snobelen. But in Bride, Snobelen says, “there’s this other scientist who wears a white lab coat, and he’s called Dr. Septimus Pretorius, and he’s played very creepily.”  According to Snobelen, the frizzy-haired Dr. Pretorius is a better exemplification of the mad scientist trope — Frankenstein is merely misguided, whereas Pretorius creates tiny people trapped in jars and raises a beaker of gin as he toasts “to a new world of gods and monsters.”

Mad scientists have remained a fixture of sci-fi and horror for decades. They’ve changed somewhat over time; they’re often more genteel and corporate these days, less clearly kooky.  “The clean-cut mad scientist, in a way, is almost scarier, because the person is disarming, they may be very charming and can seduce you into thinking that they're good,” says Snobelen.

These more normal-seeming scientists who do terrible things are often more true to life. Science is a product of society, and like any other part of society, its practice can be swayed by greed and prejudice. While science has tremendous power to improve people’s lives, it can also do just the opposite, as evidenced by high-profile human rights violations from the past century. The offenses include torturous human experimentation in Auschwitz and Unit 731, the bombings of Hiroshima and Nagasaki, the Tuskeegee syphilis trials, and the forced sterilization of thousands of Indigenous people in the U.S. by the Indian Health Service, not to mention ongoing medical racism and artificial intelligence that contributes to racist policing practices. “These cases where science was most impure, it got into bed with politics, capitalism, and other forces that led it to do terrible things,” says Griffin.

It’s worth noting that the scientists behind these deeds were not “mad.” They were behaving in ways acceptable in their societies and encouraged by their governments. It’s also worth mentioning that the demonization of “madness” contributes to the stigma faced by people with mental illnesses, who are likelier to be the victims of violence than to perpetrate it. In fact, there have been many instances of people with mental illnesses living in hospitals and prisons where they were subjected to “mad scientist” types of experiments by professional psychologists and doctors.

Fiction as a Moral Compass

While these examples make some public mistrust of science understandable, the mad scientist trope helps us explore potential moral quandaries of new discoveries, sometimes even before they happen. Science and science fiction are “in a symbiotic relationship,” says Snobelen. “Science fiction often comments on the latest scientific theory. Science fiction can also inspire science.” The speculative, forward-thinking nature of sci-fi comes in handy, because “one of the scary scenarios in science fiction is when you've discovered something, and the knowledge is now available, and there's no turning back,” notes Snobelen. Sci-fi gives us a chance to ponder the consequences of new research before it’s too late.

“When science grew up as its own discipline, it also became impenetrable to ordinary people,” says Griffin. “I think, partly, you get the mad scientist because you start to get a science that is not clear to the general public.” This lack of transparency, she says, has helped give the mad scientist trope such staying power: “I think the reason Frankenstein has had this colossal ongoing effect for 200 years is that it resonates in so many different directions. There's so many levels to it. And one of them is anxiety about science, anxiety about what's going on in these labs.”

In that way, these stories about mad scientists can serve as a moral compass to a discipline that often is seen as removed from the rest of human experience. They fulfill the sentiment from the final title card from Metropolis: “The mediator between the head and the hands must be the heart.”