Earendel started shining just 900 million years after the Big Bang and is only observable because of an extraordinary cosmic coincidence. 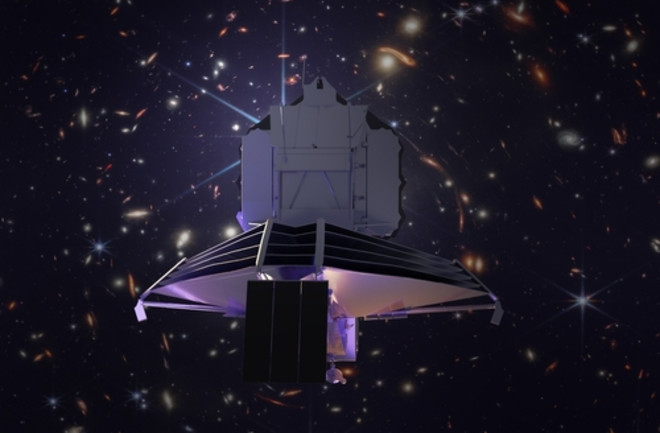 One of the great challenges for astronomers is to understand when the first stars formed and what they were like. They already have some clues.

So the first stars must have formed at some point in between. The best estimate is that the earliest stars began to shine perhaps 100 million years or so after the Big Bang. But the truth is that nobody really knows because these stars have never been observed. Until this year, the oldest observed star formed about 4.4 billion years after the Big Bang. That’s considerably later than this first period of star formation.

Now the James Webb Space Telescope has photographed a star that began shining just 900 million years after the Big Bang. The images improve on those taken earlier this year by the Hubble Space Telescope, which discovered this ancient object, and provide astronomers with their first glimpse of a star from this early period of the universe.

Earendel's host galaxy, the Sunrise Arc, is smeared across the sky by gravitational lensing (Source: arxiv.org/abs/2208.09007)

Astronomers call this ancient star Earendel, a word derived from Old English meaning “rising light”. It began burning some 13 billion years ago but, because of the expansion of the universe, now sits about 28 billion light years from Earth, making it the most distant star ever observed.

Earendel is only observable because of an extraordinary cosmic coincidence. As seen from the Earth, it sits behind a vast cluster of galaxies called WHL0137-08 with a gravitational field that focuses its starlight towards Earth, magnifying it up to 40,000 times.

This gravitational lensing effect makes Earendel’s host galaxy appear as a smear of light across the distant universe — astronomers have named it the Sunrise Arc. The arc contains bright knots of light along its length and one of these knots is Earendel.

JWST’s images improve on Hubble’s and narrow down the potential size of the star. The star appears as a point source of light suggesting it cannot be greater than 4000 astronomical units across. “These new observations strengthen the conclusion that Earendel is best explained by an individual star or multiple star system,” say Brian Welch at Johns Hopkins University in Baltimore and colleagues who have analyzed the images.

The team say that the photometry suggests Earendel has a surface temperature of between 13000 and 16000 Kelvin. This in turn suggests the star is a giant hydrogen-burning B-type star with a mass somewhere between 20 and 200 times that of the sun.

However, the team also say that Earendel could be a binary system and that various combinations of stars could better fit the observed data. Indeed, the best fit is a combination of a luminous cool star and a hot companion.

For the moment, the data does not allow the team to solve this problem. However, JWST is due to observe Earendel again later this year when more data could help to constrain the nature of this star or star system. It will also provide astronomers with more data about one the universe’s earliest stars.

That’s interesting work that shows off the extraordinary light gathering power of the JWST and its older relative Hubble, and how this instrument is already changing the way we see the universe.

Totality Touches The Moon During The Lunar Eclipse