Astronomers have spotted giant bubbles emitting faint radio signals in the distant universe. Now they want to know what causes them. 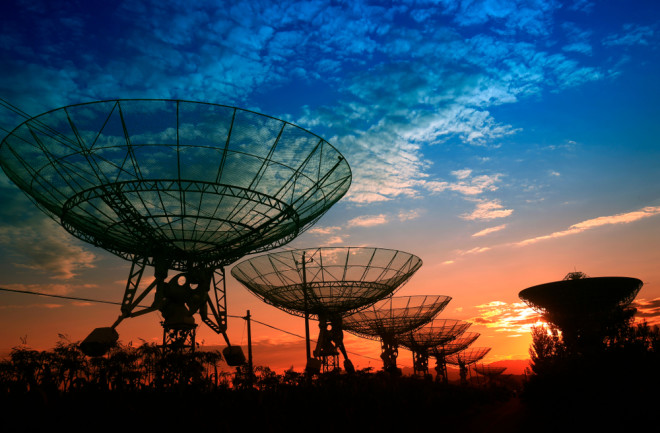 In 2019, astronomers mapping the radio signals from the universe’s oldest galaxies saw something strange—a giant, faint circular disc with a bright edge about one arcminute in diameter. An arcminute is the width of a soccer ball seen from almost a kilometer away.

Circles are relatively common in astronomy. They are usually produced by spherical objects, things like supernovas or a star-forming galaxy viewed face on. However, this object was unlike anything ever seen.

For a start, it was huge, many times larger than the galaxy it was centered on, and even encompassed several other galaxies. It was also faint, which was why astronomers had never seen it before.

Norris and colleagues named these bizarre objects “odd radio circles” or ORCs, and the discovery caused of frisson of excitement among radio astronomers. However, the obvious question—what causes odd radio circles—eluded them. For that, more detailed observations would be needed.

Whereas ASKAP consists of 36 x 12-metre dish antennas., MeerKAT has twice as many and is capable of images of about twice the resolution. The resulting pictures reveal significantly more detail, such as arc-like structures within the circle and some knot-like features. The data also reveals that the galaxy at the center of the circle is itself emitting radio waves.

Norris and co say the evidence suggests the features could have been caused by one of three mechanisms. The first is that the central galaxy may be emitting two radio jets in opposite directions and from Earth, these jets appear end on and slightly displaced. That would give the impression of a circle with some internal structure.

However, the jets from active galactic nuclei tend to be uneven. “So an additional mechanism would be needed to produce the remarkable circular ring, with a well-defined narrow rim, seen in the ORC,” say Norris and co.

Another possibility is that the central galaxy is in the throes of aggressive star forming activity which create superwinds flowing away. When these slow down to below subsonic speed, they create a termination shock which would be spherical in shape and produce synchrotron radio emissions. A spherical shape viewed from Earth would also create a brighter outer ring.

There is one final option. “Perhaps the most obvious explanation of a spherical shell of synchrotron emission is the spherical shock from a cataclysmic event in the host galaxy, such as the merger of two supermassive black holes,” say Norris and co. “The resulting shockwave would accelerate electrons in the intergalactic medium, resulting in a spherical bubble of radio emission.”

The internal structure of the bubble could then come from the way this shock wave has interacted with the other galaxies that now lie within it.

So for the moment, the mystery remains unsolved. Astronomers will need more detailed observations to determine exactly what causes odd radio circles.

These may well be forthcoming in the not-too-distant future. ASKAP and MeerKAT are both technology demonstrators for the Square Kilometre Array, a transcontinental radio telescope that will be made up of thousands of dishes in Australia, south Africa and elsewhere. When it switches on later in this decade, it should be capable of images with a resolution fifty times sharper than anything before.

A golden age of radio astronomy is upon us that is likely to find all manner of strange new objects. Odd radio circles are just the beginning.

6 Amazing Images From the James Webb Telescope in 2022