The universe is not only expanding but accelerating away from us. Now a new theory suggests all this could stop sooner than anyone imagined. 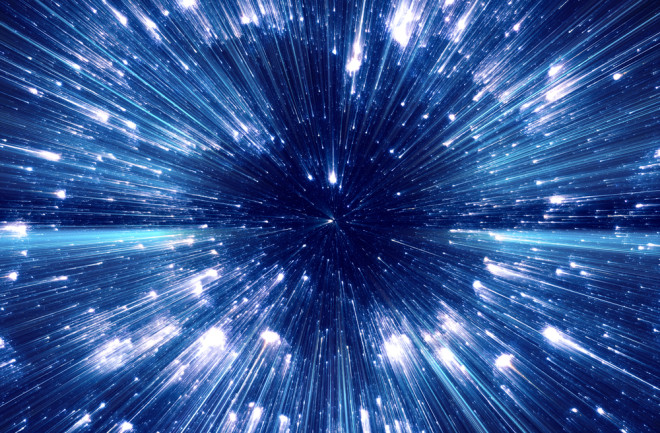 For cosmologists, the origin of the universe is clear. They can see that galaxies are accelerating away from each other and when they play this motion in reverse, the universe contracts to a single event. This suggests it all began some 14 billion years ago in an event we now call the Big Bang.

By contrast, cosmologists are less clear how it will all end. One possibility is that the expansion of the universe will continue to accelerate, driven by a mysterious force called dark energy. In that case the expansion will be infinite and forever.

But another option is that the role of dark energy will lessen over time, causing the accelerated expansion to stop and transition smoothly into a slow contraction. This possibility dovetails neatly with the idea that the universe is continually expanding and contracting in an ongoing cycle.

This second possibility raises an interesting question: when might all this happen?

Sooner Than We Think

Now Cosmin Andrei from Princeton University and a couple of colleagues, have investigated this issue using theoretical models that are consistent with current observations. And they say it could begin sooner than we think, perhaps on a time scale measured in millions rather than billions of years.

Andrei and colleagues begin by considering how the properties of dark energy could change while remaining consistent with the universe as astronomers currently observe it. They then calculate the minimum time before these transitions could begin.

The results make for interesting reading. Andrei and co say the minimum time before the acceleration ends is “strikingly soon, cosmologically speaking”. “In fact, they can be compared to geologic timescales,” they say.

In one scenario they say the minimum time remaining before the end of expansion is roughly equal to the period since life has existed on Earth. That’s 3 or 4 billion years.

In another scenario, they calculate that “the time interval remaining before the end of acceleration is less than the time since the Chicxulub asteroid brought an end to the dinosaurs.” That’s just 65 million years—the blink of an eye in cosmological terms.

There is bad news for astronomers, however. Even if the expansion ended that soon, astronomers would be unlikely to see evidence of it. “Curiously, we could not detect the oncoming dramatic cosmic events given the best-available observations today,” say Andrei and co.

That’s because all the evidence comes from distant objects that emitted light many billions of years in the past, such as supernovas, and the cosmic microwave background, which is an echo of the Big Bang itself.

These objects won't show evidence of this change for a long time to come, although the authors suggest there may be other ways to look for it.

Andrei and co end with a discussion of why the end of expansion should happen now, at the very time that life has emerged to witness it. In answer, they point out that in a cyclic universe that alternately expands and contracts, there is only a short time within each cycle when conditions are ripe for life to emerge. And that’s about now.

All this points to a stunning conclusion: “the end of expansion could occur surprisingly soon,” they say. Although there is no reason to lose any sleep just yet.