Past Lead Exposure Shrank IQ Scores for Millions of Americans

“I was very surprised by the fact that just over 50 percent of the population was exposed to elevated levels of lead.” 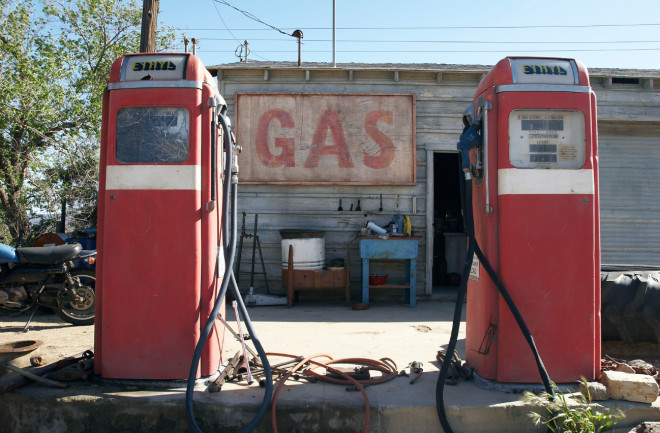 More than half of the U.S. population alive today was exposed to leaded gas exhaust in childhood — collectively stealing more than 824 million IQ points, say the authors of a recent study published in Proceedings of the National Academy of Sciences. More than 170 million Americans born between 1951 and 1980 lost an average of nearly three IQ points each as a result of this exposure, but longer-term health impacts are not yet known.

“Lead exposures are ongoing and they’re larger than we thought,” says Aaron Reuben, a PhD candidate in clinical psychology at Duke University. “First off, lead is toxic to almost every organ in the system. There are implications for health and disease across every field you can think of.” Reuben and his co-authors at Florida State University estimated the impact on IQ, he says, because it’s a clear measure of brain health.

Read More: The Pediatrician Who Woke America Up to the Lead Crisis

Lead is a neurotoxicant and can erode brain cells once it enters the body. We may breathe it in the air, from gas exhaust or lead paint dust, or when drinking water delivered through pipes that leach lead — a plight that occurred most infamously in Flint, Michigan. The U.S. CDC has long said there are no safe levels of the heavy metal in the body, as documented adverse effects from lead exposure in childhood are all-encompassing: damage to the brain and nervous system, cardiovascular system, and bones; slowed growth and development; weaker fine motor skills; lower emotional control; and difficulties with learning, hearing and speech.

The latest study is believed to be the first to estimate lead exposure across the entire U.S. population, says co-author Mathew Hauer, a sociology professor at Florida State University. The researchers used publicly available data on childhood blood-lead levels, leaded gas use and population statistics to determine the likely lifelong burden carried by every American alive in 2015.

“I was very surprised by the fact that just over 50 percent of the population was exposed to elevated levels of lead and some of the cohorts were heavily exposed,” says Hauer. The situation was worse for those born between 1951 and 1980, a shocking 90 percent of whom had elevated levels of lead in their blood. “Over the next 50 to 60 years, we’ll still see 25 percent of the population exposed to lead when they were children,” he adds. “We’ll be dealing with the adverse effects for decades to come.”

Americans born before 1996, when lead was removed from gas, may be at greater risk for lead-related health problems such as faster aging of the brain, Reuben says. In studies that compare animals exposed to lead with those not exposed, the lead-contaminated animals age more poorly; In a study involving primates, published in the Journal of Alzheimer’s Disease in 2011, the long-term effects on the brain look like Alzheimer’s disease. And in New Zealand, the brains of middle-aged people scanned four decades after lead exposure still showed accelerated signs of aging, says Reuben, one of the authors of the 2020 study published in JAMA.

For those born during the peak of leaded gas use, from the late 1960s to the early 1980s, the average blood-lead level for the general U.S. population “was routinely three to five times higher” than the current level for clinical concern (3.5 micrograms of lead per deciliter of blood), according to the newest study. More than 7 percent of those born between 1966 and 1975 — nearly 3 million children — had blood lead levels so high (exceeding 30 micrograms of lead per deciliter of blood), that researchers estimate a 7.4 IQ point deficit per person.

“One IQ point won’t matter for any one person but spread across the population it’s significant. There are fewer geniuses and more people falling into the impaired range struggling to finish school, gain employment and live independently,” explains Reuben, adding that economists have estimated that each IQ point is predictive of a $10,000 lifetime earning potential.

The researchers used national data without collecting geographical information. However, lead poisoning occurred most heavily in communities living downwind of lead-emitting facilities, roadways and busy highways. "We know by looking at the surveillance data that Black children had a much higher exposure to lead,” says Reuben. “We believe those disparities have to do with where those people were living.”

While lead poisoning is irreversible, Reuben says there are other lifestyle choices that may help or harm the brain. “I don’t want people to come away from this feeling like they are fated to have ill health or ongoing problems,” he says. Brain health, dementia and mental illness are multifaceted and Reuben hopes that people will use the new information to protect their brain health moving forward. For example, regular alcohol and cigarette use are unhelpful for the brain, especially as we age, he says. Conversely, regular exercise and social exposure are good for it.

Meanwhile, lead remains an ongoing threat to public health. Although banned from use in paints in the U.S. in 1978, the nation’s older housing stock still contains lead paint and many older homes still contain plumbing with lead soldering. Reuben’s own son, at age 2, had a lead blood level twice the national average while the family lived in an older home.

“Environmental health issues are really hard to tackle by yourself. I can’t clean up my neighborhood’s air,” he says. “The more we learn about this topic, the more we understand that taking a precautionary approach to chemicals, especially when we don’t understand their impact on health, is prudent.”