Why a COVID-19 Vaccine Is Key For Returning to Normalcy

Dozens of vaccines are in the works, with many already in clinical trials. Experts say that an effective vaccine is the safest way to reach herd immunity. 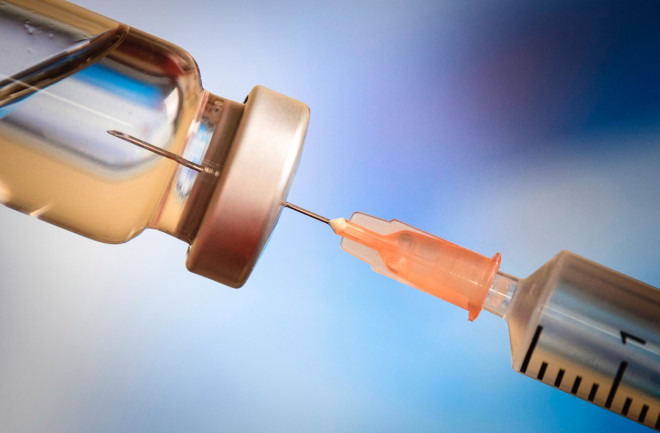 This story originally appeared in the December issue of Discover magazine. Support our science journalism by becoming a subscriber.

For many, the COVID-19 pandemic has reduced life to a sliver of what it was — with a restless feeling that nothing can be done to reclaim it. But there is one last crucial step for us to take before we can return to our pre-coronavirus lives: Get a COVID-19 vaccine when it’s available.

“If we want a society where the economy is back and people can have weddings again with their relatives, we have to have substantial uptake [of a vaccine],” says Saad Omer, an infectious diseases epidemiologist and director of the Yale Institute for Global Health.

The goal is reaching herd immunity — community protection from a virus that’s accrued once a sufficient percentage of the population is immune. In the U.S., early data suggested we will likely need at least 70 percent of the population, or at least 229 million Americans, to be immune before it is safe to resume normal life, according to the Johns Hopkins Bloomberg School of Public Health. Vaccinations are the safest way to get there with the fewest number of infections. And their success requires an all-hands-on-deck approach.

Some newer models suggest herd immunity thresholds could be lower than 70 percent, but Omer says we won’t know for sure until we start vaccinating people in large numbers. And, he says reaching herd immunity is not all about the threshold — vaccines start to offer protection before that point. They directly protect individuals from getting the disease, he explains, and they indirectly protect communities, since those who are vaccinated decrease the spread.

Think of vaccine effectiveness in a community playing out in a dry forest, where each individual is a tree, Omer says. When you protect each person through vaccination, it’s as if you’re removing trees and decreasing the chances that an infection will spread like wildfire throughout the forest.

On June 30, the FDA announced it would approve a COVID-19 vaccine if it has at least 50 percent efficacy. Omer is hopeful that COVID-19 vaccines will have more than 50 percent efficacy, but even at that level, it would be good news. “It would still be an incredibly useful vaccine,” he says. He adds that it might turn out that it can reduce the impact of the virus on vulnerable populations while a higher efficacy vaccine is developed.

When the first vaccine is eventually approved, who can get it and where won’t be entirely your choice. It’s likely that the first vaccine doses will be given to frontline health care workers and the most vulnerable among us, including people over 65 and those with underlying medical conditions. After that, the vaccine will likely be more widely available at pharmacies, doctor’s offices and workplaces.

But even when the plans for vaccine distribution are set and ready to go, enough people have to be willing to get it. A Gallup poll released in August revealed that 35 percent of Americans would not get a COVID-19 vaccine. “If that happens, we will have reduced numbers because some people will get it, but we may continue to see flare-ups for a while,” says Omer. “That’s not a good scenario.”

With over 30 vaccines in clinical trials around the world, the race is on to see which will be first. But defeating the coronavirus will depend, in part, on how many people show up at that finish line to receive a vaccination.

The measles vaccine is one of the most effective vaccines ever produced — it’s 97 percent effective after two doses. Meanwhile, the effectiveness of the annual flu vaccine fluctuates between about 40 and 60 percent. But that doesn’t mean you should skip your flu shot. The flu vaccine during the 2017–18 flu season was found to be only 40 percent effective, but the Centers for Disease Control and Prevention (CDC) estimates that it still prevented 6.2 million infections and 5,700 deaths. What’s more, a 2017 CDC study published in Pediatrics found that flu vaccines reduce the risk of a child dying of influenza by 65 percent.

How Hot Spots Crop Up

In 2019, the CDC reported 1,282 cases of measles — the largest number seen since 1992 — with over 73 percent linked to the same areas in New York. Two outbreaks that began in late 2018 fueled the high numbers into 2019. Both were caused by the return of an infected international traveler into communities with low vaccination rates. The World Health Organization included what’s called vaccine hesitancy in its top 10 list of global health threats in 2019. One study published in the Journal of the American Medical Association found that children whose parents opted them out of vaccination were 35 times more likely to contract measles. The same study found that refusals of vaccinations tend to cluster in the same geographic areas, which is what leads to outbreaks.

More From Discover
Technology
The Hidden Science Behind Video Games Like The Last of Us
Planet Earth
What is the Doomsday Clock and Why Should You Care?
Health
Scientists Say Corpses Can Carry and Spread COVID-19
Health
When You Should Get the COVID-19 Booster After Infection
The Sciences
Our Top 10 Science Stories of 2022
Health
Could COVID-19 Be Changing Who We Are?
Recommendations From Our Store
My Science ShopDiscover STEM Kits
My Science ShopDiscover 2022 Calendar
My Science ShopStrange Science
My Science ShopElements Flashcards
Shop Now
Stay Curious
Join
Our List