Are Rocket Scientists and Brain Surgeons Any Smarter than the Average Person?

Research suggests not — but don’t worry, they still know what they’re doing. 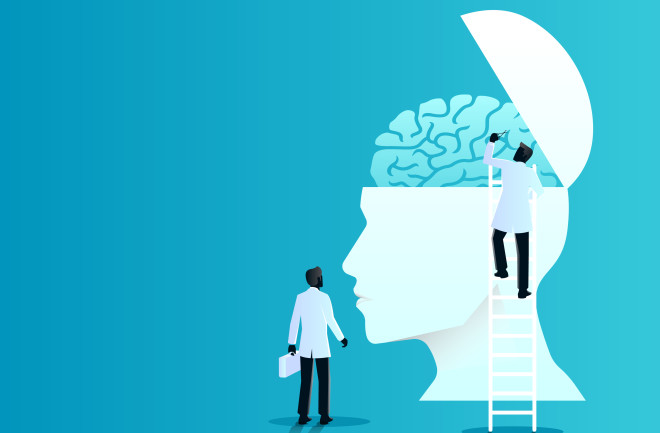 New research has challenged the premise of the adage, “it’s not brain surgery.” It turns out that brain surgeons — and rocket scientists, for that matter — are no more and no less intelligent than the average person.

In a paper published this past December in The BMJ, researchers recruited 72 neurosurgeons and 329 aerospace engineers to complete an online test that gauged their reasoning, attention, emotional processing, memory and planning abilities. The participants lived in Canada, Europe, the United Kingdom and the United States and their scores were compared with the grades of more than 18,000 members of the general public.

Overall, the results didn’t place brain surgeons or rocket scientists above the public, but there were some minor differences. Neurosurgeons were better able to solve problems compared to the general population, but their memory recall speed was slower. Aerospace engineers, however, were in line with the general public across all areas.

While these findings might initially sound worrying to, say, a patient awaiting brain surgery, they really shouldn't: The tests used in the study don’t measure the competency of a neurosurgeon to operate on someone, just their generalized intellect. “It still requires hard work, training and sacrifice to do one those careers,” says study author Aswin Chari, an academic neurosurgical trainee himself. “So, those jobs still deserve respect, but they’re not about generic intelligence skills.”

In other words, neurosurgeons and rocket scientists are often great at their jobs, applying knowledge acquired through years of study and vocational training, but then again so are teachers, lawyers and nurses, to name a few. Someone who happens to be brain surgeon or a rocket scientist isn't inherently smarter by virtue of their profession. “That might sound like an odd thing for someone who will be a brain surgery to say,” jokes Chari. “But these findings might have the beneficial effect of breaking down stereotypes and thereby increasing the range of people interested in these careers and STEM careers more generally.”

A significant part of the problem, says Chari, is the bravado that comes with professions like neurosurgery. Shattering the illusion that you must be some sort of super genius to become a brain surgeon may therefore broaden the spectrum of people who consider it as a viable career path, he says.

In another research paper — published last year in the Journal of Neurosurgery — Anil Nada, a neurosurgery professor at Rutgers University, and his colleagues pooled the findings of 39 separate studies that examined the barriers women face in neuroscience careers. The lack of mentorship was the most cited factor. According to their findings, if a critical number of women could be successfully encouraged to go into neurosurgery, it may have a snowball effect. “Mentoring plays a crucial role for all trainees, but it has been found to have a particularly strong impact on women, especially in male-dominated fields,” the researchers concluded. “Female medical students are more likely to enter programs with a higher proportion of female residents.”

Should more women go into surgery, it could have a beneficial knock-on effect for patient safety, too, especially for female patients. Researchers recently analyzed the outcomes of 1.3 million surgery patients in Canada and found that women who are operated on by male surgeons are 32 percent more likely to die, compared to women who are operated on by female surgeons. Male patients were also 13 percent more likely to die if treated by a male surgeon. The cause of this divide is not entirely clear, but some observers have blamed sexism, arguing that more women need to be recruited into the profession and supported throughout their training.

What Is The Secret To COVID-19 'Super-Dodgers'?