Do You Have an Inner Voice? Science Can’t Agree If Everyone Does

Mental conversations, either one-sided or with multiple participants, can be difficult to study. That's why it's hard to tell whether some people lack them, or just experience them differently. 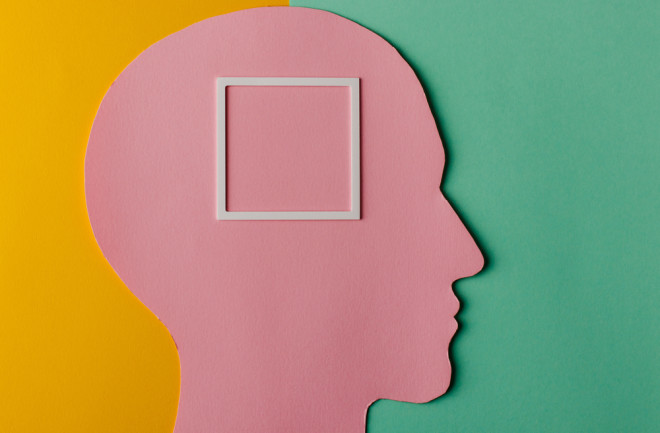 If you’re the kind of person who often relives an argument — dredging up all the insults that were levied at you while imagining all the comebacks you should’ve unleashed but didn’t — then rest assured, this ability may help you to think more creatively and experience more fulfilling social interactions.

The psychological phenomenon in which a person imagines hearing a voice in their head can be split into two categories: inner monologue and inner dialogue. Although philosophers have discussed the concept of an inner voice for centuries, it wasn’t until the 1990s and early 2000s that formal psychological descriptions began to emerge.

As for inner monologues, most people have them. Essentially, it’s the voice you hear when talking to yourself in your head. For example, you might mentally vocalize things like “don’t forget to buy the milk” when compiling a shopping list. It can also be as basic as one word, like a particular four-letter one that pops up when you stub your toe. Our use of self-talk can vary; for example, people with autism tend to think more visually when planning for the future.

Inner dialogue, meanwhile, is a lot more complicated. It’s often composed of longer, whole sentences coupled with an interplay between several characters. A person may imagine themselves speaking with someone else — either remembering a previous, real-life social interaction (such as a frustrating argument) or a totally fictional exchange (what you might say if you met your hero, for example).

Experts think it may be possible that not everyone has an inner dialogue, or that some people report it far more than others.

These “imagined interactions,” as inner dialogues are sometimes called, are probably a good thing, explains James Honeycutt, a psychologist at the University of Texas at Dallas. Self-contained talk, overall, can help us accomplish mental goals like planning and problem solving. “People who imagine dialogue are associated with having better relationships and greater empathy,” he says. “They can also be at an advantage in the workplace because they often rehearse things like presentations or negotiations, so they’re better prepared. Even if things don’t go according to plan, they can better adapt to that.”

To be clear, Honeycutt isn’t talking about routine preparation for a presentation when you might run through your slides, time yourself and check the facts. Most anyone can do that. Inner dialogue occurs more subconsciously. “Imagined interactions are essentially a component of daydreaming,” says Honeycutt.

That said, you can have too much of a good thing. “It can also be dysfunctional. For example, if someone can’t forgive or forget because they’re constantly playing arguments over and over,” Honeycutt says.

The Challenge With Studying Inner Conversations

Brinthaupt doubts survey responses in which people say they don’t have an inner voice, and he suspects a problem with questionnaire formats. “Is it even possible not to talk to yourself? That almost sounds like the same as not thinking to me,” he says. Brinthaupt has a few theories as to why people self-report never engaging in self-talk or inner dialogue.

For one, it’s possible that survey participants don’t fully understand what psychologists mean when they ask them whether they have inner voices, Brinthaupt says. Also, they might not be completely aware that they have an inner monologue because it’s not always a fully conscious experience — or it may embarrass them. Stigma still surrounds any mental health topic, so people may worry about giving psychologists the wrong impression regarding voices in their heads. “We do our best to measure it, but what all this means is that it can be messy,” says Brinthaupt.

Accepting these limitations, Brinthaupt and colleagues quizzed 300 university students in a 2020 study published in Frontiers in Psychology. They provided subjects with a series of questions designed to examine the relationship between internal monologues and inner dialogues. The results showed that those who frequently use their inner monologue, or even just talk to themselves out loud, are also more likely to indulge in inner dialogues. It also showed that these habits might vary by culture: U.S. participants reported, on average, more frequent inner dialogues and monologues than those from Poland.

All of this leads to the inevitable question: Does it matter if certain people engage their private voices differently? If so, what are the potential applications of this knowledge? We need to study inner voices far more to answer that question, says Brinthaupt, because a lot of what we assert now — such as higher-quality social interactions and improved creativity being associated with inner dialogue prevalence — comes from studies that struggle to properly measure the phenomenon in the first place. In truth, we might never know a whole lot about it because people’s secret social lives are so tricky to pin down.

Exploring the Effects of Music on Creativity

More From Discover
Planet Earth
Can Animals Learn Language Like Humans Do?
Mind
5 Natural Ways You Can Improve Your Memory
Health
Alzheimer’s Drug Approval Sparks a Firestorm
Mind
Why We Love Fall So Much
Mind
Does Knowing Your Learning Style Help You Learn Better? Science Says No
Mind
How Fonts Affect Learning and Memory
Recommendations From Our Store
My Science ShopDiscover STEM Kits
My Science ShopDiscover 2022 Calendar
My Science ShopStrange Science
My Science ShopElements Flashcards
Shop Now
Stay Curious
Join
Our List