Researchers find evidence that adds to the complex pre-Columbian civilizations in the Amazon rainforest. 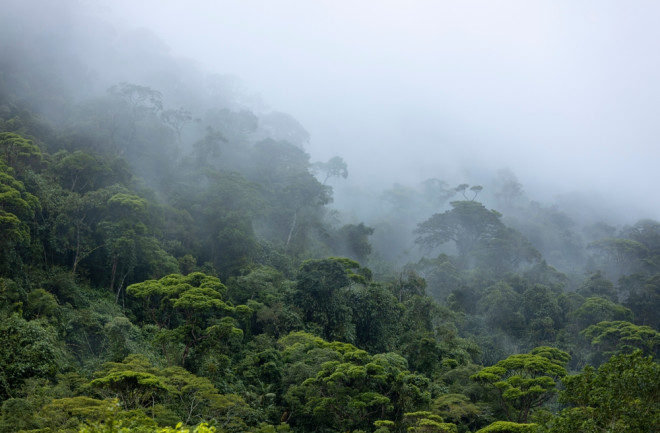 Until the conquistadors arrived from Spain, wiping out many tribes in the process, experts thought the Amazon was largely untouched. The region was only hospitable to small communities of nomadic hunter-gatherers because of the soil’s poor quality.

But Heiko Prümers at the Deutsches Archäologisches Institut in Berlin and colleagues used Light Detection and Ranging (Lidar) technology to reconstruct a vast and complex urban society – originally lost to time – in the Llanos de Mojos region of the Bolivian Amazon.

They found that the Casarabe society built complex and vast structures between A.D. 500-1400. The society decorated their cities in the annually flooded savannah with tall ceremonial structures, moats and interconnected roads and checkpoints.

The lost civilization on the southwestern frontier of the Amazon is of a scale and complexity unlike any other previously discovered in the region, researchers say, and prove that cities in the Amazon did exist.

They made the monumental structures out of mud brick and connected their cities through 600 miles of canals, raised causeways and a complex system of reservoirs and lakes used to irrigate crops.

"The scale, monumentality and labor involved in the construction of the civic-ceremonial architecture, water management infrastructure […] compare favorably to Andean cultures and are to a scale far beyond the sophisticated, interconnected settlements of southern Amazonia,” says Mark Robinson at the University of Exeter and one of the study’s co-authors.

Curiosity and rumors inspired many bold explorers in history to discover lost cities in the Amazon. Many found no sighting of the legendary city of El Dorado, but instead contracted a deadly disease, or simply never returned.

Rather than chasing rumors or hunches, researchers now have evidence. Previous surveys of the region suggest that some of the most complex pre-Columbian societies, in the entire Amazon basin, developed in modern day Bolivia. The true scale was largely hidden to the human eye, however, and hard to reach in person. Lidar technology revealed findings beyond the team’s expectations.

Researchers fired lasers from a helicopter and generated computer models of the lost structures, revealing 26 settlements in new detail and 11 that were previously unknown.

The sites had two urban centers — Cotoca and Landívar — that concentrated many of the structures, monumental mounds and pyramids.

The cities branched out to settlements of four tiers, which got smaller the further away they were from the urban hubs. Raised causeways that cut through the savannah for up to 3.7 miles (six kilometers) connected the settlements.

Researchers have never found such a clear example of a low-density urban structure in the Amazon basin. And Michael Heckenberger, an anthropologist at the University of Florida, has been waiting for this discovery.

Heckenberger posited in a 2003 paper that pre-Columbian Amazonian urban societies had existed based on his archaeological studies of settlements in the Upper Xingu region in the Brazilian Amazon.

“We were criticized because they didn't fit the classic model of the city which requires big monuments, big buildings and clearly defined centers that are capitals,” Heckenberger says.

The societies he studied did not have the large pyramids and temples revealed in the Llanos de Mojos discovery. “And here they are — those platform mounds, the step mountains, the u-shape structures. And the scale of individual or singular settlements is certainly in a range that anywhere else on the planet would be described as urbanism,” says Heckenberger.

The authors do not know exactly how many people lived in the lost civilization, but its architecture suggests it was vast. Cotoca was the nucleus of an area spanning 193 square miles (500 square kilometers), which contained 18 other monumental sites, three secondary tier settlements, two second tier centers and clusters of small fourth-tier sites. Its population may have been in the tens of thousands, Heckenberger tentatively estimates.

Experts believe the new Bolivia site is one of the earliest in the Amazon to occupy people. The community lived on domesticated crops — manioc and rice — that they cleared from the forest, and they constructed irrigation systems. The people did not just live on the mammals and fish they speared.

Researchers suggest re-visiting the history of the Amazon because of these findings and the growing evidence of the last two decades.

Advances in technology, such as Lidar, have allowed academics to reconstruct several lost civilizations. Studies in the state of Mato Grosso and elsewhere in the Brazilian Amazon have revealed that the Amazon was not a pristine carpet of vegetation until modern society colonized the region.

Professor Hans Ter Steege studies the diversity of the Amazon’s fauna for the Amazon Tree Diversity Network. He says the Bolivia study “adds to the growing knowledge of human-built structures, suggesting rather large deforestation, large-scale landscape modification and likely domestication of the forest, in western Amazonia and central America. […] It's more proof that the Amazonian forests may be less pristine than was thought.” Ter Steege suspects there are more sites to uncover.

Researchers say that studying these past societies may help conserve the Amazon, a haven of biodiversity and a defense against global warming. Studying precisely how these communities functioned could offer some lessons on how large agricultural societies can use the forests without destroying them.

“Indigenous people not only managed forested landscapes, but also created urban landscapes, which can significantly contribute to perspectives on the conservation of the Amazon,” says José Iriarte, an archaeologist at the University of Exeter in the U.K. and a co-author of the study.